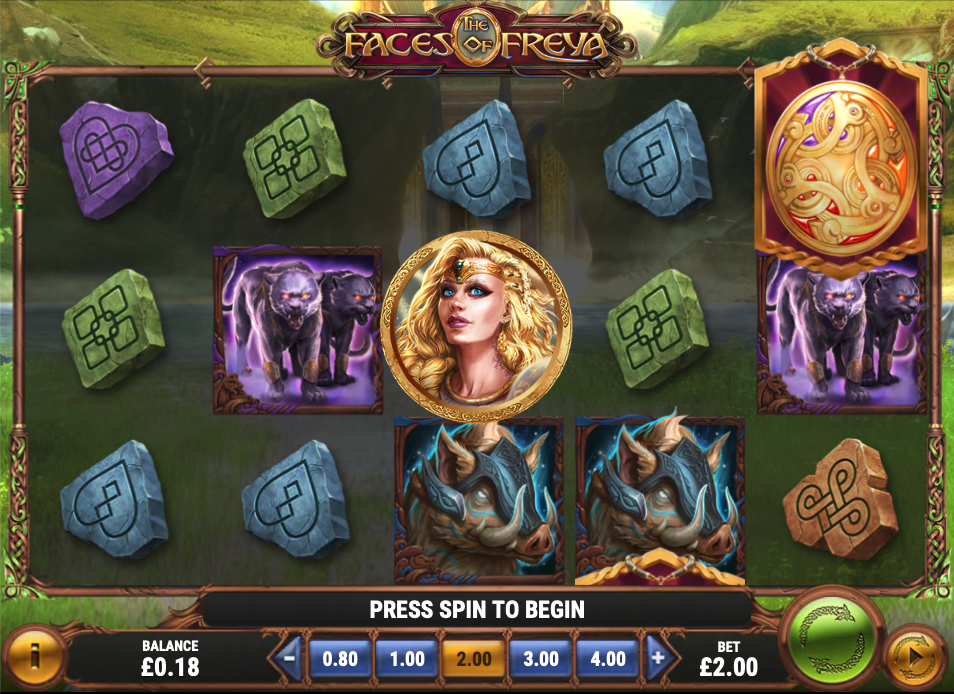 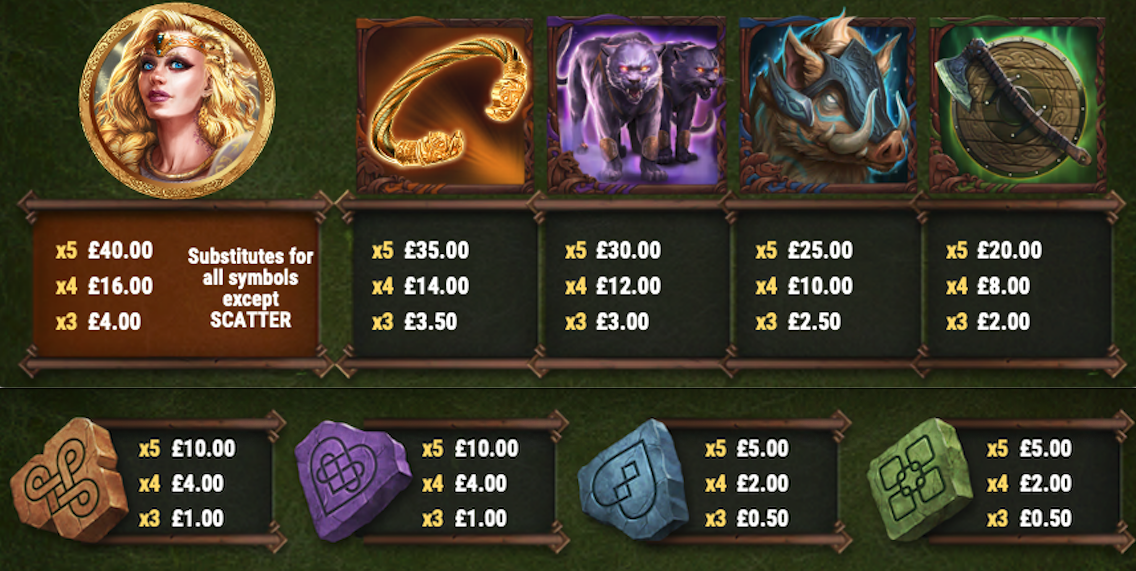 Freya is perhaps the Norse goddess best known for riding a chariot pulled by cats and therefore she definitely deserves an online slot completely devoted to her existence – this one’s called The Faces Of Freya, it’s developed by Play N Go and from £0.20 per spin it gives players the chance to win an enhanced free spins round, and the FOLKVANG progressive free spins feature.

The Faces of Freya is a five reel slot with three rows and twenty fixed paylines; play in full screen and you’ll be treated to a Scandinavian backdrop full of mountains, meadows and stone sculptures.

High value symbols include the golden torque, her cats (actually more like panthers), the boar Hildisvini and the shield and axe; runes carved into playing card shapes represent the lower values. Freya is of course wild and her golden necklace is the scatter symbol.

The Faces Of Freya Bonus Features

This is triggered by landing at three of the necklace scatter symbols anywhere in view and you’ll start with six free spins but there’s an extra one available with each scatter landing during this feature. Three things happen first though:

If you’re lucky this feature can also be triggered with just two scattered necklaces and a little help from the game.

This feature is named after the field watched over by Freya where half of the vanquished Vikings go – the other half go and meet Odin.

It’s triggered by landing four or five scattered necklaces anywhere in view and you’ll get to play through four stages:

Hopefully that’s all clear but for a bit more clarity have a look at our gameplay video above in which we triggered the FOLKVANG and ended up with about 67x the stake (demo play only unfortunately).

The Faces of Freya is a superb slot which integrates plenty of source material into the gameplay and provides us with two really clever features, especially the FOLKVANG; we would advise you not to miss this entertaining outing.

The Faces of Freya FAQs

The faces of Freya is a Norse god-themed five reel slot with three rows and twenty five paylines.

Yes! Free spins based on Freya’s areas of interest – Love, Sorcery & War along with FOLKVANG, a four stage free spins round with upgraded symbols, extra wilds and increasing win multipliers.

The Return To Player percentage for Diamond Blast Zone is 96.20%.

How To Win On The Faces Of Freya?

Land at least three matching symbols or wilds starting from the left hand side; trigger one of the bonus features.

Where can I play The Faces Of Freya then?