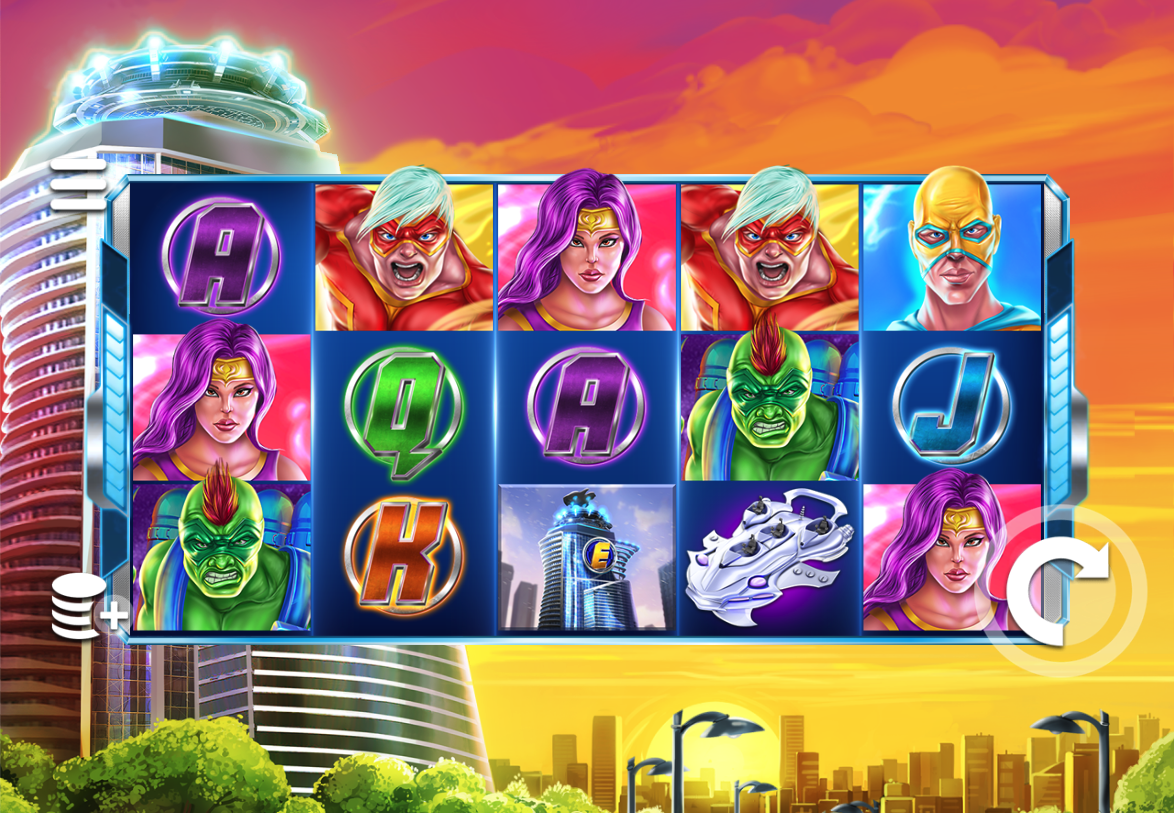 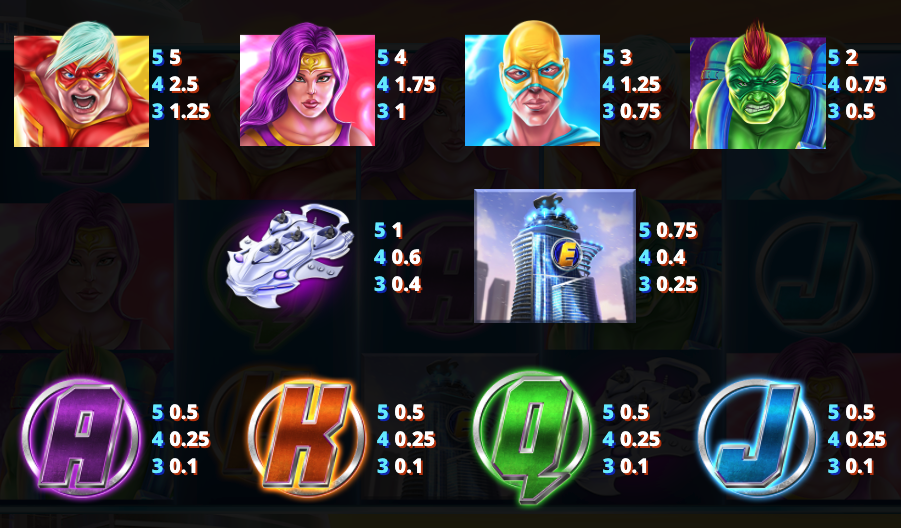 A team of colourful superheroes are here to save the day in this futuristic online slot from Leander Games – it’s called The Expandables and our heroes are ready to award a choice of four free spin modes, an expanding feature and the Hero Swap bonus.

The Expandables takes place some futuristic city where the five reels and 243 paylines float above a shimmering city skyline basking in the glow of a huge setting sun; the silvery building on the left hand side fills up the foreground and acts as the HQ for our gang.

Four of the high value symbols are the various shiny superheroes along with teams’ craft and the headquarters; J, Q, K and A make up the lower values. There’s no wild symbol in the base game and the The Expandables logo is the scatter.

Trigger this feature by landing three of the scatter symbols anywhere on reels one, two and three and you’ll get to select one hero to define this round; when the spins start all heroes landing will transform into your chosen one to help out with potential wins. The hero you pick will also award different numbers of spins as shown below – the lower number of spins the higher risk/reward and vice versa.

There’s also an extra row added during this Rond which increases the number of paylines to 1024.

Some heroes can land on the reels with a golden frame around them and if they are involved in a winning combination they’ll expand to fill the whole reel, possible creating more wins.

If a mixture of heroes appear on reels one, two and three without creating a win there’s a chance this feature will activate and transform all heroes in view to matching ones.