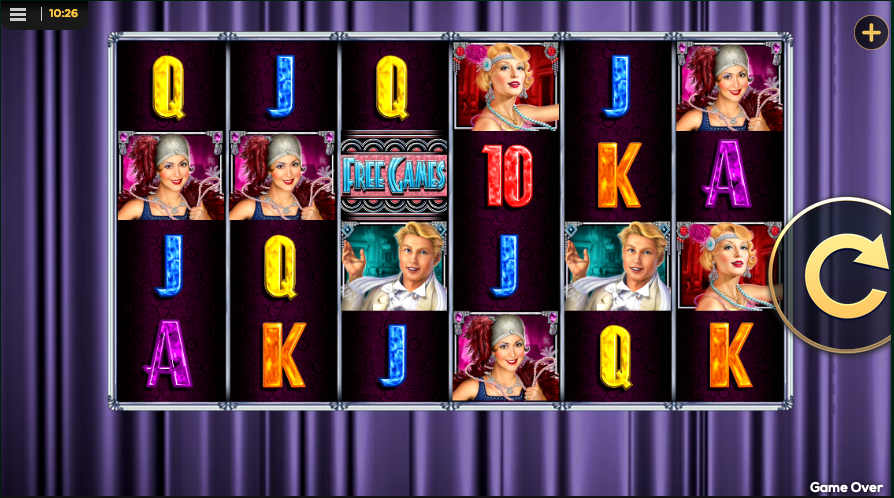 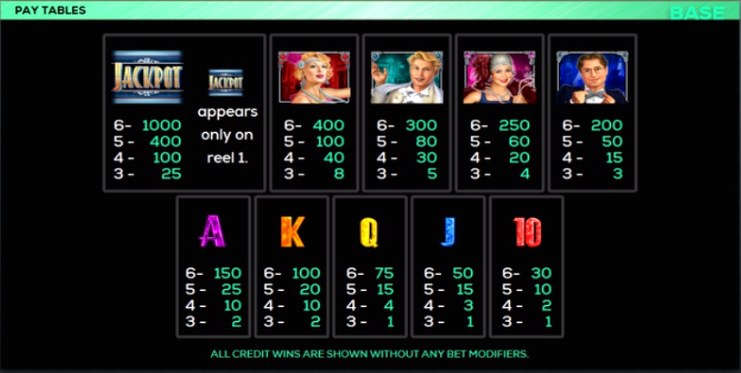 The hedonistic years between the wars is the historical setting for this online slot from High 5 Games which is themed on one of the popular dances of the time; it’s called The Charleston and it offers players free spins, extra wild symbols and a jackpot prize.

The Charleston is a six reel slot with four rows and 466 paylines; those reels spin within a neat silver frame and while you won’t hear the tune in question during standard gameplay, landing a winning combo will reward players with a short busrt of piano jazz.

The high value symbols include the Jackpot (which appears only on reel one) and four characters from this musical story; 10, J, Q, K and A represent the lower values.

The Charleston logo is wild, it appears everywhere except for reel one and it will replace all other standard symbols to help form winning matches; The Free Games symbol is the bonus.

There’s no bonus symbol on the reels during this feature so it’s not possible to win any more spins.

The Charleston is not our favourite High 5 slot but it’s perfectly playable and potentially profitable once the free spins are triggered and there’s a bit of jazz every now and then to accompany the gameplay.