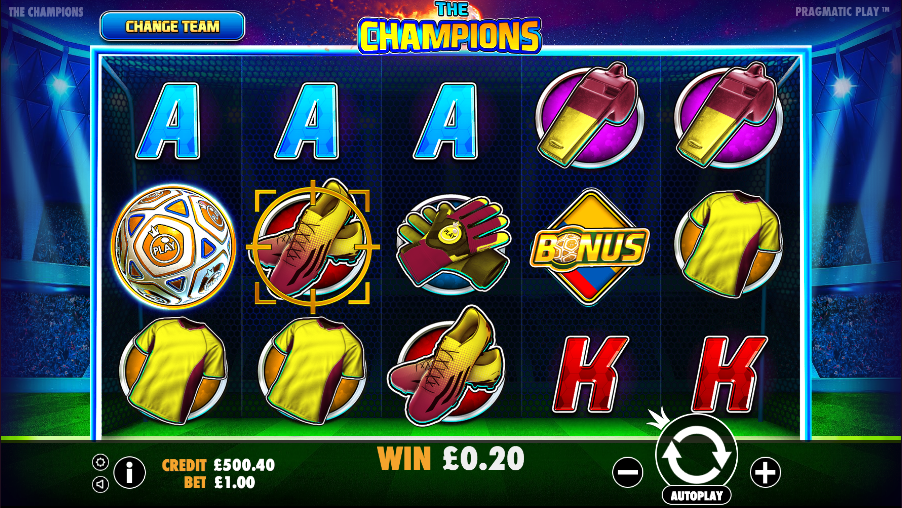 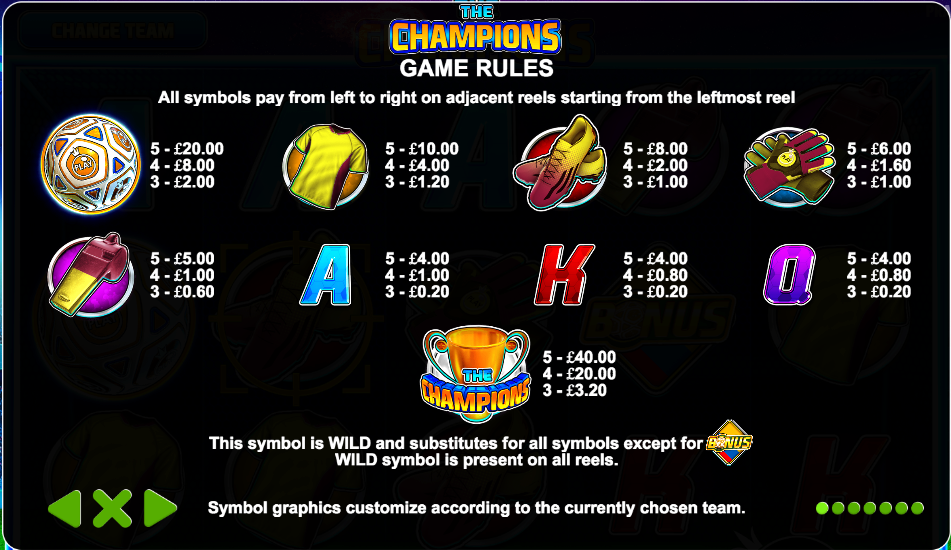 Whether there’s a a major football tournament on this year or not, there’s never a bad time to play an online slot themed on the beautiful game and here we have The Champions, a release from Pragmatic Play with two interesting bonus features.

The Champions is a five reel slot with three rows and twenty five fixed paylines; those reels spin within the confines of a goalmouth as a stadium full of spectators cheers on in the background. When the game loads up you’ll be prompted to choose one of thirty two national teams and this will determine the colour of the shirt and the bonus symbol.

The higher value symbols include a football, a shirt, a pair of boots, some goalkeepers gloves and a whistle; Q, K and A make up the lower values.

The trophy is wild and will substitute for all others to help form winning combinations except for the bonus symbol.

This is triggered by landing at least three of the bonus symbols anywhere in view and you’ll now get to take five penalties by clicking on various parts of a goal and of course the goalie will try to save them. There’s an increasing prize for scoring more goals:

This is not really a progressive jackpot game as such but it involves the symbol position on which there’s a target (you can move it around); if the football lands within this target, the next ten spins will apply a 2x multiplier to all wins. If another football lands in the target during those ten spins then the level/multiplier increases again and the spins are reset to zero – it progresses like this:

The multiplier won’t get any higher than 20x but you can keep resetting the spins to zero as long as you keep hitting the target.

There’s plenty to like about The Champions so why not give it a go as a warm up to whatever may or may not be happening this summer (depending when you’re reading this); this slot comes with two clever bonus features and an RTP of 96.51%.