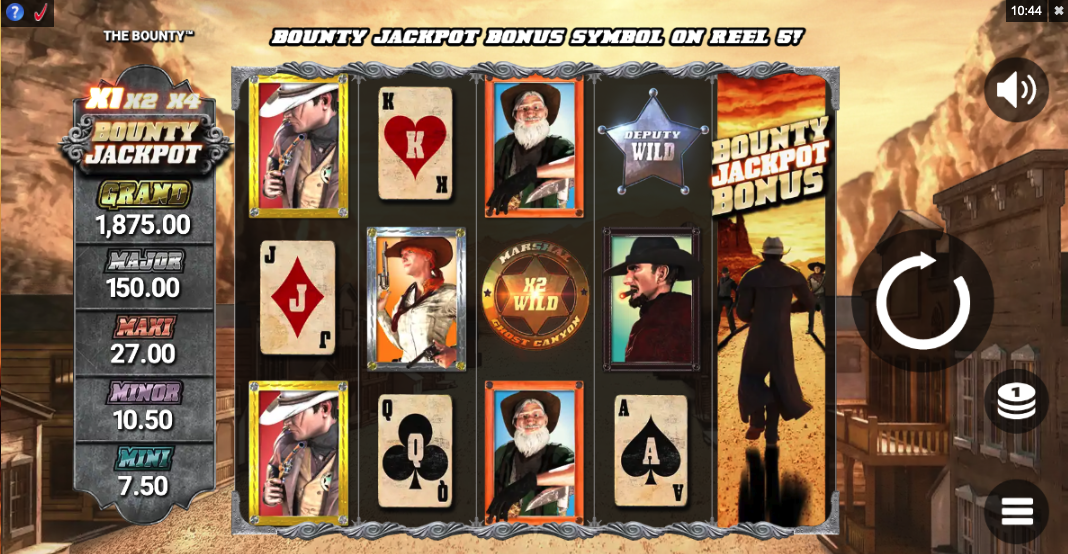 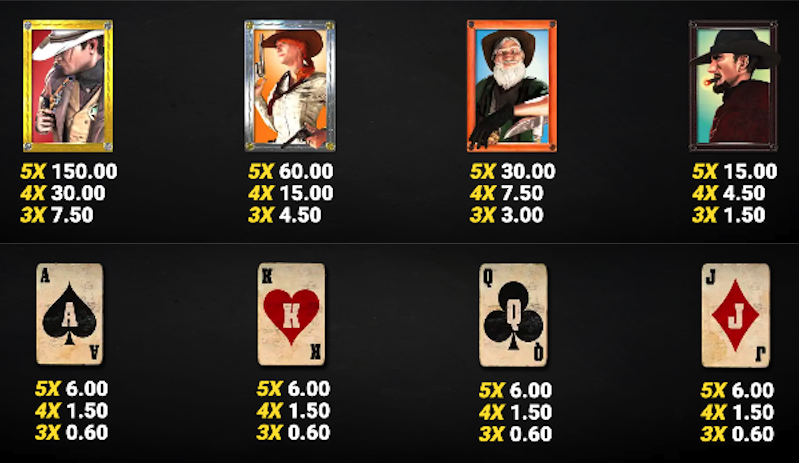 Life for the law men and women of the Old West was pretty busy and it seems only right that there should be an online slot machine developed in their honour; this one’s called The Bounty, it’s from Microgaming/Snowborn Games and from £0.15 per spin it promises players two free spin rounds and some jackpot prizes.

The Bounty is a five reel slot with three rows and fifteen fixed paylines; behind those gilded, silver reels there’s a clapperboard town wedged into a sun-baked valley. The five jackpot prizes are displayed on the left hand side.

The four high value symbols are all characters from this story while the lower values are playing cards featuring J, Q, K and A; the silver and gold sheriff’s stars are wild with the gold one multiplying any wins by 2x. The special symbols are the Bounty Jackpot Bonus on reel five and the Ambush Bonus on reels three, four and five.

Landing the stacked Bounty Jackpot symbol fully in view on reel five will trigger this feature and award ten free spins; the task in this round is to collect six matching ‘Wanted’ posters before the spins end to win that particular jackpot. More than one jackpot prize can be won here and if a golden ‘Wanted’ poster turns up then the prize is doubled.

This is triggered by landing three of the Ambush Bonus symbols anywhere on reels three, four and five; eight free spins are your reward which start with a 2x win multiplier. Landing a bullet during this round will add an extra spin and the dynamite will increase the win multiplier by 1x.

The Bounty is an action-packed trip to the Old West where there are some big prizes and clever bonus features awaiting the luckier players; the RTP is a little low at 94.00% but don’t let that put you off too much.