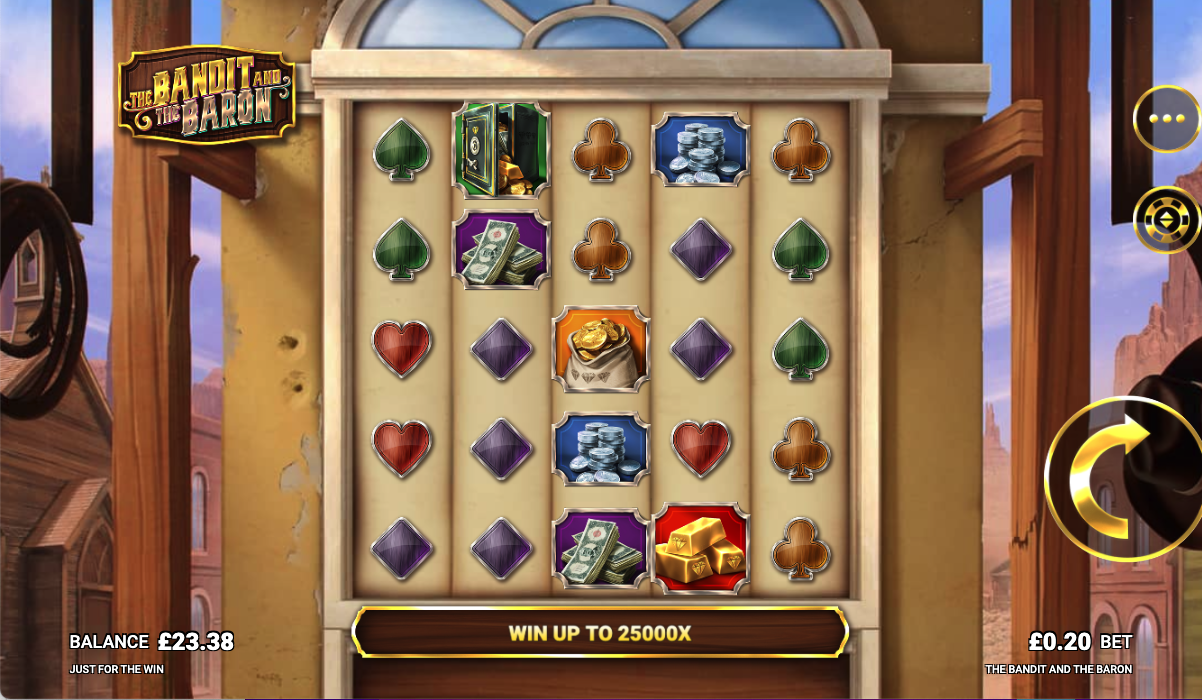 The Old West is once again our destination as we try out this online machine which concerns the story of The Bandit and the Baron; it’s developed by Just For The Win and from £0.20 per spin it tempts players with stacked high value symbols and the Bandit Bonus respins.

The reel spinning action takes place in some dusty western town surrounded by lofty rock stacks and we have five reels and twenty five paylines to play with; there’s a traditional cowboy tune to keep the action ticking along and some nice graphics to admire under the clear blue desert sky.

The high value symbols include a safe, a pile of gold bars, a sack of gold coins, some wads of banknotes and stacks of silver coins; playing card symbols in various colours represent the lower values. The Baron is wild and he can appear stacked on the reels, substituting for everything except the bandit bonus symbol.

The Bandit and the Baron Bonus Features

This is the main feature and it’s triggered by landing three of the Bandit symbols fully or partially anywhere on reels one, three and five; You’ll now get an initial three spins on a set of reels which displays twelve locked spaces and thirteen blank spaces.

There are only three symbols in play during this feature:

The round is over when the spins expire and the payout is then calculated.