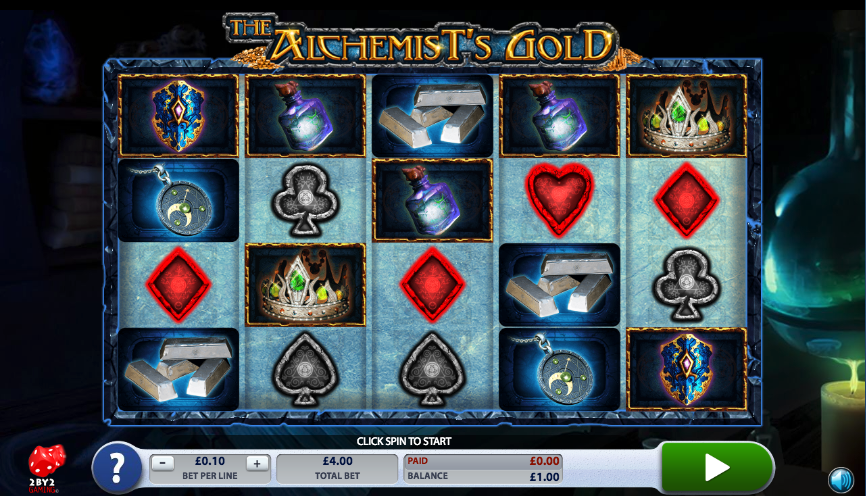 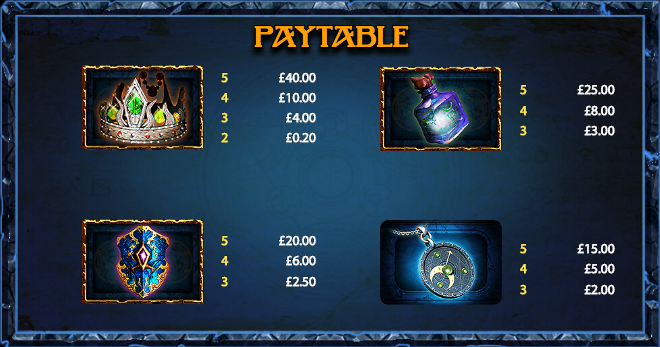 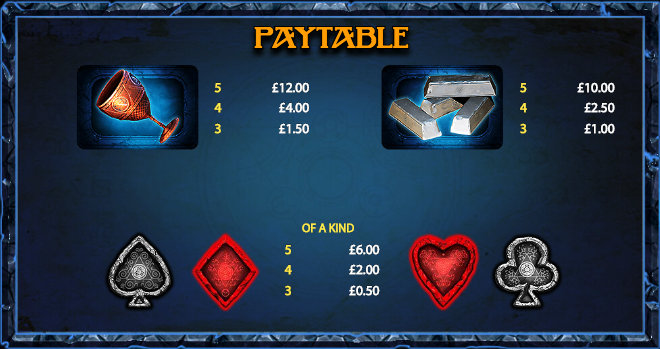 Historically the aim of the alchemist was to turn a base metal into gold, a physical impossibility of course but not if you subscribe to the theme of this online slot from 2By2 Gaming; it’s called The Alchemist’s Gold and there are some big prizes and free spins on offer.

The Alchemist’s Gold is a five reel slot with three rows and forty fixed paylines; it’s a bit murky behind the aged stone reels but this looks like the laboratory of someone who doesn’t want to give away any secrets.

The high value symbols are various medieval items including a crown, a potion, a shield, an astronomical pendant, a bronze cup and some gold bars; black and red playing card symbols make up the lower values.

The grinning alchemist is wild, he appears on reels two and four in the base game and he’ll replace all other symbols to form winning combos except for the purple gem scatter icon.

This may is triggered if a stack of wild symbols completely covers reels two and/or four in the base game; all symbols in view will turn gold and be worth 2x to 5x the standard value for any wins.

This is triggered by landing three, four or five of the purple gem scatter symbols anywhere in view for which you will receive 10, 15 or 20 free spins respectively; you will now get to choose from the following options:

In both modes more spins can be triggered by landing three, four or five scatter symbols again.

The Alchemist’s Gold doesn’t really offer anything groundbreaking but it’s a solid enough slot with a couple of nice features and some neat graphics; it comes with an RTP of 96.02%.