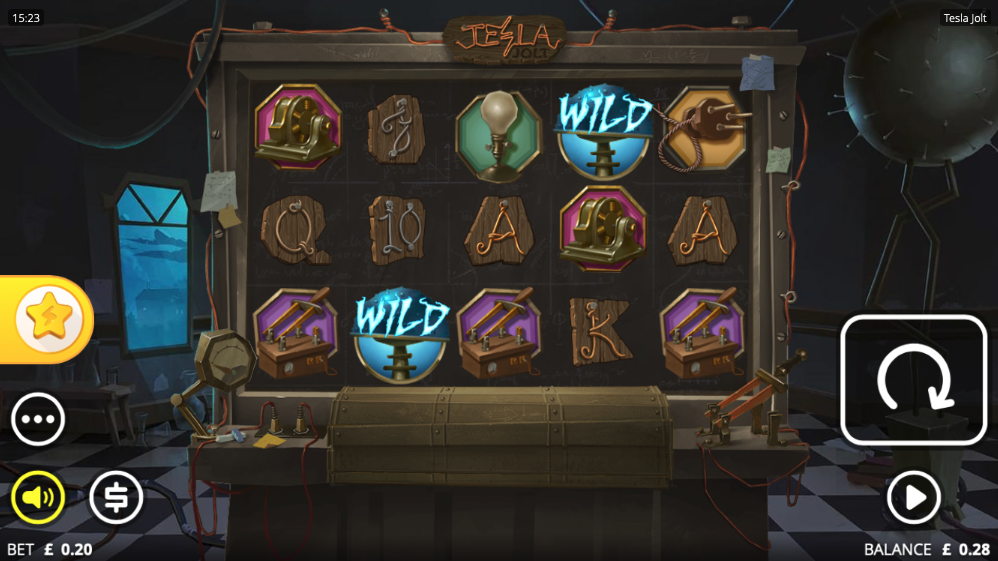 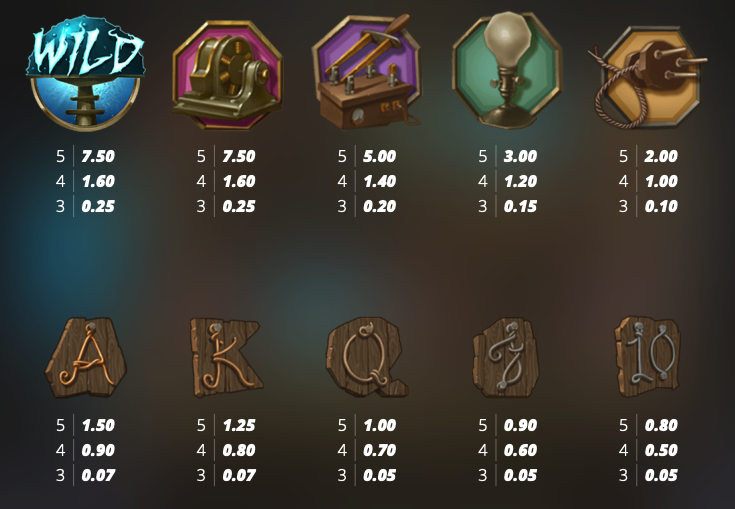 Nikola Tesla was a pioneering electrical engineer and inventor who clearly deserves his own online slot machine and here it is – Tesla Jolt is a game developed by Nolimit City which offers players a range of electrically-themed shocks and features from £0.20 per spin.

Tesla Jolt is a five reel slot with three rows and twenty fixed paylines; the setting is Tesla’s lab and it’s lit by moonlight streaming through the window and the occasional crackle of glowing electricity from the charged ball on the right hand side.

High value symbols include the rotary electricity generator, the switch, the light bulb and the plug; 10, J, Q, K and A represent the lower values. The fizzing ‘Wild’ is wild and it replace all other standard symbols to help create winning combinations.

When the Tesla Jolt symbol appears it will turn all instances of one symbol wild along with itself, hopefully helping out with a win.

Landing three, four or five of the Tesla scatter symbols anywhere in view will award 10, 15 or 20 free spins respectively; there’s an extra wild symbol in play during this round which appears on reels two, three and four and each time it lands it will be collected. When three have been collected they will be placed back on their reels and this will also happen if the time-lapse trigger lands on reel five – up to three extra spins will also be awarded.

Tesla Jolt is a very entertaining slot and a fitting tribute to one the worlds’ great inventors; electricity-themed features are the order of the day here and there’s a refreshingly high RTP of 96.61%.