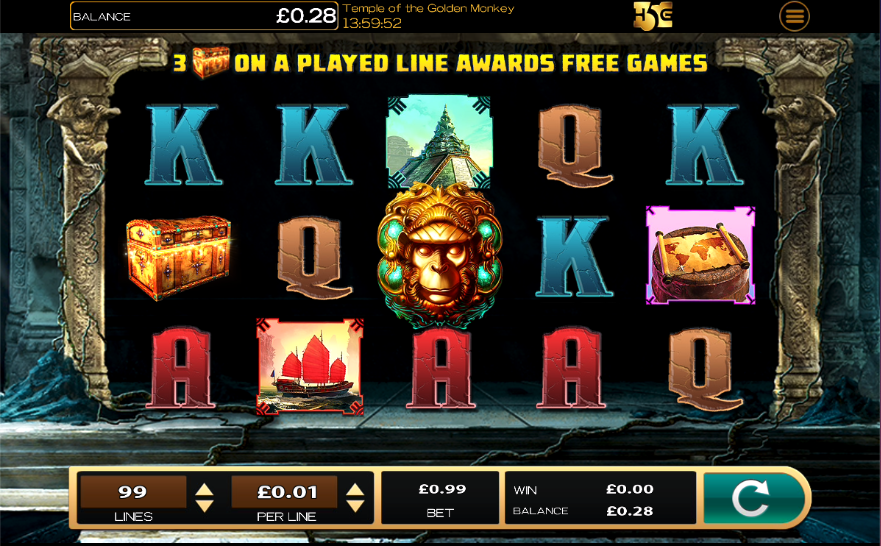 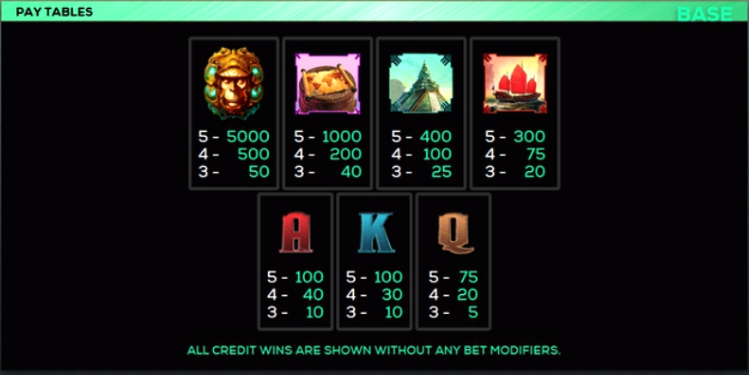 If you’re looking for an online slot with a bit of built-in mystery then why not check out Temple of the Golden Monkey; it’s developed by High 5 Games and the mystery for us is where it’s set. A map symbol suggests Africa but a Chinese junk suggests somewhere further east – keep reading and try to make up your own mind.

Temple of the Golden Monkey is a five reel slot with three rows and ninety nine fixed paylines; those reels spin within the gloomy entrance to a crumbling temple which has clearly seen better days. Nature is reclaiming this building but we can still make out two stone monkeys near the top of the two columns.

The higher value symbols include the golden monkey mask, the map of the world, the jade temple summit and a Chinese junk with bright red sails; Q, K and A make up the lower values.

Always a favourite, this gameplay feature sees symbols in winning combos disappear to be replaced by more falling in from above; more combos can then be formed and the process continues until there are no more wins.

This is triggered by landing at least three of the golden treasure chest bonus symbols on an active payline on reels one, two or three; you’ll now receive one or two free spins per winning combination of those treasure chests.

During this round there are no treasure chests in play so it’s not possible to trigger any more spins; however green wild symbols will replace the chests to offer the chance of a few more wild wins.

Temple of the Golden Monkey ranks well in the genre of temple or monkey-themed slots we’ve played and it’s good fun; you’ll need some deepish pockets with a minimum bet of £0.99 though and there’s a slightly-below-average RTP of 94.90%.