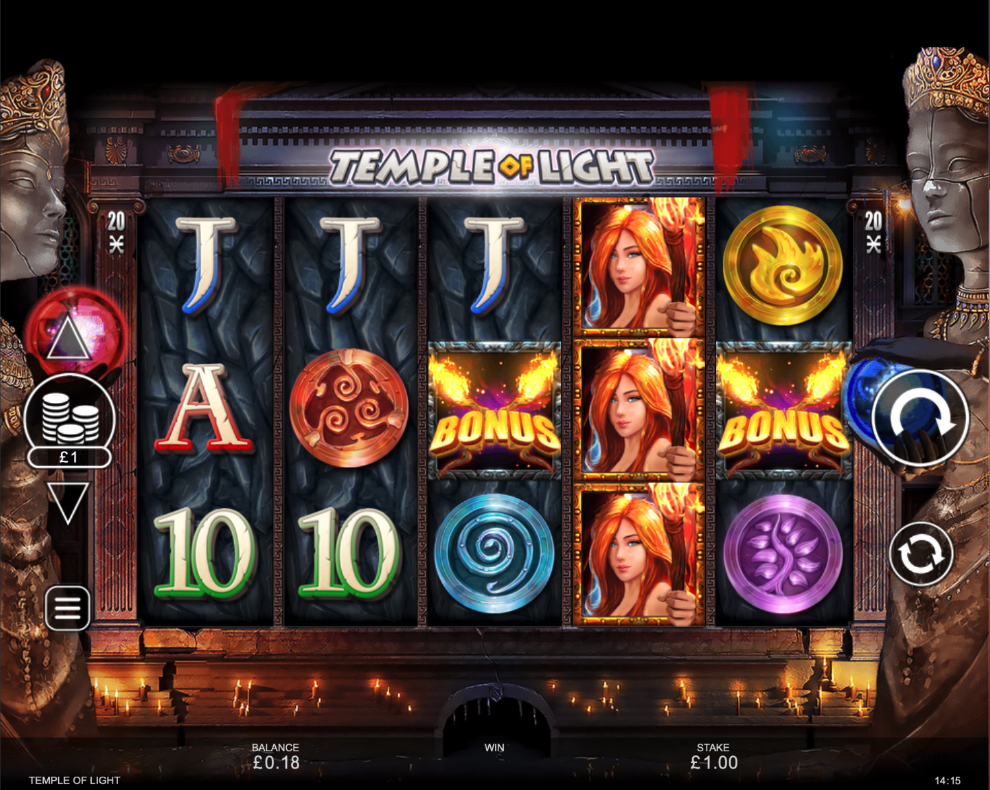 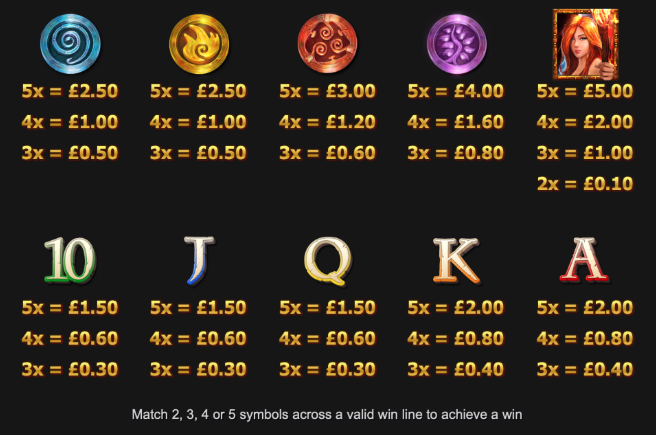 Online slots themed on ancient gods are not particularly rare but with Temple of Light we can’t quite nail down which particular civilisation is being represented – Khmer perhaps?; anyway it’s developed by Inspired Gaming and from £0.20 per spin it tempts players with expanding wilds, multiplier wilds and a choice of two free spin modes.

Temple of Light is a five reel slot with three rows and twenty fixed paylines; columns constrain those reels which are flanked on either side by statues whose use will be become clearer shortly.

The five high value symbols include our red-haired explorer and four discs representing the elements – fire, earth, air and water; 10, J, Q, K and A represent the lower values. The sparkling ‘Wild’ is wild and the fiery ‘Bonus’ is the special symbol.

During any spin one or both of the statues beside the reels may become active and award the following wild features:

Landing there of the bonus symbols anywhere on reels one, three and five will trigger this feature and offer the choice of two free spins modes:

Despite what we would call a mystery theme Temple Of Light is entertaining stuff with those cracked statues kicking in and activating regularly enough to keep things interesting. Note that Option Two of the free spins is very volatile and it seems quite possible to end that round with nothing should you choose it.

Temple of Light is a god-themed five reel slot with three rows and twenty paylines.

The Return To Player percentage for Diamond Blast Zone is 95.51%.

You can play Temple of Light at one of the three casinos listed above or just click the button below to head straight to one of our favourites.