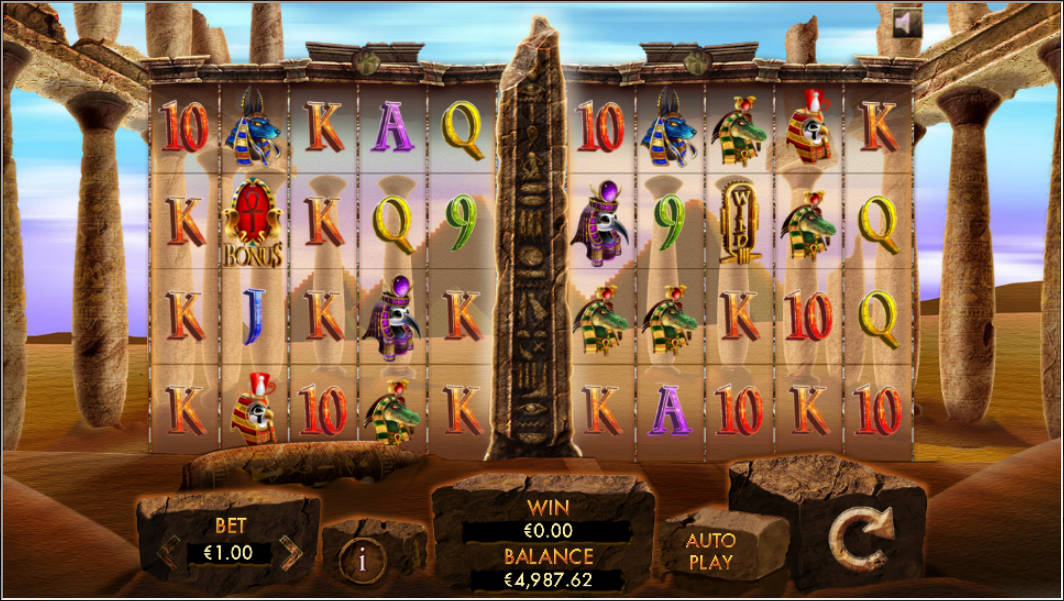 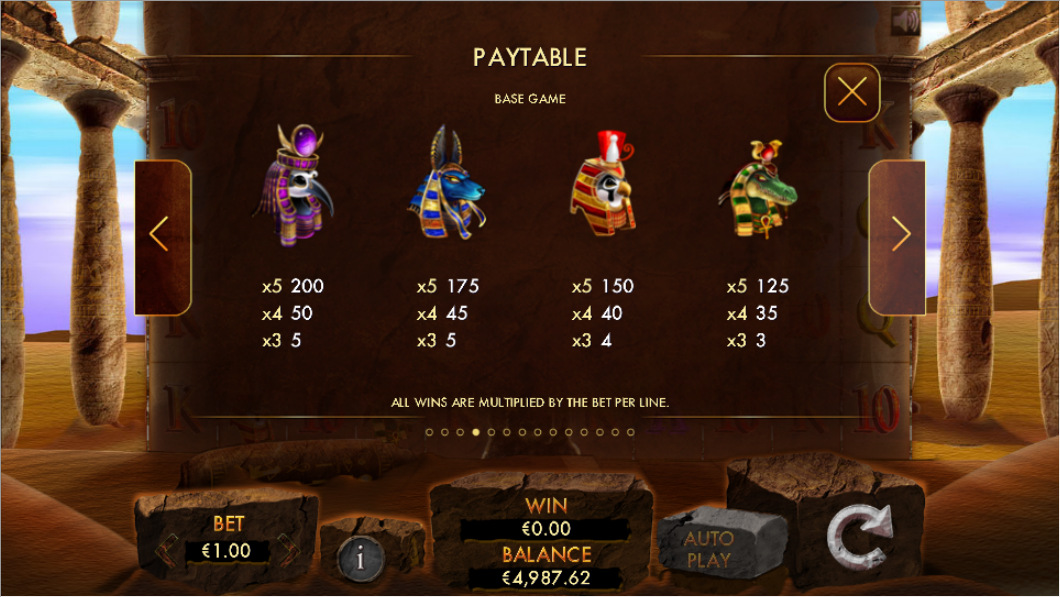 Once more it’s time to make a virtual visit to North Africa to check out an online slot machine based on the culture and rituals of Ancient Egypt; this one’s called Temple of Luxor, it’s developed by Genesis Gaming and it includes an interesting reel structure which is described fully below.

As you can see from the screenshot above, Temple Of Luxor has two sets of five reels, four rows and one hundred paylines in total; the five reels on the left pay from left to right and the set on the right pay from right to left. The large hieroglyphic pillar in the middle separates the sets and also becomes useful when the bonus feature is activated.

The four highest paying symbols are representations of four Egyptian gods including Anubis, Horus and Thoth; 9, 10, J, Q, K and A make up the lower values.

The wild symbol is a gold-rimmed ‘wild’ and it will substitute for all others except the red Ankh bonus icon which is the key to the main feature.

This is triggered by landing at least two red Ankh bonus symbols on the left set of reels and at least two on the right for which you will receive ten free spins. The good news is that the two reels now join together with the central pillar becoming a completely wild reel so there are now 11 reels with all fifty paylines paying both ways.

This massively increases the payouts possible so that the highest is 5000x your line stake for 11 Horus symbols on an active payline. Landing more bonus symbols will award another ten free spins.

Changing the reel structure doesn’t always end well but Temple of Luxor does a good job of changing things around but keeping things simple at the same time. The gameplay is really enjoyable and it comes with an RTP of 97.10%.