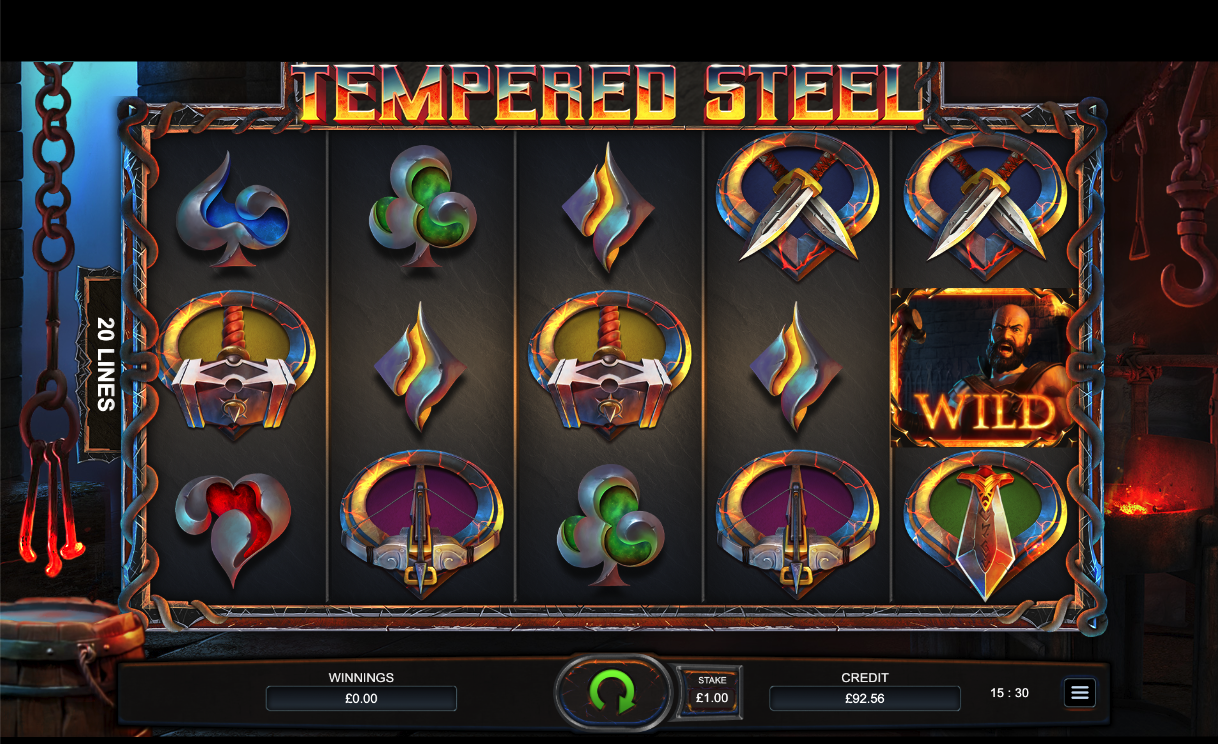 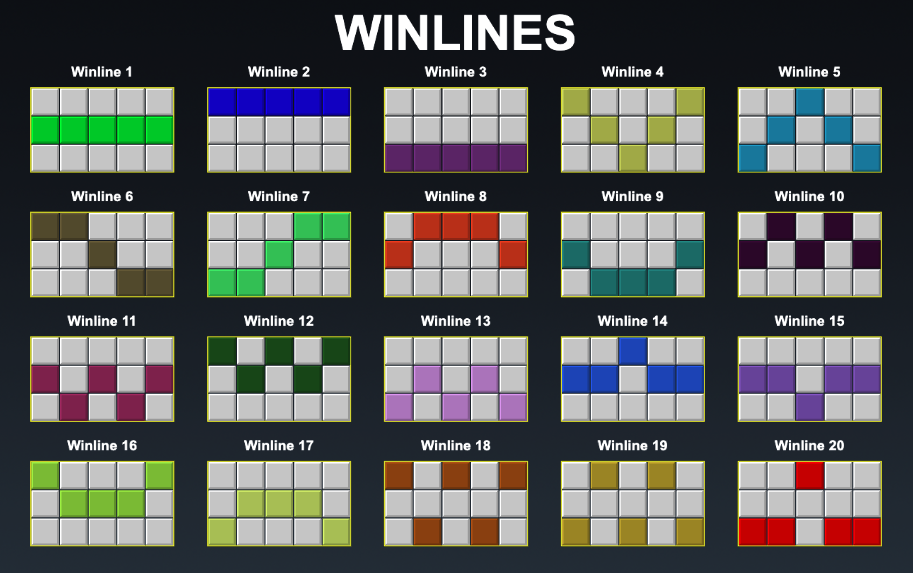 The gloom and the red hot sparks of a forge set the scene for this online slot from Bulletproof Games – it’s called Tempered Steel and players can emerge from this blacksmith’s enterprise with random base game modifiers and an enhanced free spins round.

Tempered Steel is a five reel slot with three rows and twenty fixed paylines; the atmospheric backdrop to those reels is the interior of this forge in which large metal hooks sway from the ceiling while red hot objects and fires keep everything nice and toasty.

The higher value symbols include the axe, the daggers, the hammer, the sword and the crossbow; playing card symbols intricately formed from metal represent the lower values. The blacksmith is wild and the kiln is the bonus symbol.

On any spin the red hot tolls to the left of the reels may be dipped into the water, causing a cloud of steam to rise and reveal one of the following features:

Landing three, four or five of the bonus symbols anywhere in view will kick this feature off with wild stacks of three, four or five reel positions respectively. Each reel has a burning kiln below it and on each spin one or more of these kilns can heat up, pushing a wild stack one position up the reel. The free spins continue until all wild stacks have disappeared from the reels.

However if you’re lucky once the final wild has been removed the round can be retriggered with the same initial wild stacks plus one extra wild.