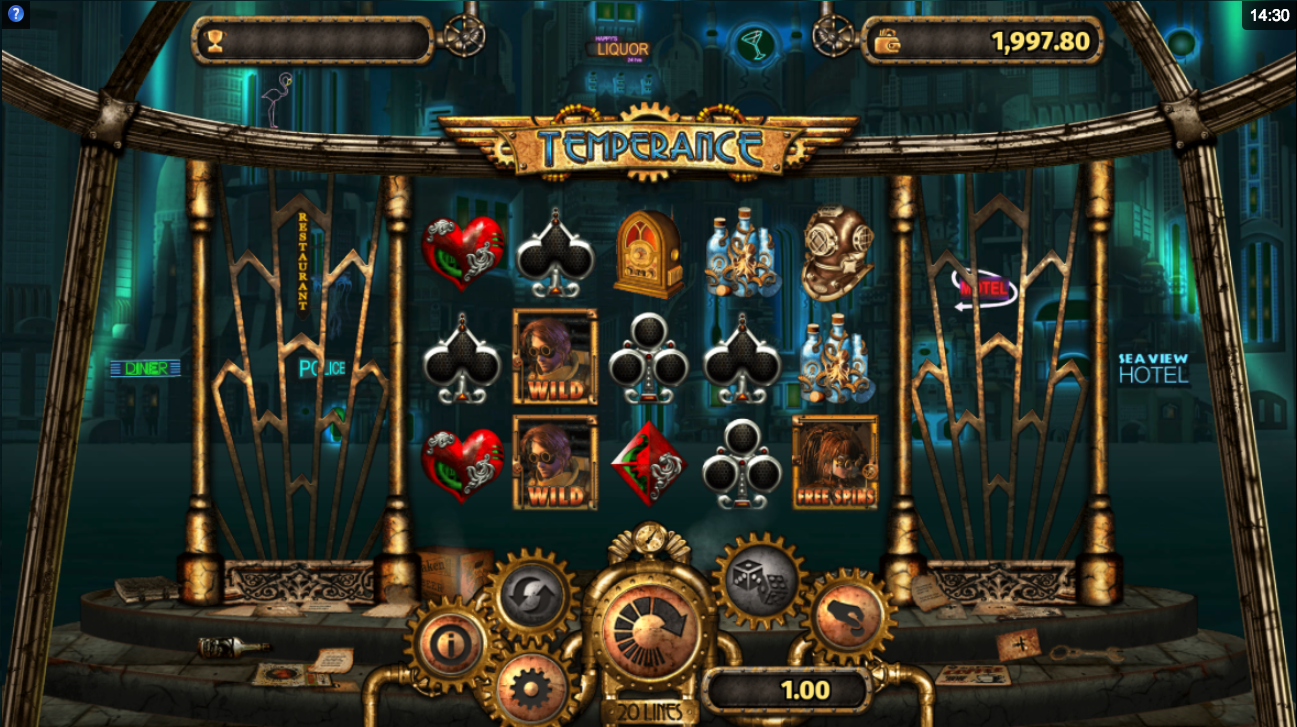 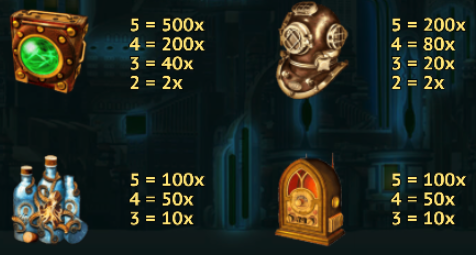 Steampunk and the Temperance Movement may seem like strange bedfellows but that appears to be the theme of this online slot machine from Old Skool Studios; it’s called simply Temperance and it comes with two separate bonus features.

Temperance is a five reel slot with three rows and twenty fixed paylines; those reels spin on the glass of some sort of steampunk-themed contraption while in the background various establishments are marked out from the darkness by neon lights.

The higher value symbols are comprised of something green in a box, a selection of bottles, a contemporary radio and a divers helmet; playing card symbols of red and black represent the lower values.

The wild symbol is the chap with the goggles and he’ll replace all others to help form winning combos except for the Free Spins girl and the metal creature bonus icons.

This is triggered by landing three, four or five of the Free Spins scatter symbols anywhere in view for which you will receive 8, 12 or 20 free spins respectively. Those spins can be retriggered by landing at least three more scatters and each win will be subject to a random multiplier value. In addition extra stacked wilds are added to the reels during this round.

Trigger this by landing three of the bonus symbols anywhere on reels one, three and five; you’ll now get to play a picking game in which you must work your way through five levels (if you’re lucky), collecting various prizes along the way. Finding ‘Collect’ will end the round.

There’s a convincing atmosphere to Temperance which evokes a certain type of science fiction; it’s a slot with a lovely design and two neat bonus features which keep things ticking along smoothly – check it out!