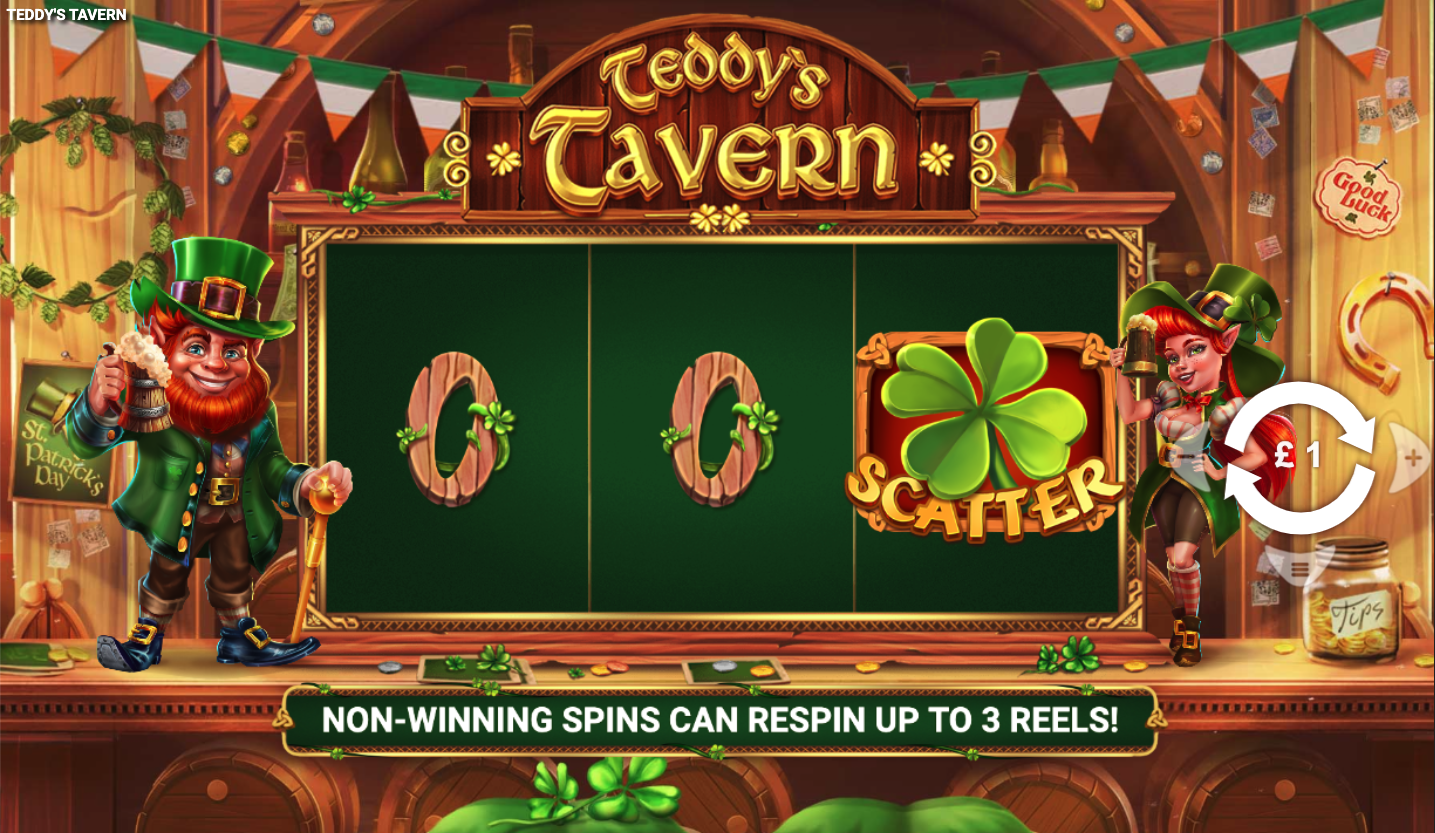 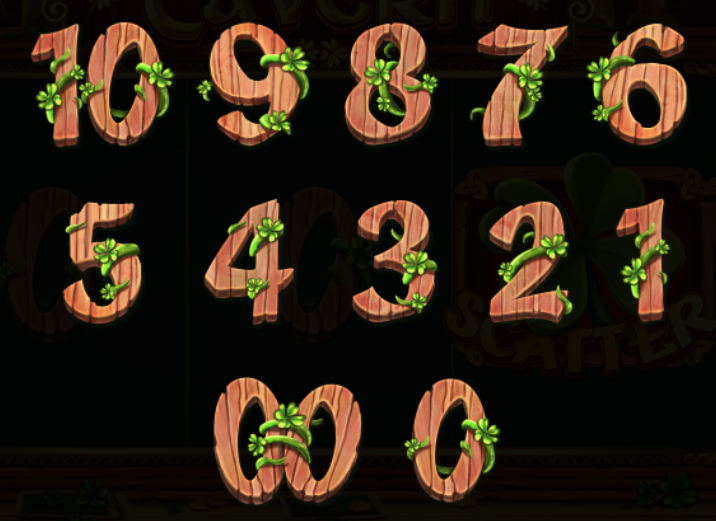 Returning characters always add a little extra to a slot machine and here we have Teddy and his wife who first appeared in Pariplay’s Wild Fortunes several years ago; Teddy’s Tavern is a release from Pariplay’s in-house developer Wizard Games with some interesting gameplay, free spins and a top prize of 10,900x the stake.

Teddy’s Tavern is a three reel slot with just the one payline and it’s all set inside this particular watering hole; Teddy and his wife stand on the bar which looks a bit oversized for the smaller leprechaun stature.

The symbols are the numbers one to ten along with zero, double zero, the blank and the four leaf clover scatter symbols.

Let’s get to grips with the gameplay first because if you just dive straight in it can be a bit confusing; essentially you’ll be trying to create combinations of numbers which will then pay out according to what’s on the payline. The best example of how this works is by looking at the jackpot prize of 10,900x the stake – this is won by landing 10 on reel one, nine on reel two and double zero on reel three which looks like this:

Blanks are just blanks but they won’t interfere with a combo so if you land two – blank – zero it would be a 30x win. More examples from the developer are shown below.

On any non-winning spin up to three reels can respin for a potential win.

This is triggered by landing three clover scatter symbols on the reels or by creating a combo such as three – blank – clover. Once the spins have started more can be won in the same ways up to a maximum of fifty. Every non-winning spin will get a Lucky Respin.