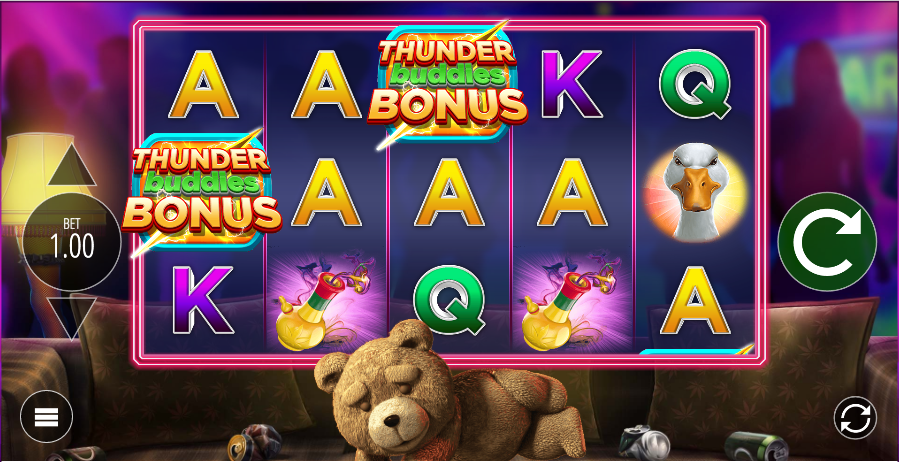 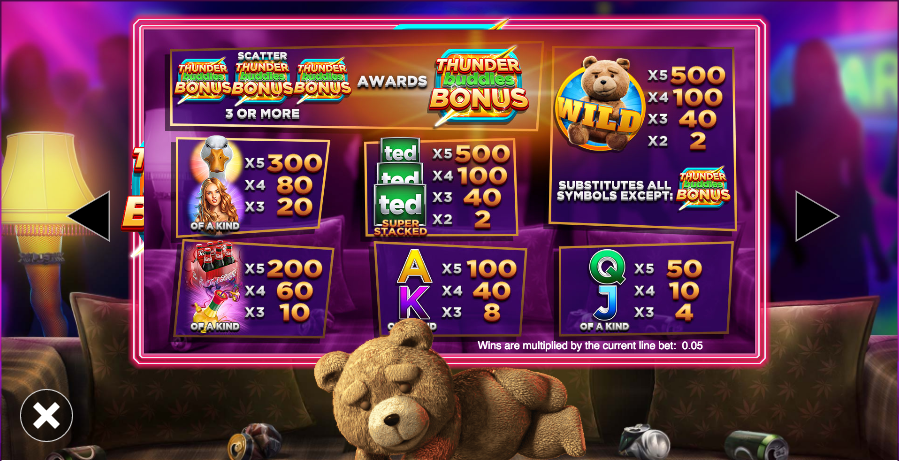 If you’re unfamiliar with Ted, he was the animated star of the 2012 comedy of the same name who featured alongside Mark Wahlberg (John Bennett in the movie); many elements of that film have now been built into an online slot machine – also called Ted – developed by Blueprint Gaming and you can find out all about it below.

Ted is a five reel slot with three rows and twenty fixed paylines; it’s set in Ted’s abode and as a party takes place in the background, he’s lying drunk in the foreground among empty beer cans.

The high value symbols include John’s girlfriend Lori, a swan, some bottles of beer, a bong and the game’s logo (which can appear stacked on the reels); J, Q, K and A make up the lower values.

Ted is of course the wild symbol and he’ll replace all others to form winning combos except for the Thunder Buddies bonus icon.

This is triggered by landing three or more of the Thunder Buddies bonus symbols anywhere in view and you will now get to spin a Wheel of Fortune which will determine one of five features to be awarded:

Ted can wake up during the base game and award one of six mini-features as follows:

Ted may contain the most bonus features we’ve ever seen on a slot machine and that’s good news as far as we’re concerned; the modifiers are triggered regularly and there are some big wins available in the Thunder Buddies Bonus. It’s very good stuff and it comes with an RTP of 95.81%.