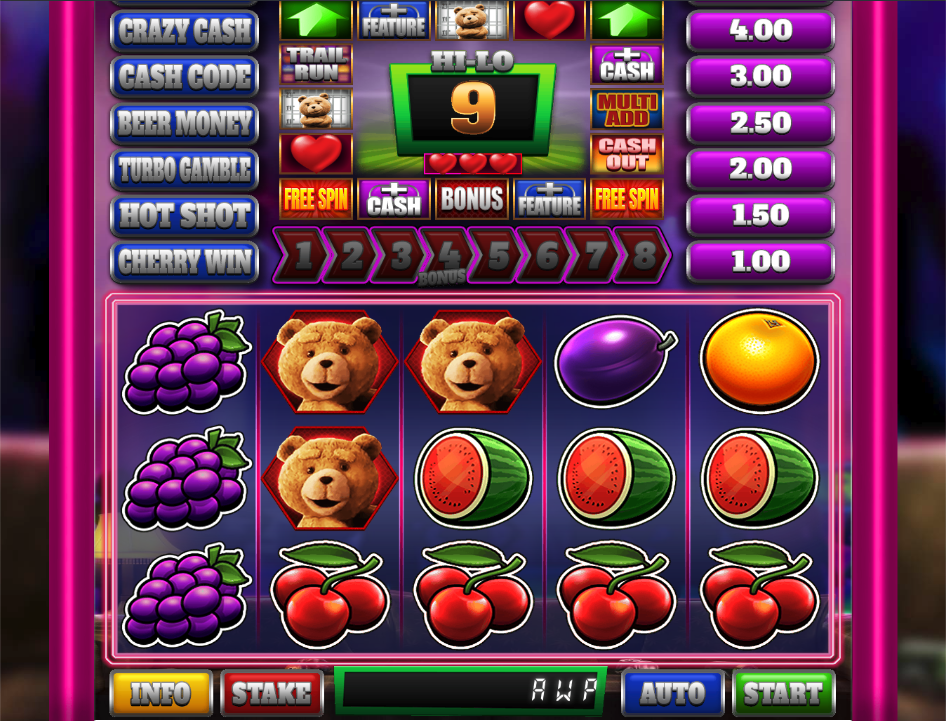 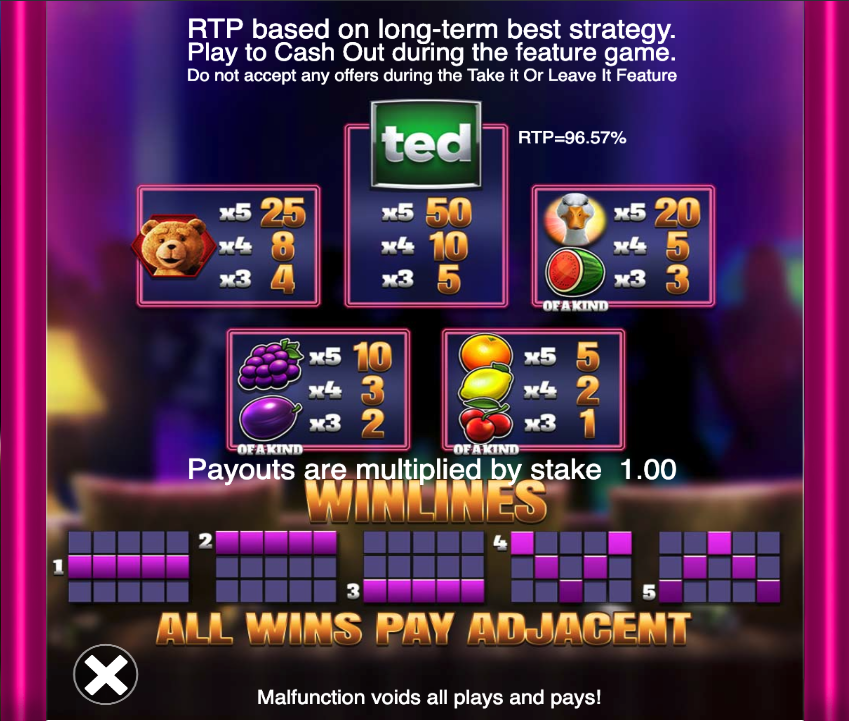 As we all know, Ted is the crude teddy bear from the 2012 Mark Wahlberg film of the same name and not content with just one online slot to his name, Blueprint Gaming have now released Ted Pub Fruit, a game which takes its inspiration from Uk-style fruit machines – find out how it works right here.

Ted Pub Fruit is a five reel slot with three rows and five fixed paylines; the starting point to this game is a close up of a fruit machine with the reels in view along with the lower part of the upper bonus area – this will all become visible when the features are triggered.

The high value symbols include Ted, the games’ logo, a swan and a watermelon; lower values are represented by grapes, plums, oranges, lemons and cherries. Wins can be formed anywhere on the reels as long as there are at least three matching symbols.

There are no wild or bonus symbols in Ted Pub Fruit.

As with all good pub fruit machines the bonus features are triggered through the bonus trail and that trail is lit up by adding up the small numbers which overlay the symbols on the reels – a total of four will trigger the initial bonus, while more than eight will take you straight to the Super Board.

The initial bonus will award one of the following:

Once you’ve managed to access the Super Board via the initial bonus or by reaching beyond the end of the trail you’ll get to play a feature which ultimately gives you access to everything shown on the upper part of the machine.

You’ll start on the feature shown around the Hi-Lo number and you can work your way around by pressing the ‘Start’ button; these features include adding to the Cash Pot, moving up the feature ladder on the left hand side and awarding extra lives but landing on Cash Out will end the round. Landing on the arrows will also move you between the upper and lower parts of the Super Board.

You can take part in a Hi-Lo gamble at any time (which of course you can lose) and you can also select the feature from the ladder when the time is right:

Ted Pub Fruit is a faithful recreation of any number of fruit machines in any number of pub corners and it has even more features than one might think possible; the main feature can be a bit tricky to trigger but it can be a profitable one when you get there.