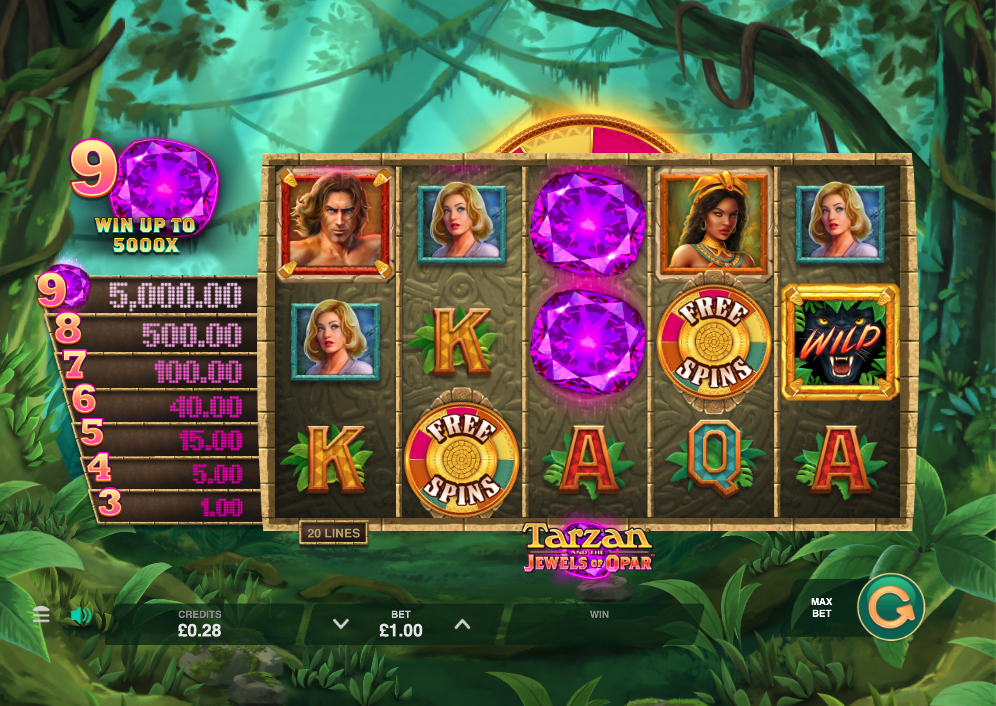 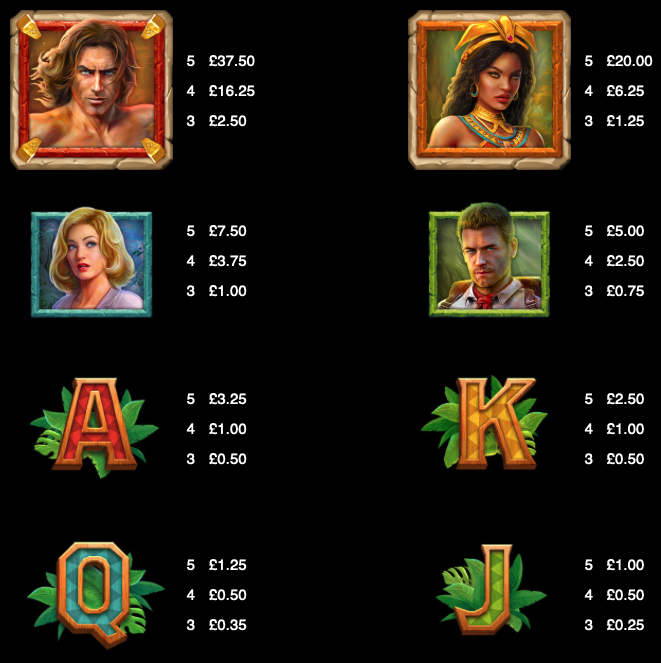 Edgar Rice Burroughs’ famous literary creation doesn’t appear in too many online slot machines but Tarzan pops up every now again, swinging through the trees as he does in Tarzan and the Jewels of Opar, this release from Microgaming/Gameburger Studios; from £0.20 per spin players can look forward to free spins, random wilds and a top scatter prize of 5000 coins.

Tarzan and the Jewels of Opar is a five reel slot with three rows and twenty fixed paylines; the ruins of some ancient civilisation form the backdrop to the reels which float above the humid jungle setting.

High value symbols include Tarzan, Jane and two explorers from this story while the lower values are a leafy J, Q, K and A; the panther is wild and he will replace all symbols except for the purple jewel and Free Spins wheel to help form winning matches.

Tarzan and the Jewels of Opar Bonus Features

Landing at least three of the purple jewel scatter symbols anywhere in view will award the following prizes:

On any spin the base game or free spins Tarzan may fly across on a vine and add at least two wilds to the reels, hopefully in useful places.

This is triggered by landing three of the Free Spins scatter symbols anywhere on reels two, three and four; the wheel will now spin to determine the number of spins (10-30) and the multiplier applied to any wins (2x-10x).

More spins can be retriggered in the same way but the wheel won’t spin again – you’ll just receive the same number of spins and multipliers originally awarded.

This is an enjoyable return to the reels for Tarzan and he brings with him two bonus features and a jackpot prize into the bargain; some tidy graphics and entertaining animations bring the whole thing to life and there’s an RTP of exactly 96.00%.