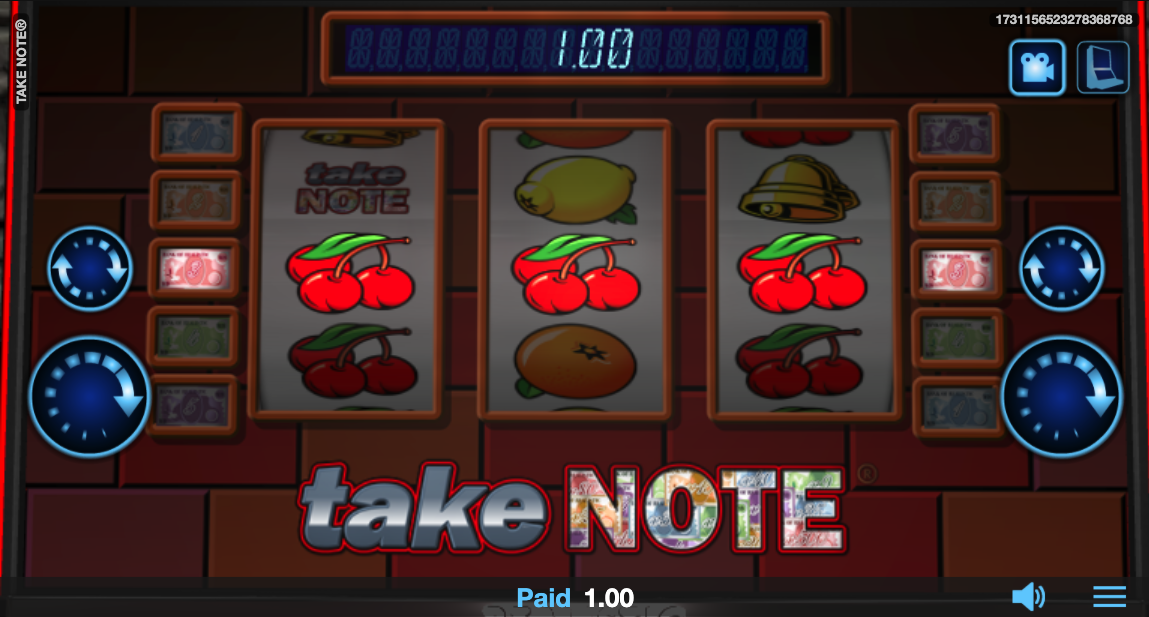 Realistic Games are a games developer who excel at creating realistic online slot machines and here we have one more to add to the list – it’s called Take Note and that title refers to the colourful banknotes which are key to the bonus feature.

Take Note is a three reel slot with three rows and five fixed paylines; we could be in the corner of a pub playing this game and if you alternate between the viewpoints in the top right hand corner of the screen there’s a close-up view of the game or one set back against a stone wall.

The symbols are a refreshingly familiar bunch and include red sevens, watermelons, bells, bunches of grapes, oranges, lemons and cherries. There are no wild symbols in this game but the ‘Take Note’ icons are the special symbols.

This feature is triggered by landing three of the Take Note bonus symbols anywhere in view and you’ll receive five ‘shots’, each of which lights up a random selection of banknotes; this selection of banknotes is worth a certain amount and the highest total from the five shots is your prize.

If all notes are lit at any point then the jackpot prize of 1000x the stake is awarded and the feature ends.

Take Note joins a long list of Realistic slots which look the part and play smoothly – this one comes with a small but well-formed bonus feature which will remind UK players of a traditional pub fruity.