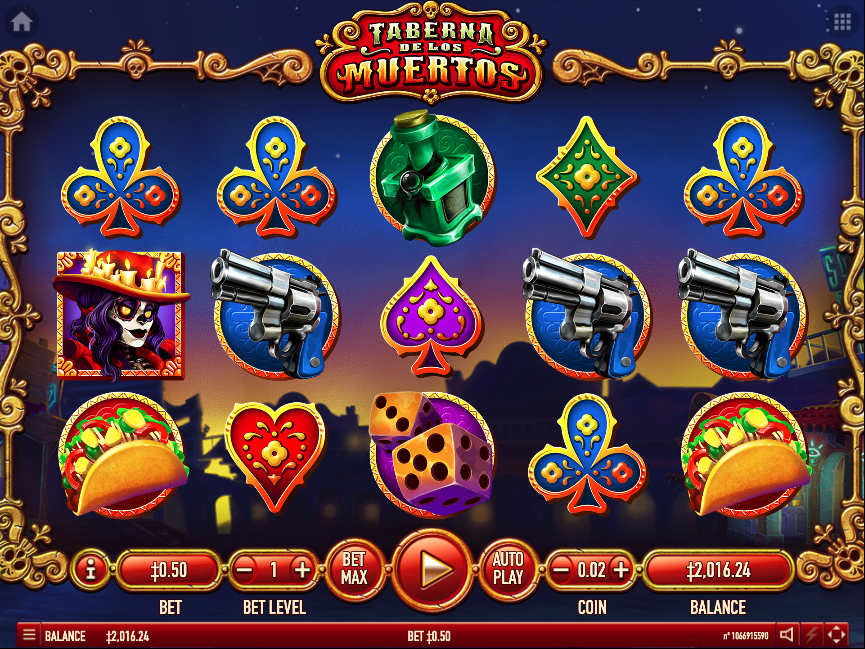 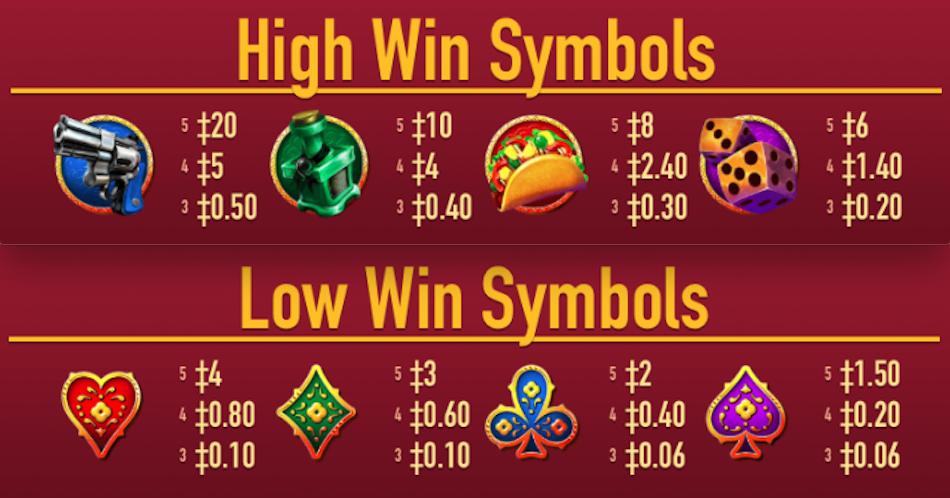 The Mexican Day of the Dead is a colourful and joyful celebration of one’s departed family members and in this online slot from Habanero Systems we’ve retreated inside a watering hole to enjoy a drink or two; the name of this game is Taberna de los Muertos and along with free spins it offers a clever payline feature in which more become unlocked as you win.

Taberna de los Muertos is a five reel slot with three rows and twenty five paylines to begin with; a town silhouetted against the Mexican sunset forms the backdrop to the reels which are held within a golden, skull-adorned frame.

High value symbols include the pistol, the bottle of booze, the taco and the dice; playing card symbols in red, green, blue and purple make up the lower values. The skeleton with the moustache is wild and he appears on reels two and four in the base game; the female skeleton is the scatter.

Every reel spin in the base game or free spins starts with twenty five paylines but this number can be increased by landing wins on specific lines:

This is an interesting concept because it means that on one single spin a number of other paylines and wins can be activated to turn that small initial win into a much larger one. You can check the various paylines and where they are in the paytable.

When the wild and scatter skeletons land next to each other on the reels this feature is triggered and two extra wilds will float off to random positions.

Landing three, four or five of the female skeleton scatter symbols anywhere in view will award 10, 20 or 40 free spins respectively; ten more can be won in the same way when the round starts.

After any win you may see two skeletons appear and clink their glasses together to double that win.

The Line Boost gameplay mechanic is a a clever one and we don’t think we’ve seen it before – Taberna de los Muertos revolves around this feature while the free spins and wild features just add to the mix. A nice high RTP of 96.70% completes the entertaining picture.