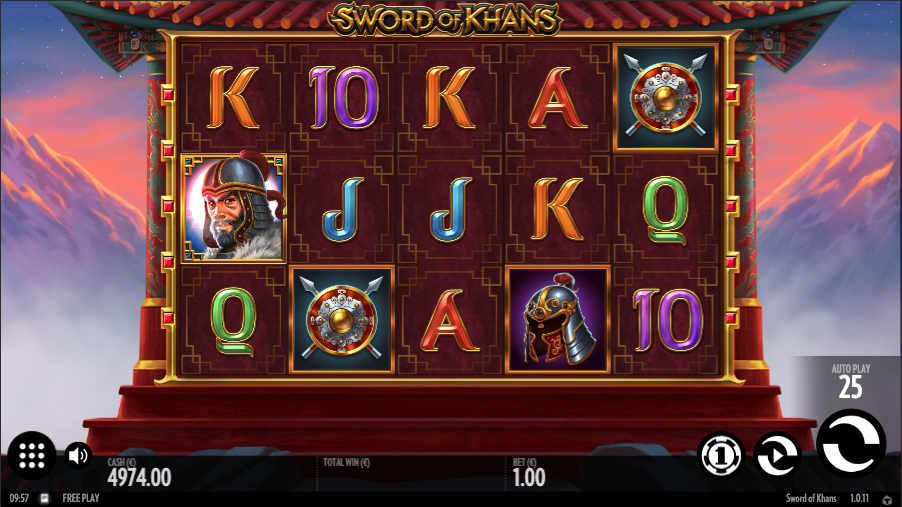 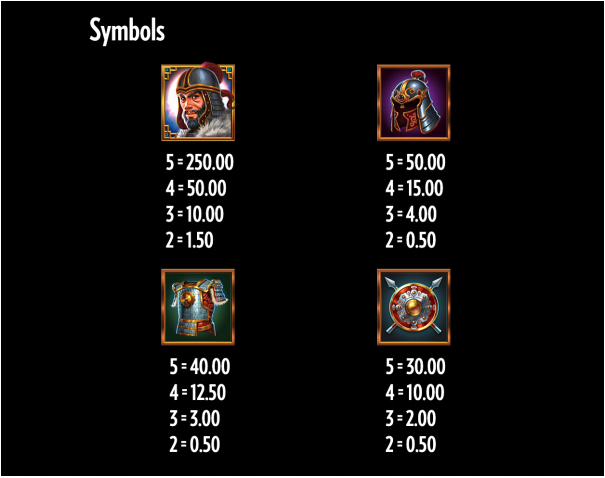 Several hundred years ago Central Asia was a patchwork of largely independent states sandwiched between the Russians to the north and British India to the south; Sword of Khans is an online slot machine from Thunderkick Games set in this region and this era and it offers players free spins along with expanding wild symbols.

Sword of Khans is a five reel slot with three rows and ten fixed paylines; the reel spinning action takes place on the side of an ornate temple which has been constructed atop a mountain with other Himalayan peaks are visible in the background.

The high value symbols include our fearsome-looking Khan, his helmet, his armour and his shield; 10, J, Q, K and A make up the lower values.

The glowing sword is both the wild and the scatter symbol and it will substitute for all others to help form winning combinations.

This is triggered by landing at least three of the glowing sword symbols anywhere on the reels and the next thing to happen will be an award of a random number of free spins between five and fifteen. Before the spins start one of the standard symbols will be selected at random and it will expand to fill all positions on its reels every time it appears. A multiplier of up to 3x is applied to any wins containing the expanding symbol.

More spins can be triggered by landing just two sword symbols during this round.

Sword of Khans is a relatively simple outing for Thunderkick but it comes with some smooth gameplay and nice, brooding atmosphere which sets the scene for this Asian adventure; hit those multipliers in the free spins round for the bigger wins.