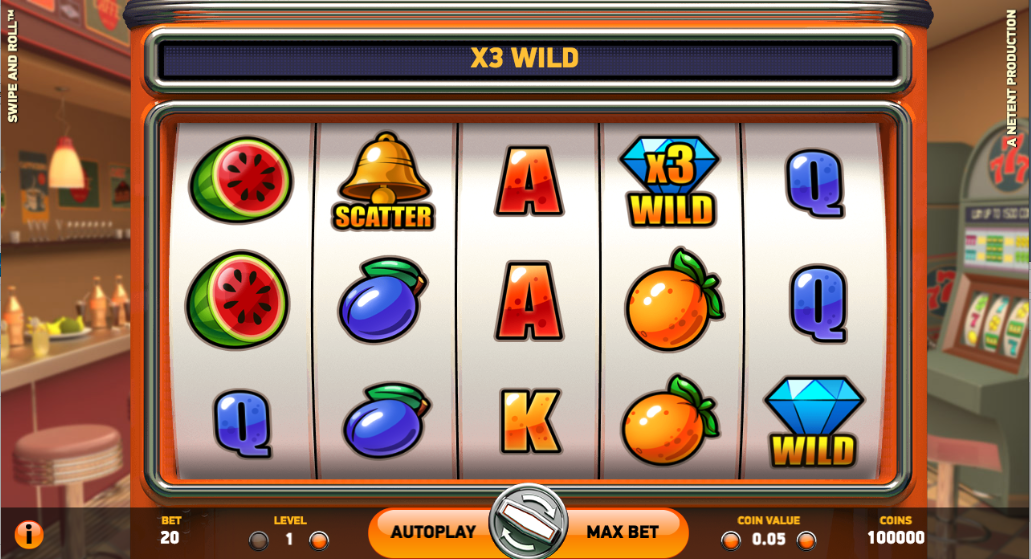 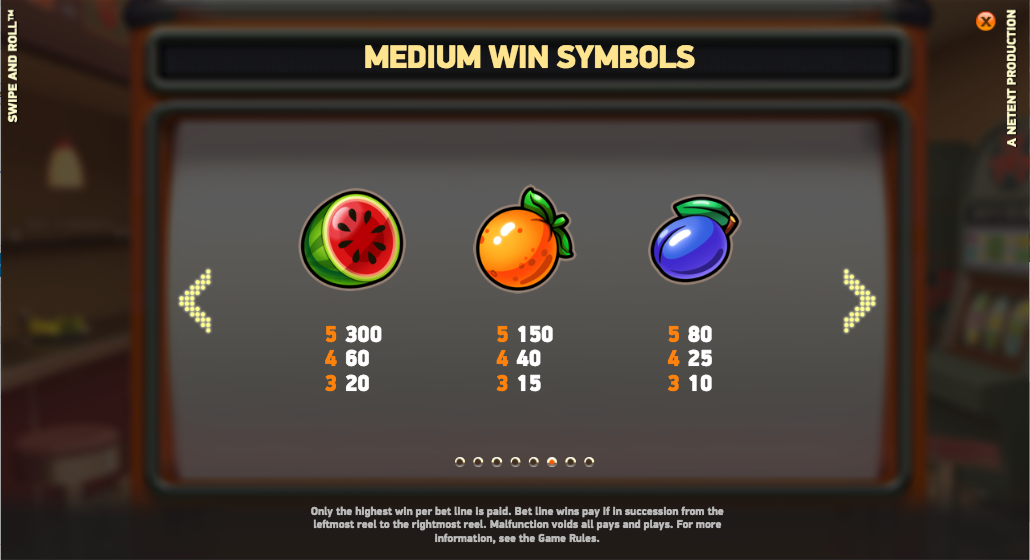 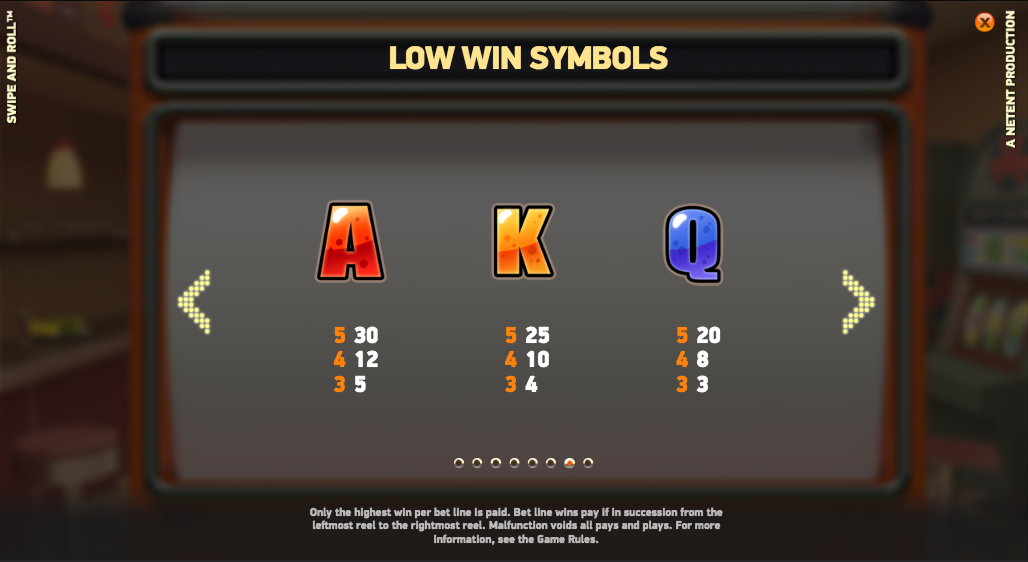 Swipe and Roll may sound like a dated safety instruction in case of a nuclear attack but in fact it’s the name of an online slot machine from Net Entertainment which combines some modern elements with a nostalgic trip back to the past – read all about it below.

Swipe and Roll is a five reel slot with three rows and twenty fixed paylines; those reels spin on a chrome-lined structure reminiscent of traditional jukebox. The backdrop is a vintage cafe with the metal-topped bar on the left and some newer-looking slots on the right.

There are just three high value symbols – the watermelon, orange and plum – with Q, K and A as the lower values.

The blue diamonds are wild and there are two types, the standard and the 3x wild with the latter only appearing on reels two, three and four and applying a 3x multiplier to any wins it helps with. They’ll both substitute for all standard symbols except for the two scatters.

This can occur randomly within the base game and the five reels will transform into one large reel; this will spin and award one of the following prizes:

This is triggered by landing at least three of the wild/wild 3x symbols anywhere in view; those symbols will lock in place for a free respin.

Trigger this by landing three of the scatter symbols anywhere on reels two, three and four or from within the Coin Wheel feature; you’ll now get to ‘swipe’ three prize reels which contain either coin wins or arrows. Here, arrows will expand to encompass all three reels and can also raise the height of the rows to a maximum of five – you’ll win all prizes which are in view.

Like a caveman wearing a Rolex, Swipe and Roll is both basic and sophisticated at the same time – there’s plenty of action hidden beneath the chrome and the fruit in the shape of some clever bonus features, a contemporary rock and roll soundtrack and an RTP of 96.35%.