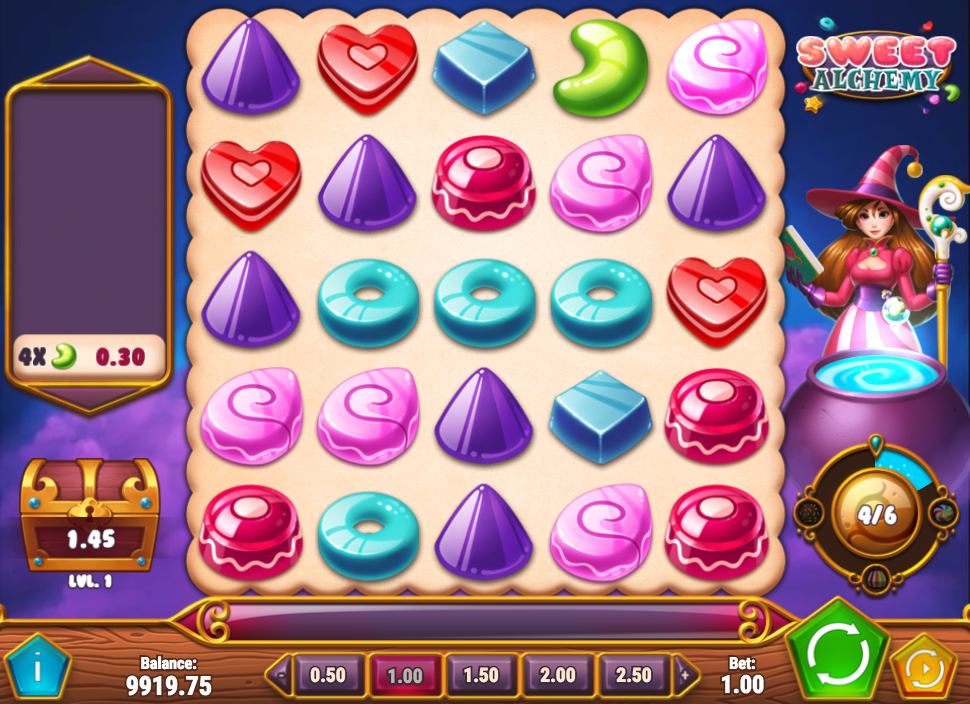 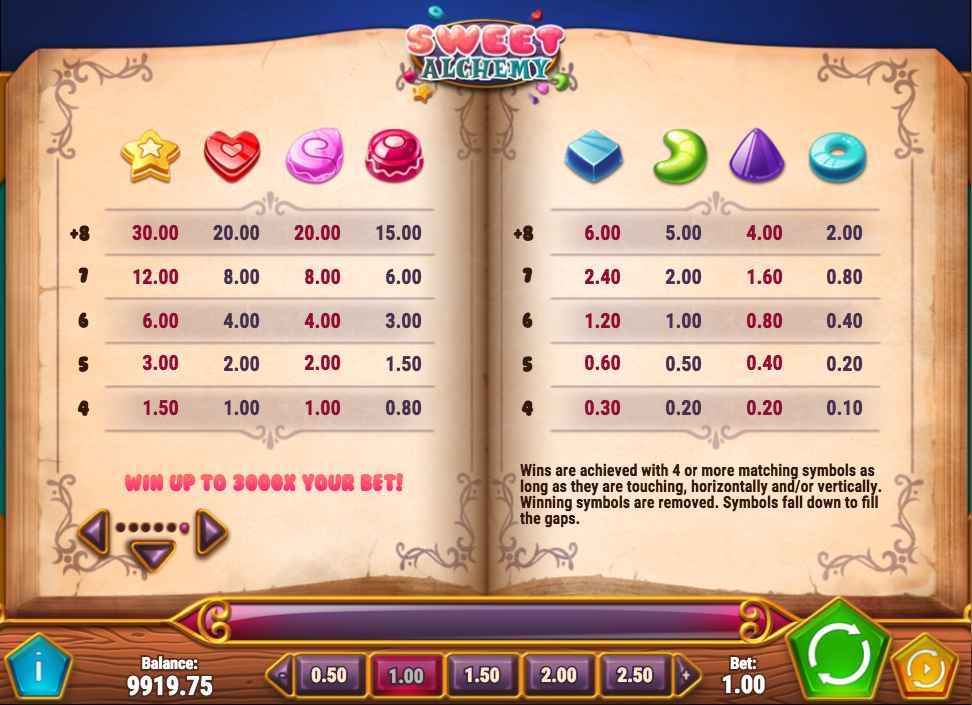 Sweets (or candies if you prefer) are a regular theme of online slot machines and Sweet Alchemy is a great addition to the genre; it’s developed by Play N Go and it includes a levelling up trail as well as several bonus features.

Sweet Alchemy is played out on a 5×5 grid in which the aim is to create horizontal and/or vertical matching combos of at least four symbols; those winning symbols will then disappear and more will fall in from the top, offering the potential for more matches – that’s when the bonus features begin but more of that shortly.

The symbols are all candies of various shapes and colours – gold, red, pink, dark red, blue, green, purple and light blue. Wild symbols are introduced when the feature activates and this is described below.

The Sugar Rush Meter is the little circle to the right of the reels and it’s filled up with the contents of winning combos; six symbols will get you a quarter of the way round, thirteen symbols to halfway, twenty five to three quarters and thirty eight to fill it up.

At each marker the girl will add a come wilds to the reels to help you out:

If you don’t fill up the meter then gameplay will return to normal but if you do then the Mix The Elixir round is kicked off.

Trigger this by filling up the Sugar Rush Meter and as you do you’ll collect three candy spells plus one more for every three extra symbols collected over the required amount. Candy spells are worth one free spin each.

This round is played out on a 9×9 grid (as you can see from the video above) and the gameplay is similar to the base game except that after each spin a candy spell is awarded and these can be:

While this round is underway you are also trying to collect the two symbols which are shown in the bottom right hand corner; there are three levels of each symbol to collect: 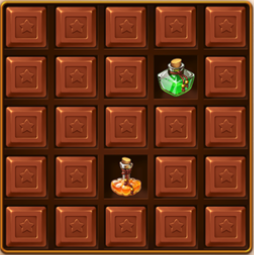 However many you collect your next stop is the Elixir of Power Bonus in which you must pick from the chocolate squares shown until three matching elixirs are uncovered which reveal a multiplier of your total bet or total win. The multiplier is greater if you’ve reached higher levels in the preceding stage.

Once this feature is finished you’ll be shown a trail map and get to move one space along it, picking up a treasure chest which contains the amount shown to the left of the reels. To be exact it’s 15% of the base game winnings since the last feature trigger.

Sweet Alchemy is a fantastic amount of fun with some colourful, compelling gameplay and a lengthy bonus feature which doesn’t seem too tricky to trigger. Set the Autoplay, sit back and watch the gameplay on this slot which comes with an RTP of 94.50%.