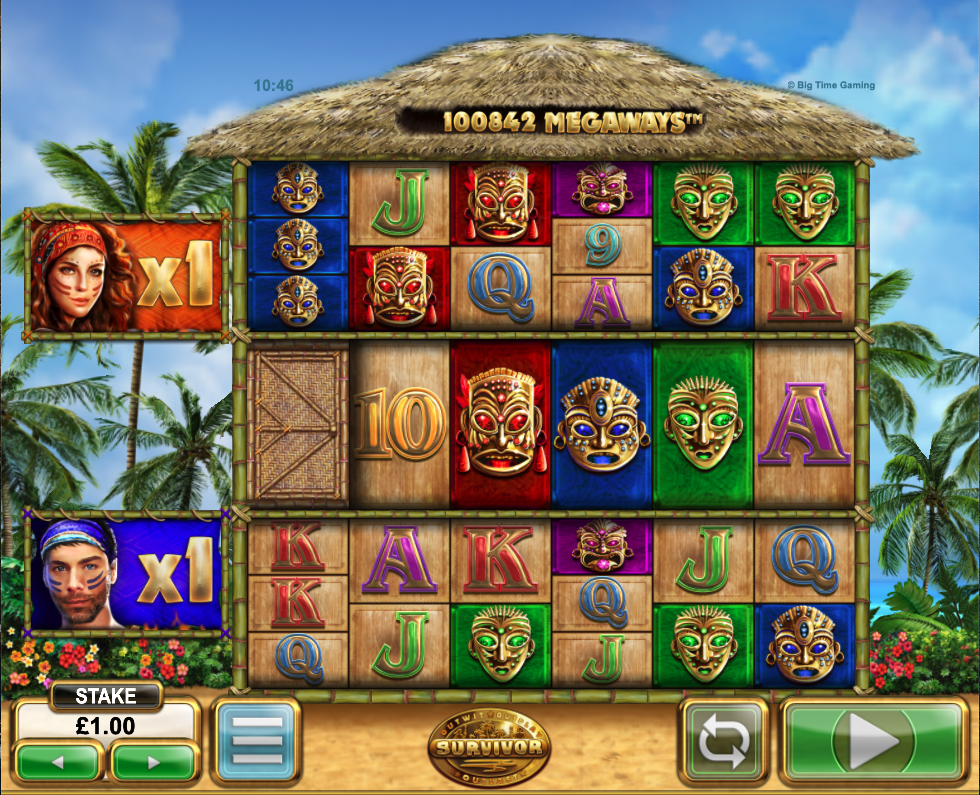 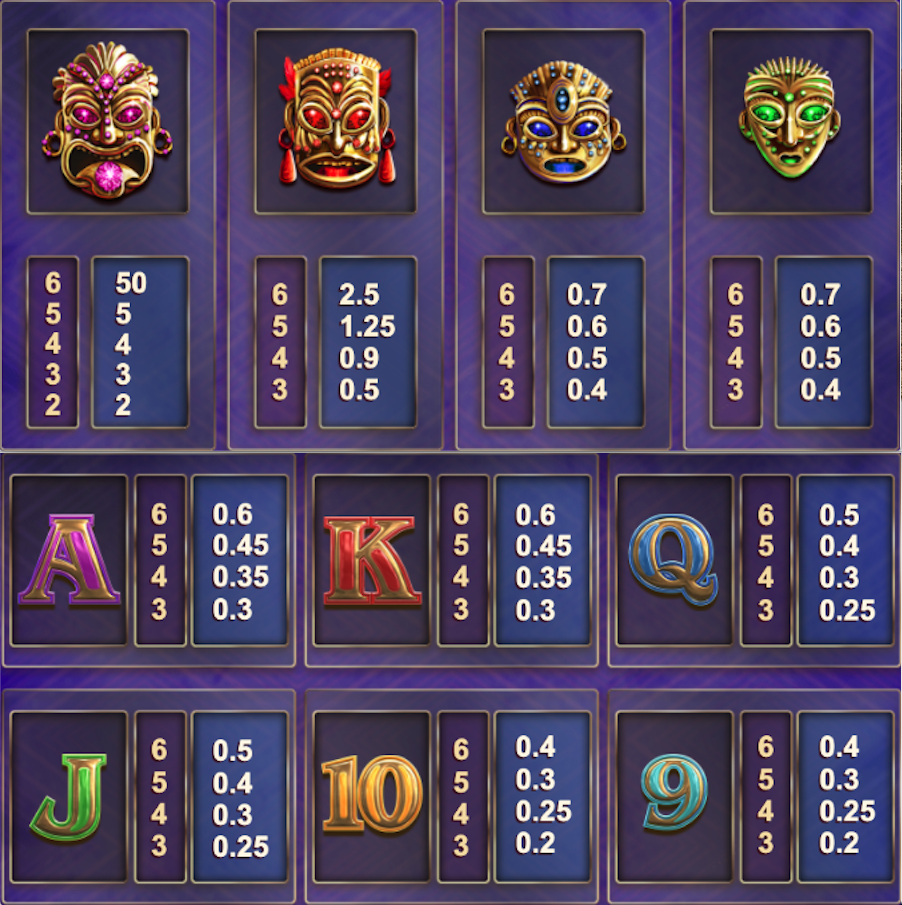 Outwit, Outplay, Outlast is the tagline for the television show Survivor and that tropical island reality experience has now found its way onto the reels in the shape of Survivor Megaways; this is an online slot from Big Time Gaming with collapsing reels, free spins and more than one hundred thousand potential paylines.

Survivor Megaways is a six reel slot which plays out over two sets of reels and a central horizontal reel which joins the two; up to seven symbols can appear on all reels except for reel one (up to six) which can mean a potential 100,842 ways to win for the luckier players.

The four higher value symbols are tribal masks in purple, red, blue and green while the lower values are 9, 10, J, Q, K and A. The female and the male contestants are wild and they only appear on the centre horizontal reel – any urns landing on the reels will explode and reveal a multiplier which will be added to the respective wild for that particular spin. The Survivor logo is the scatter.

Any symbols included in a winning combo will disappear and be replaced by more falling from above, continuing the process; hopefully more urns will drop during this period and increase the wild multipliers.

Landing three Survivor scatter symbols anywhere in view will award 15 free spins plus 5 more for each additional scatter; during these spins any wild multipliers accumulated during gameplay will not be reset after each spin and will continue to increase. More spins can be triggered by landing three more scatters during this round.

Big Time Gaming have taken their proprietary Megaways gameplay mechanic and shaken it up a bit with this dual reel concept which works very well; the two reels also fit in well with the theme of two tribes competing with each other.