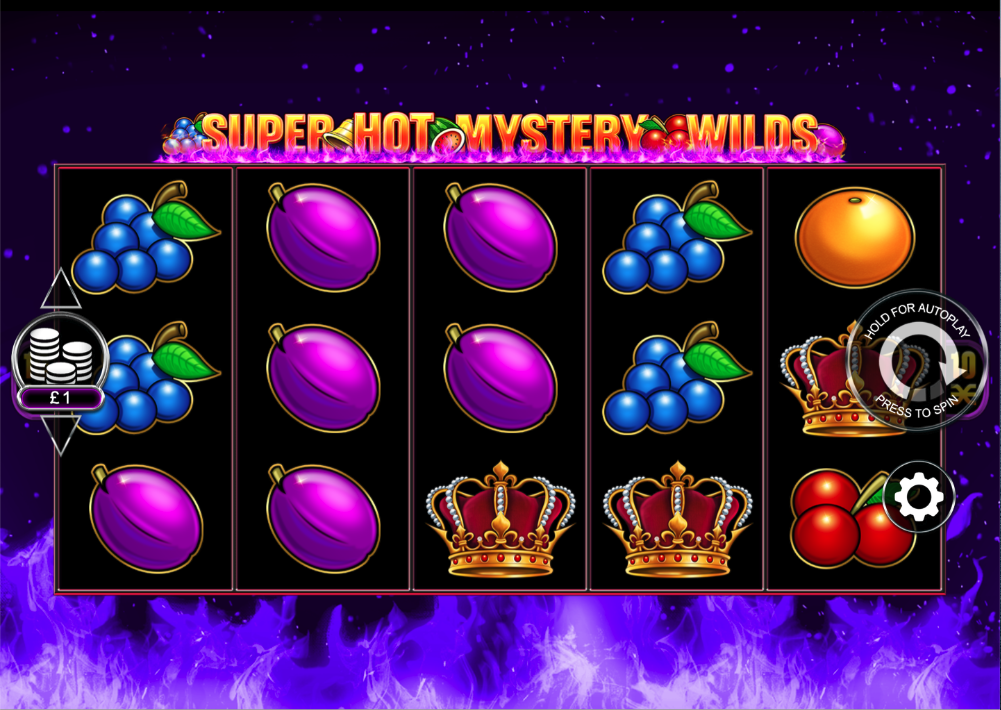 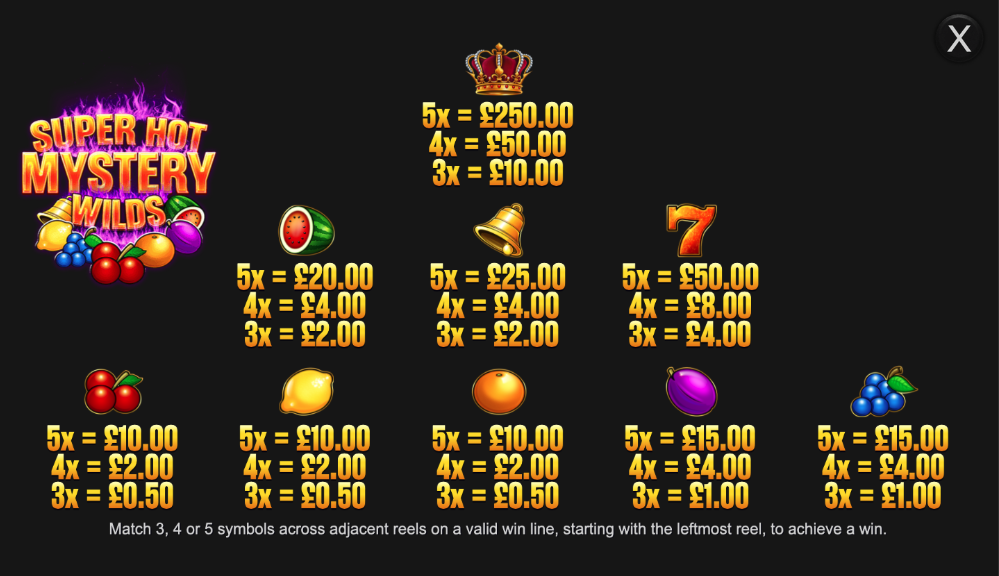 Super Hot Mystery Wilds is a five reel slot with three rows and ten fixed paylines; purple flames lick the backdrop against which those reels float with the title above being warmed by more colourful fire.

All the symbols are related to the theme and include crowns, watermelons, bells, sevens, cherries, lemons, oranges, plums and bunches of grapes.

This can occur randomly in the base game and free spins and you’ll see a large, 3×3 symbol covering reels two, three and four – it will then disappear to leave wild symbols in the pattern of one side of a dice and hopefully you’ll land a decent win.

This feature is triggered each time you land a win of at least 4x the value of the stake; the screen will now change to reveal four separate reel sets, each spin costs at least 4x the stake (you can increase it if you want as long as there’s enough credit from the original win) but all four reels will spin.

The Hot Spins Wild is also active here but it will replicate itself to the next reel set also, incrementing the number if wilds by one with each duplication; the maximum number of wilds is six, as it is with a dice.

The Hot Spins feature ends when you’ve run out of credit, when you’ve reached the maximum number of 100 spins or if you just want to collect your winnings and head back to the base game.

Super Hot Mystery Wilds contains some elements we’ve seen before but they’re implemented in a new way and that’s always to be applauded; we particularly like the incrementing dice patterns in the Hot Spins!