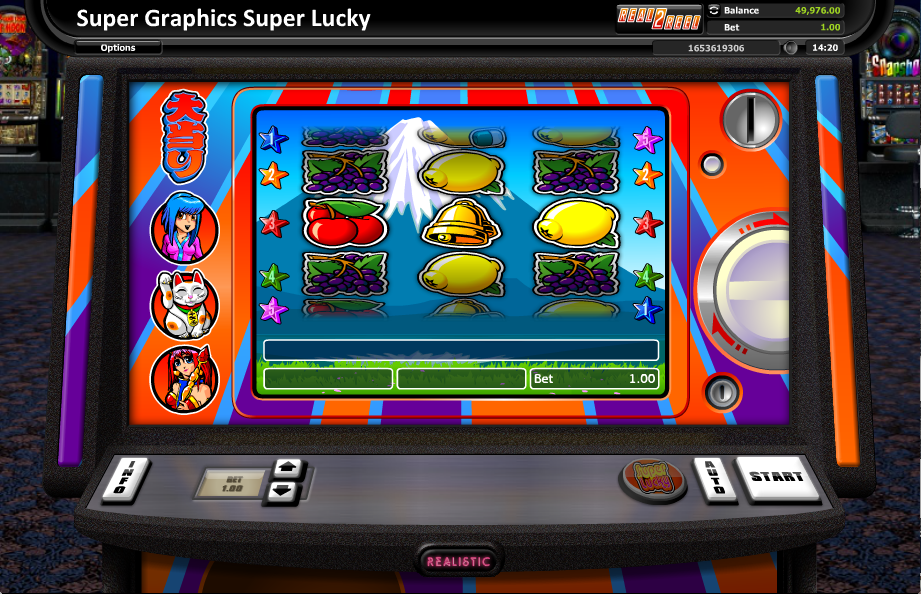 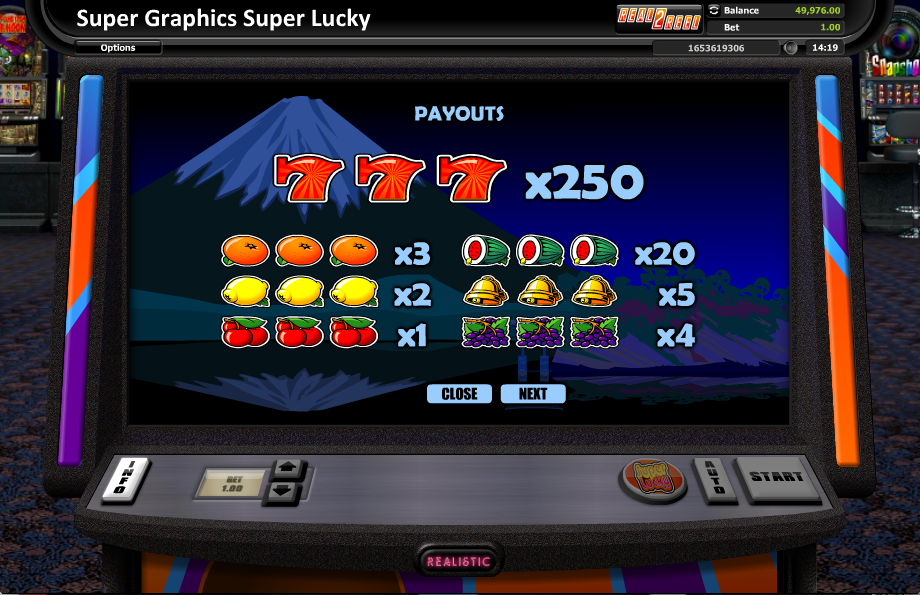 It’s been a little while now since the release of Super Graphics Upside-Down and just as we’ve begun to recover from that bizarre online slot, Realistic Games have unleashed something similar. This one’s called Super Graphics Super Lucky and although it includes just three reels, it also retains some of the wackiness of it’s five-reeled brother.

Super Graphics Super Lucky is a three reel slot with three rows and just five paylines; as with any Realistic Games machine it’s designed to look as lifelike as possible in a casino setting but the theme is certainly Japanese with Mount Fuji lurking behind the symbols.

The symbols are all refreshingly basic and include big red sevens, oranges, lemons, cherries, watermelons, bells and bunches of grapes.

There’s no wild symbol here but there is a small blue/green capsule attached to some of the symbols and this is the key to the only feature.

If you can land three of the little capsules on an active payline you will trigger the free spins round and initially you will receive 12 spins plus the total stake. The spins take place on a different set of reels (as in the video above) with pink blossom trees in the background.

While the spins are underway the capsule will also provide a couple more benefits:

Each time a capsule lands on the centre reel the multiplier (which starts at 1x) for the total prize will be increased by 1x.

Each capsule will additionally open up to reveal one of the three characters to the left of the reels – one of the two girls or the Maneki Neko waving cat. Collect all three and you’ll win the jackpot amount of 250x your stake.

The colours and the music are as manic as ever but Super Graphics Super Lucky is well worth a go and we’re inclined to prefer it over the original. It’s easy to trigger the free spins and there’s an RTP of 95.35%.