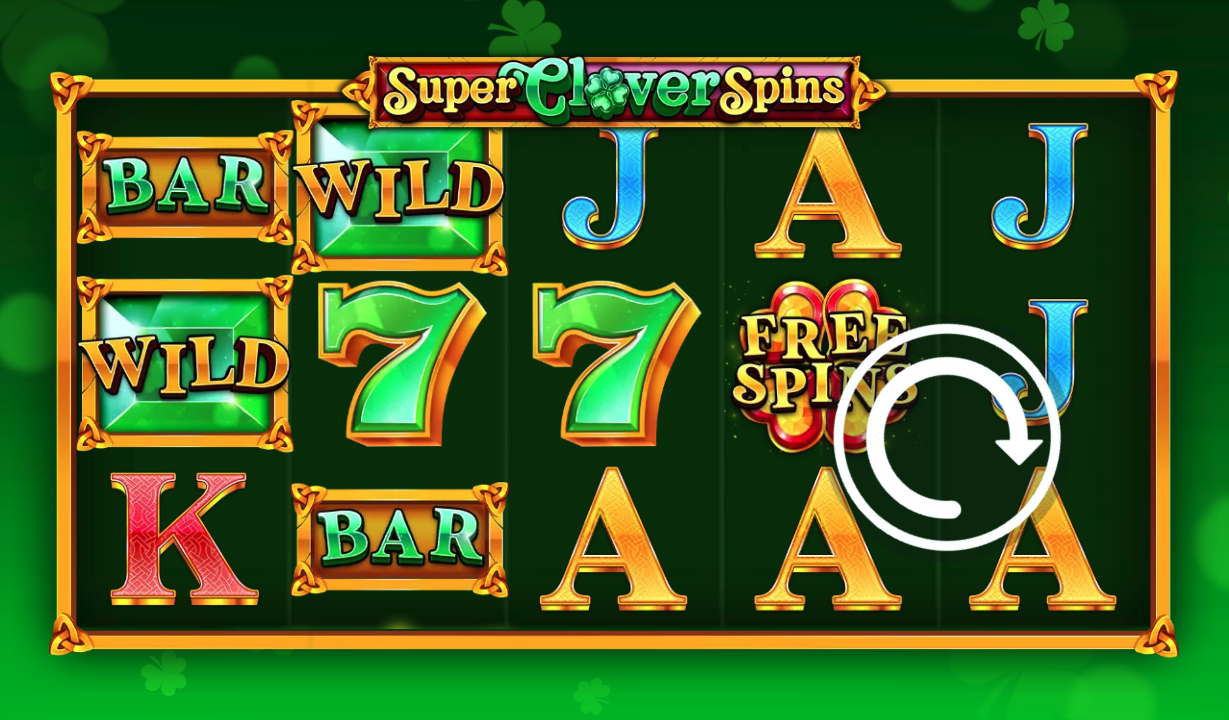 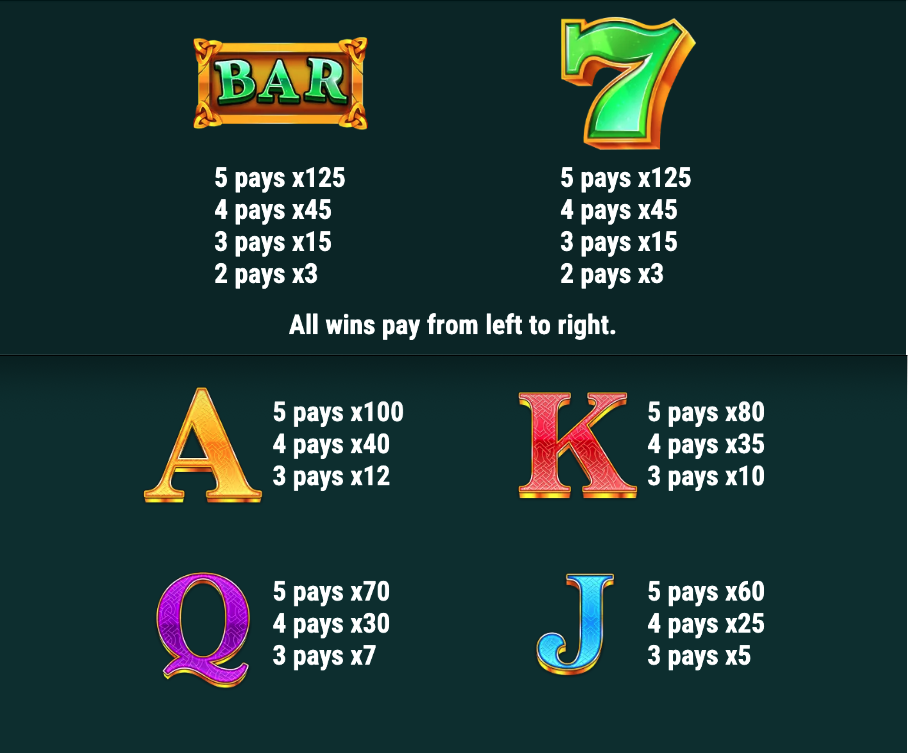 Chuck a rock in a dark casino and there’s a good chance you’ll hit an Irish-themed online slot machine – is it those symbols lucky symbols and cheery leprechauns which make them so popular? We don’t know but we can add one more to the list in the shape of Super Clover Spins, a release from Intouch Games/Slot Factory which tempts players with Super Lucky Spins and the Super Lucky Clover feature.

Super Clover Spins spins its reels against a hazy green backdrop and four leaf clovers – the usual trappings of this genre such as pots of gold, rainbows and drunk leprechauns are nowhere to be seen.

Bars and green sevens represent the two higher value symbols while J, Q, K and A make up the lower values; the emerald is wild and the highest paying symbols at 250x for five on the reels and the golden clover is the scatter.

Five free spins can be yours by landing three of the golden clover scatter symbols anywhere in view and during this round all wilds will expand to fill their entire reels.

If you can land another golden clover during this feature it will double the number of remaining spins and add one more just for luck.

If you just miss out on landing three of the golden clovers and can only manage two then you’ll get to try your luck at a picking game which will either award entry into the free spins or an instant prize of up to 40x the stake.