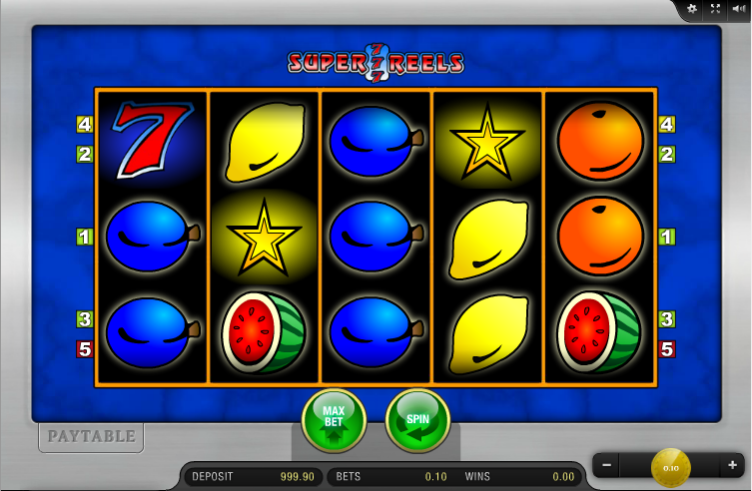 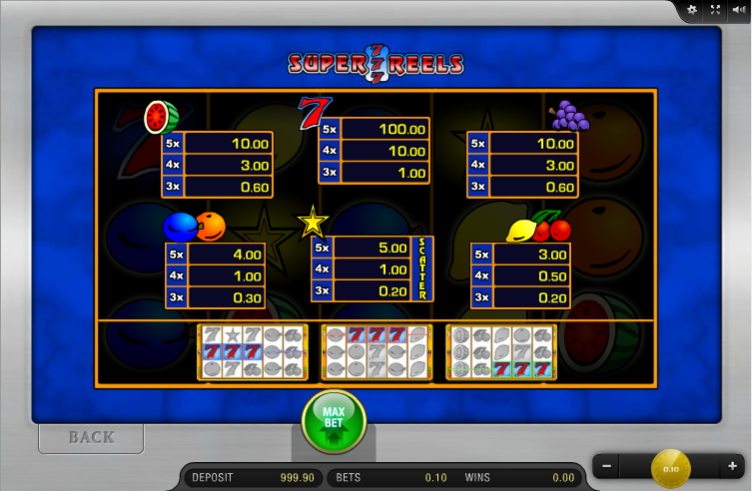 ‘Back To Basic’ may have been the slogan of a certain political party in the dim and distant past but it’s also a valid description of this fruity online slot from Merkur Gaming. It’s called Super 7 Reels and if clarity and simplicity are what you desire then this could just be the thing for you – it you want even more then there’s a gamble feature which offers more winning opportunities.

Super 7 Reels is a five reel slot with three rows and five fixed paylines; despite it’s simplicity it has an attractive look and the symbols have a cartoonish edge adds a little to the overall quality. Outside the reels there’s a dark blue background which serves to highlight the bright action on the inside.

All the symbols are fruity and/or traditional and they include watermelons, red sevens, bunches of grapes, plums, oranges, lemons and cherries. There’s no wild symbol but there is a scatter which is represented by a gold star which will payout for at least three appearing anywhere on the reels. All symbols appear stacked on the reels except the scatter.

In this game winning combos can be made from right to left as well as left to right; additionally they don’t have to starts from the left hand side so you can win on reels two, three and four as long as you have three matching symbols on a payline there.

If you can do without lots of bonus features then Super 7 Reels could well be up your street, it certainly looks good, it plays smoothy and it comes with an RTP of 96.12%.