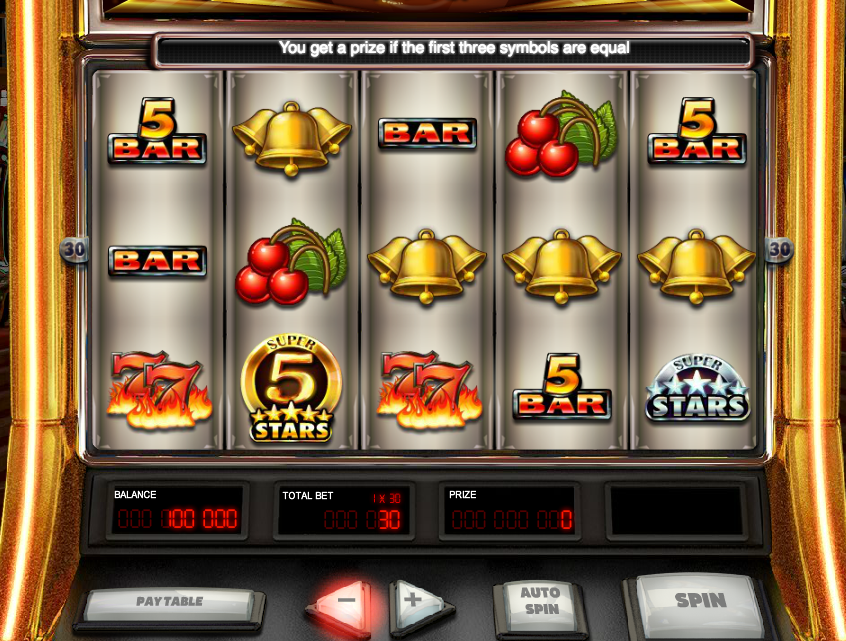 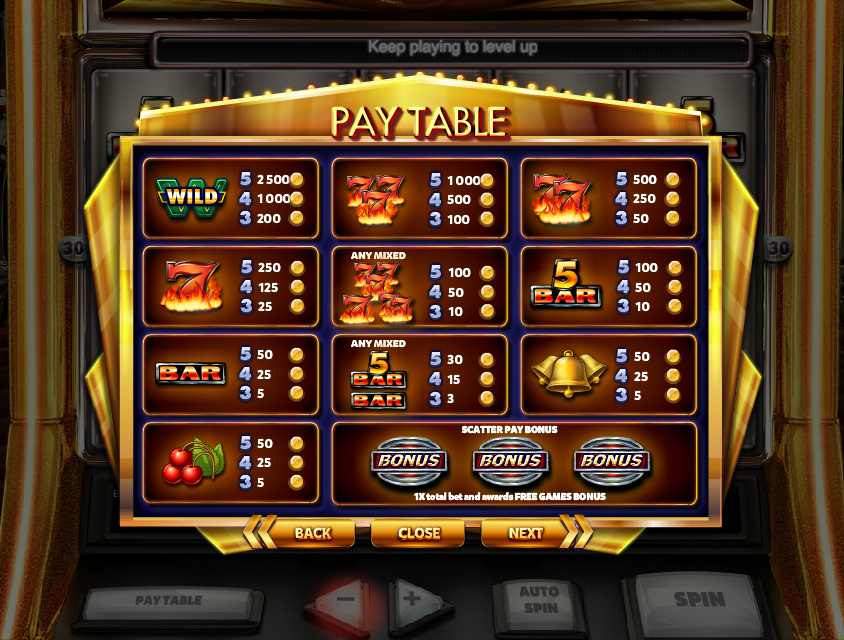 If you’re familiar with the online slots developed by Red Rake Gaming then it’s quite possible you’ve already had the pleasure of playing Super 7 Stars; if that’s the case then you’ll already have a head start if you’d like to check out Super 5 Stars, a similar game with a couple of differences – find out all about it below.

Super 5 Stars is a five reel slot with three rows and thirty fixed paylines; click the ‘Full Screen’ button below the reels and you’ll find yourself in a casino standing in front of a realistic-looking slot machine and ready to spend a few coins. The sound effects involve the recognisable background chatter of a venue such as this.

The symbols are largely traditional and include single/double/triple burning sevens, single/double bars, bells and cherries;

The wild symbol is a big gold ‘Wild’ and it will substitute for all others except the bonus icon and both five star symbols; the gold one will pay 500x for five on an active payline but the silver one is a scatter which is worth up to 200x your stake for nine in view.

This is triggered by landing three of the bonus symbols within one position of payline one on reels two, three and four; you will now be presented with a screen full of tiles so just keep picking until you’ve found three that match:

Finding a wild symbol will count towards the most valuable match and more spins can be triggered during this round.

Just like Super 7 Stars, Super 5 Stars offers some enjoyable gameplay in a realistic environment; the free spins round isn’t as tough to trigger as it might appear and it can be lucrative.