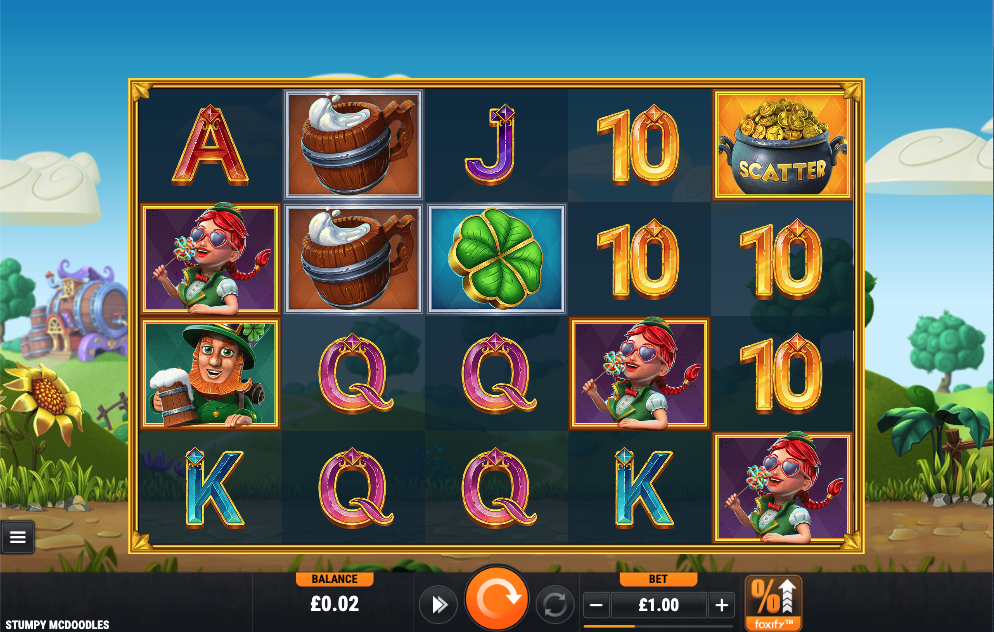 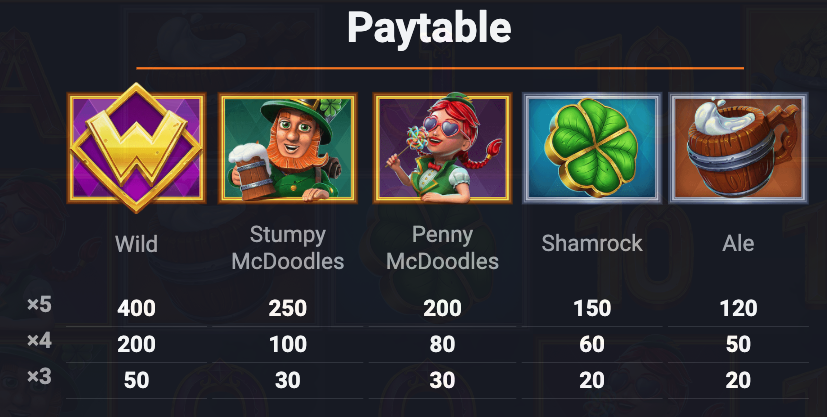 Welcome to one of the best named online slots we’ve played in a while – it’s developed by Foxium, it’s called Stumpy McDoodles and our hero is a leprechaun who’ll do his best to award free spins, base game features and a pot of gold at the end of a rainbow.

Stumpy McDoodles is a five reel slot with four rows and twenty fixed paylines; behind those gold-rimmed reels sits the Irish landscape on which sunflowers and kegs of beer soak up the sun.

The high value symbols include Stumpy, his wife Penny McDoodles, a gold and green shamrock and a mug of ale; 10, J, Q, K and A make up the lower values.

The gold and purple ‘W’ is wild and it will replace all standard symbols to help create winning matches; the pot of gold is the scatter symbol which activates the main feature.

This can be awarded on any base game spin and a pot of gold will appear to add up to eight wild symbols to the reels and a win multiplier of up to 5x.

If two scatter symbols land in view they may lock in place while the reels are respun for a chance of landing a third.

This is triggered by landing three pots of gold on reels one, three and five (or via the Rainbow Respin method); you’ll start this feature with a Shifting Wild on the reels which will move to a new position on each spin. Your task is also to collect coins which award the following:

A pot of gold can also appear during this round to award multiplier values of 1x, 2x or 3x; these are added together as more are earned.

Stumpy McDoodles is typically high quality stuff from Foxium with some creative twists on one of the more crowded slots genres; we particularly like the Shifting Wilds in the free spins and look forward to Mr and Mrs McDoodles returning in a sequel.