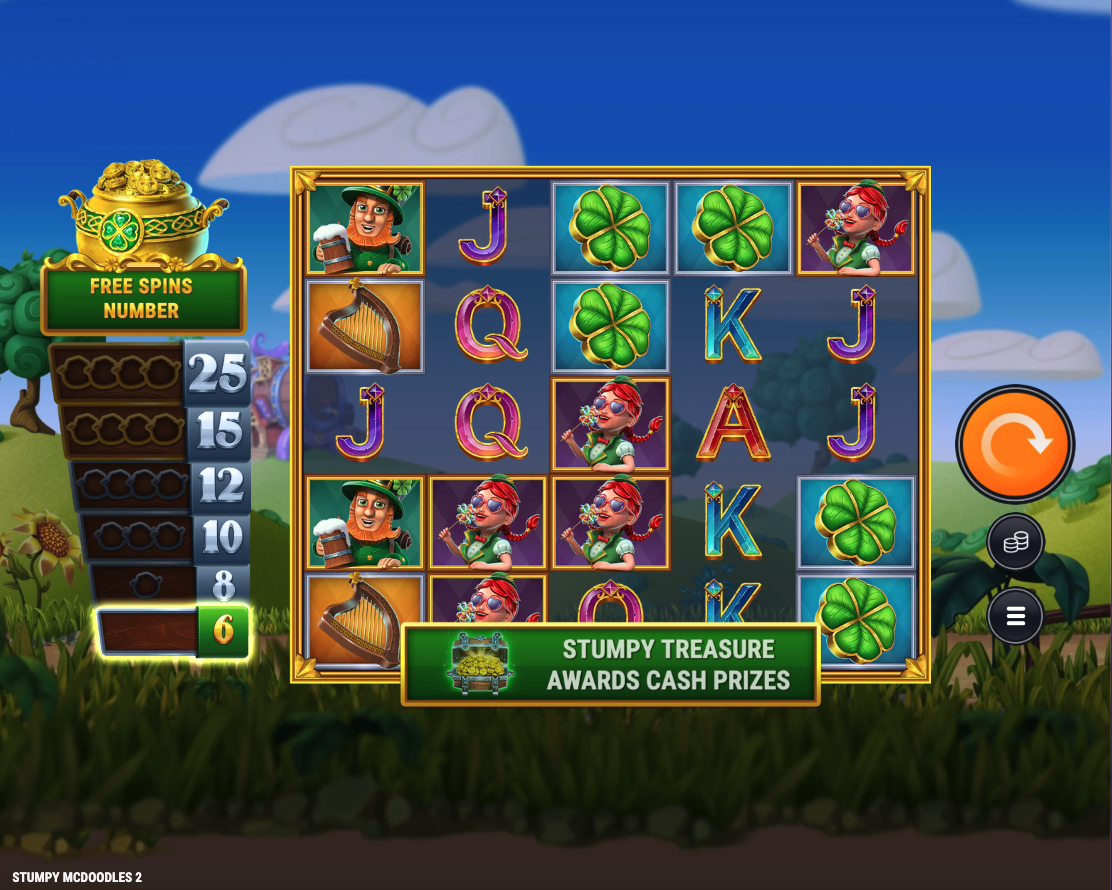 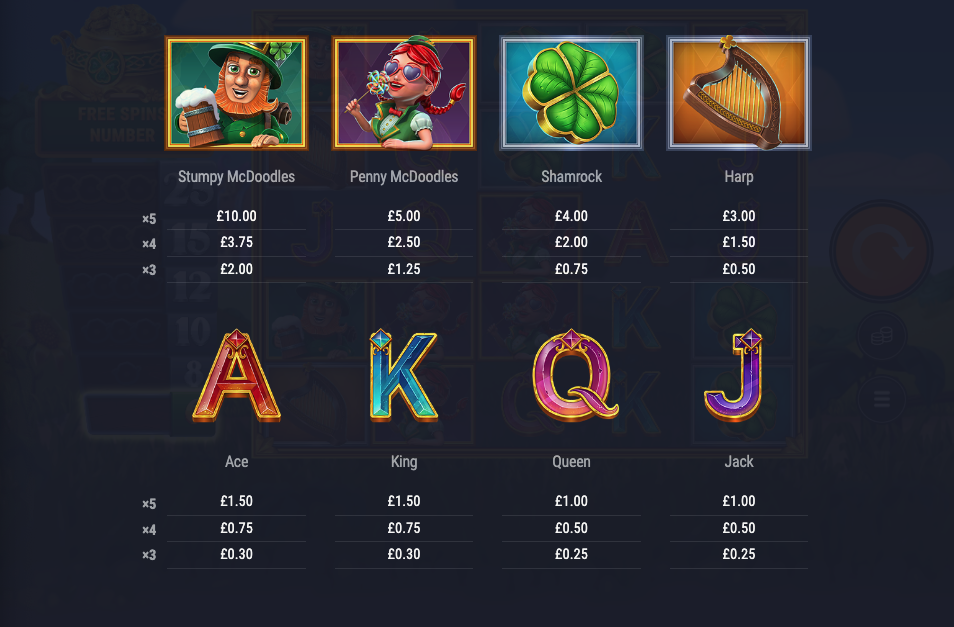 Of the assorted leprechauns who roam the world of slot machines, Foxium’s Stumpy McDoodles is one of the more amusingly named and the star of the original game – he’s now returned in this sequel which offers more of the same Irish-themed shenanigans along with random treasure and wilds and plenty of free spins.

Stumpy, his wife Penny, a shamrock and a harp are the high value symbols with J, Q, K and A as the lower values; the green and gold Wild is obviously wild and the special symbols are the scattered cauldrons and the treasure chest.

At any point up to twelve wild symbols can be added to the reels, sparked by the appearance of a floating cauldron.

A treasure chest landing on reel five in the base game will award an instant prize of up to 100x the total stake.

The meter to the left of the reels will show the number of cauldrons collected and this is achieved by landing exactly two scatter symbols in view – this will collect one cauldron. Landing three scatter symbols will trigger the free spins round and you’ll receive six plus any extra shown on the left hand side.

When the round begins there’s a wild symbol on the reels which will move to a new position with each spin; landing a wild coin on the reels will add two extra spins and increase the size of the wild symbol. Ultimately the wild can fill all positions and if this happens you’ll get five of a kind wild wins for the remaining spin.