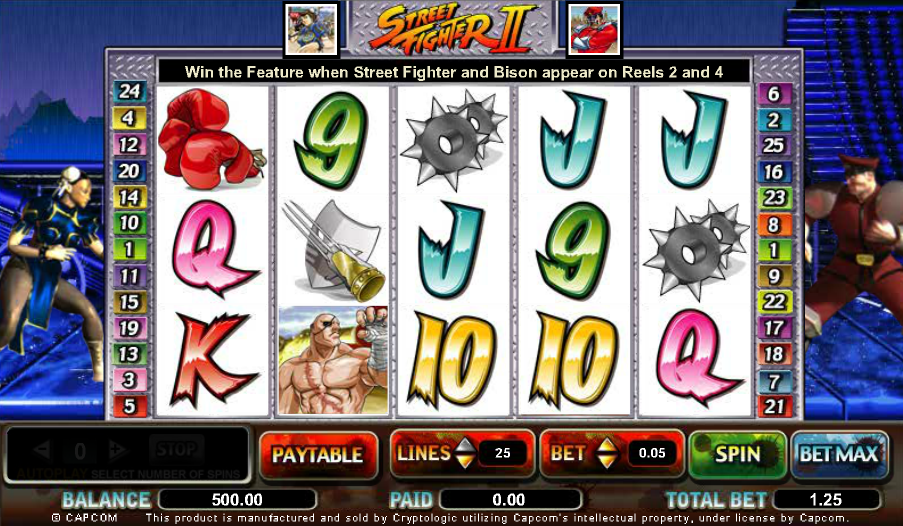 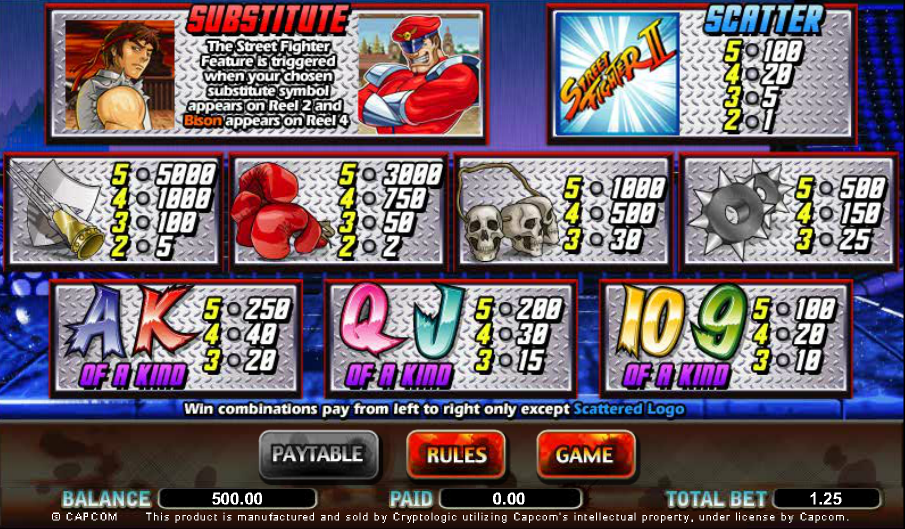 If you don’t remember the original Street Fighter arcade game then you’re clearly not old enough to have experienced one of the classic fighting games; fortunately for the sake of our collective nostalgia there exists an online slot based on Street Fighter 2; it was originally developed by Cryptologic, now under the Nextgen Gaming label.

Street Fighter 2 is a five reel slot with three rows and up to twenty five paylines; the graphics and sound effects are straight from the original which can only be a good thing. When the game starts you will be asked to select one of five fighter symbols to act as the wild and this character and Bison are visible to the left and right of the reels.

The four high value symbols are some weapons, boxing gloves, a skull necklace and spiked bracelets; 9, 10, J, Q, K and A represent the lower values.

This mini-game is triggered when your chosen character appears on reel two and Bison (your ultimate enemy) appear on reel four. Those two reels will now expand to show the full figures of those two combatants and they both become completely wild.

Only reels one, three and five will now respin and reels one and five contain four new symbols:

Street Fighter 2 is a brilliant tribute to the arcade game and well worth a pop; it’s good to see a feature based on the fighting content of the original and we can thoroughly recommend this slot. It comes with an RTP of 95.34%.