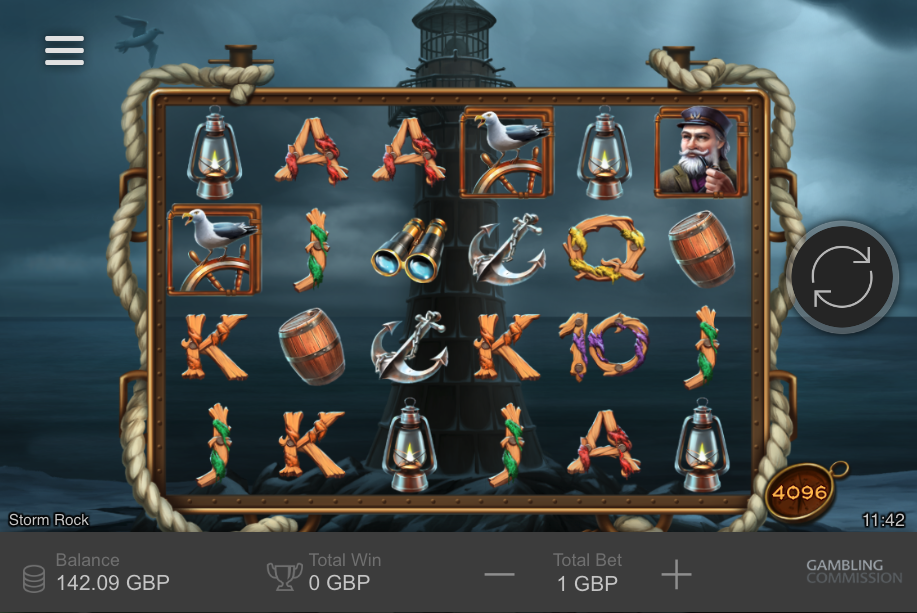 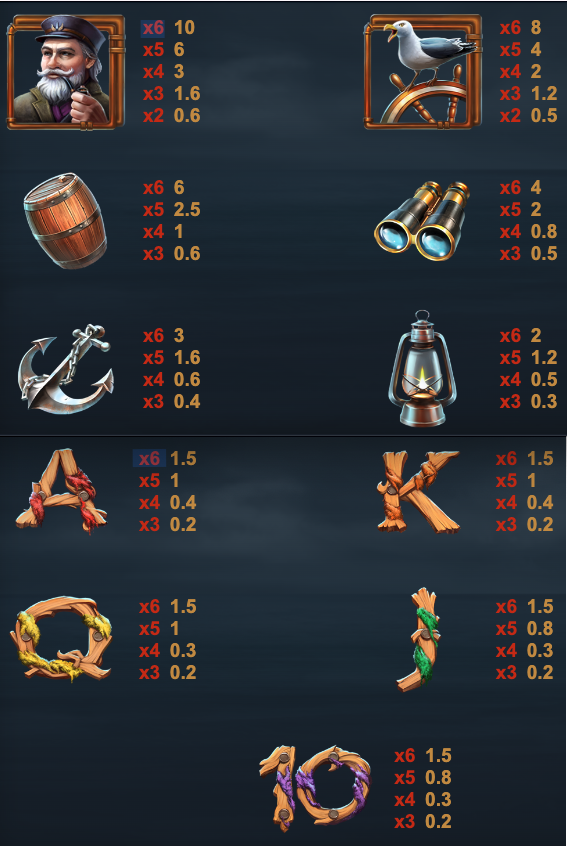 It may never have appeared on the BBC’s shipping forecast but Storm Rock is clearly a grim part of some grey ocean and the lighthouse is inhabited by a bearded, pipe-smoking chap; this online slot is developed by Bet365 Originals and it comes with free spins and large wild symbols on the reels.

Storm Rock is a six reel slot with 4096 ways to win and those reels spin within a nautical rope and metal frame which sits on the barren rocks – the lighthouse perches some way back, surrounded by buffeted gulls and the momentarily calm, grey sea.

The high value symbols include the lighthouse keeper, the gull, the barrel, the binoculars, the anchor and the gas lamp while the lower values are 10, J, Q, K and A, formed from tied driftwood. The regular wild appears on reels one, two, five and six and the 2×2 ‘Beacon’ wild appears on reels three and four (it may also have a multiplier value of up to 10x attached). The compass is the scatter symbol.

Landing three or four compass scatter symbols anywhere on reels one, two, five and six will award 8 or 12 free spins respectively. The Beacon wild is always present during the spins with a starting multiplier of 1x but this increases by 1x each time another scatter lands.

More spins can be retriggered by landing another three or four compass scatters.