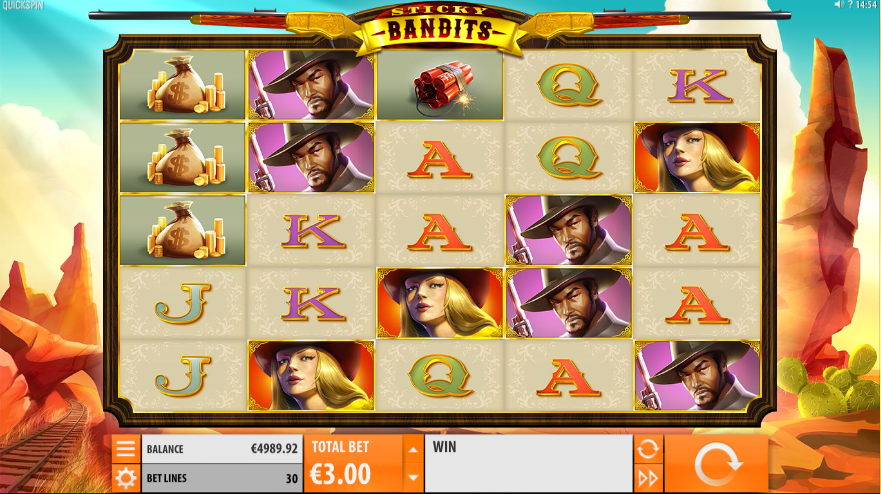 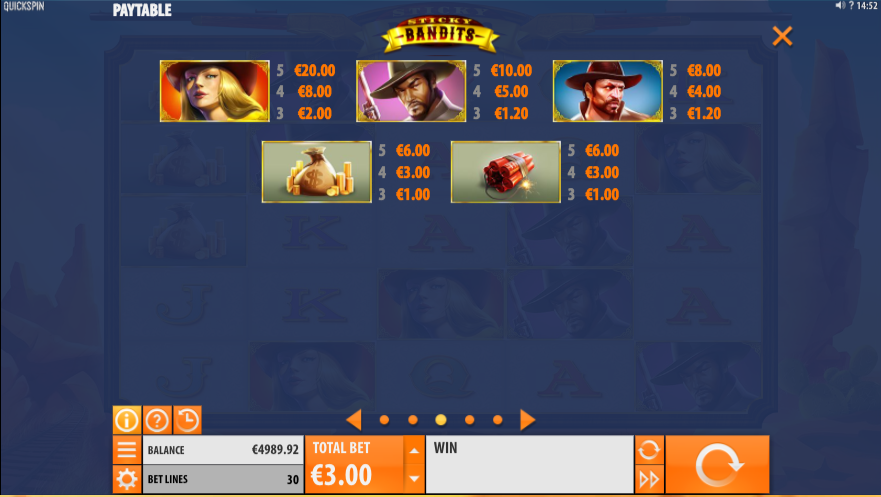 Fresh from the very capable development studios of Quickspin Gaming is this online slot machine with the Old West as it’s theme; it’s not the first but that doesn’t matter as long as it’s a good’un, it’s called Sticky Bandits (which is not an amusing double entendre) and you can read about it here.

Sticky Bandits is a five reel slot with a lofty five rows and thirty fixed paylines; twin rifles border the top of those reels while in the background a desert scene is embellished with rock stacks, cacti and a railway line.

The high value symbols include three cow persons – one female and two male, a bag of gold coins and some sticks of dynamite; J, Q, K and A represent the lower values.

The  two male characters also represent the two massive wild symbols which are two positions wide and appear on reels two/three and four/five; they will substitute for all other symbols to help form matching combinations including the train bonus icon which appears only on reel one. 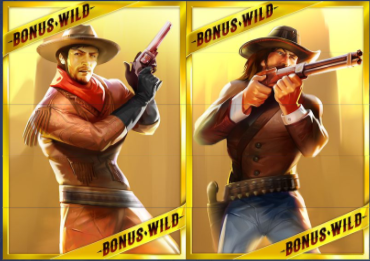 This is triggered by landing the train bonus symbol anywhere on reel one and a wild symbol anywhere else on the reels; you will now receive seven free spins (as you can see in the video above) and those wild symbols already in place will remain there during this round. Additionally any further wild symbols landing will likewise freeze in place.

There are no bonus symbols on the reels during the spins and so it’s not possible to trigger any more spins.

Sticky Bandits is an attractive, well-designed slot with some creative bonus features and plenty of potentially big wins; we like this game a lot and it comes with a slightly higher then average RTP of 96.58%.