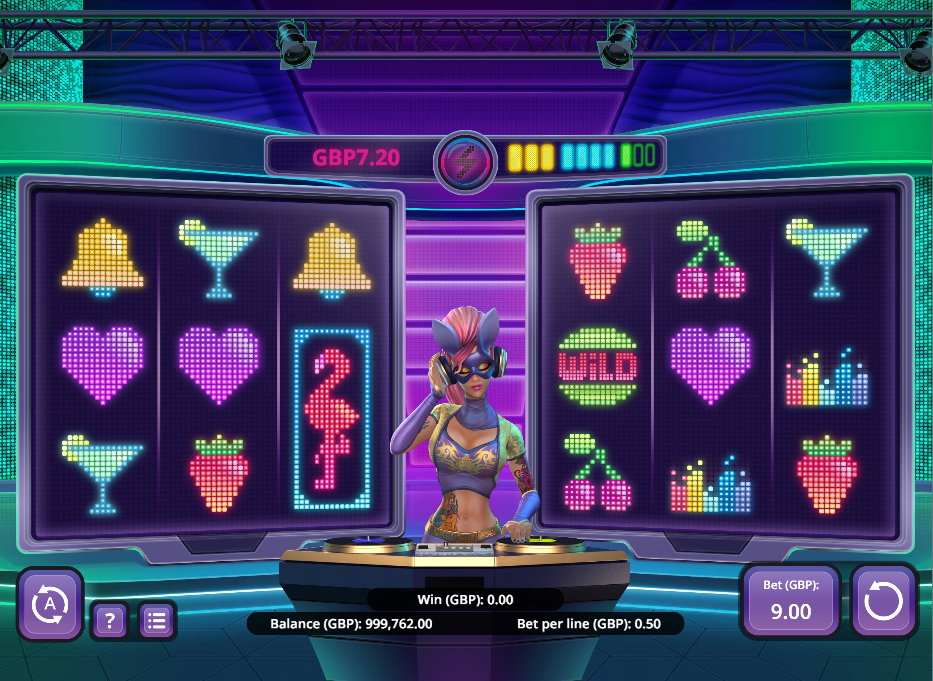 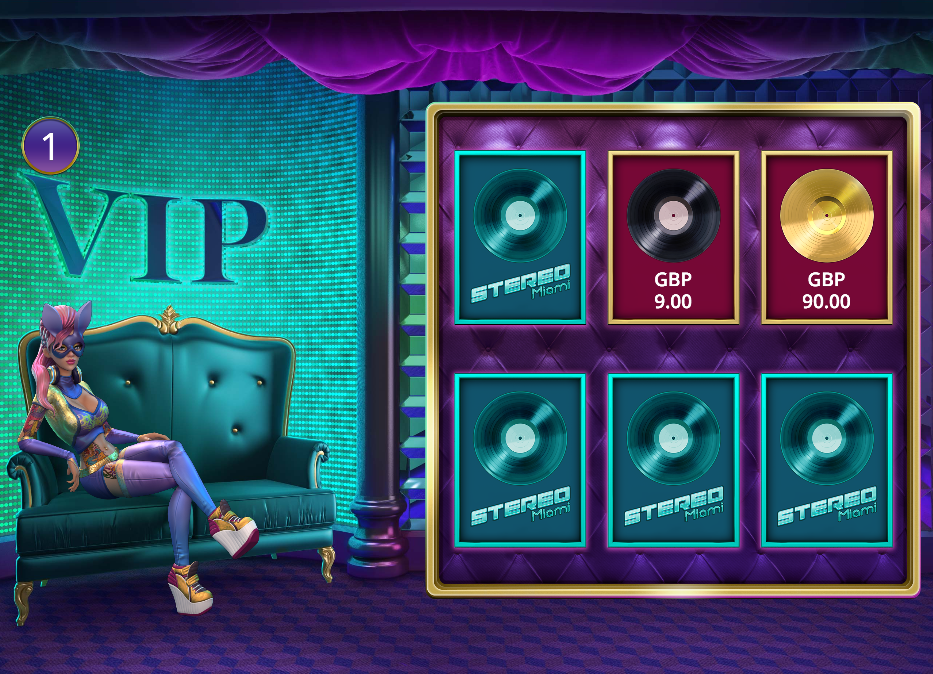 We always like to see something a little different when reviewing a new online slot and we would argue that this game offers us just that. It’s called Stereo Miami, it’s developed by Foxium on Odobo’s software platform and as well as an unusual design, it includes three separate bonus features to enjoy.

Stereo Miami features six reels split two 3×3 reel sets which each have their own payline structure; we like the design of the game and it’s set in a Miami nightclub with the DJ spinning the discs in front of the reels, providing a pounding soundtrack to accompany your gameplay.

The standard symbols are a familiar bunch but designed in a colourful dot-matrix fashion – they include diamonds, sevens, bells, hearts, cocktail glasses, cherries, strawberries…..and a graphic equaliser.

There’s a green and red wild symbol which replaces all others except the scatters and the bonus icons – they are an energy symbol, VIP Bonus icon and flamingo icon.

This is triggered by the flamingo scatter symbol which takes up two positions on the reels; each half of the scatter is counted as one scatter so you will need six to activate the spins. The number of scatters collected is the number of spins you will receive – up to 12.

The spins take place on a standard five reel setup and each successive win will increase the multiplier for that win from 1x to 5x. Each scatter landed will award one more free spin.

Trigger this by collecting ten of the energy symbols during your gameplay to fill up the meter above the reels. You will now be taken to a screen displaying nine multipliers on the left hand side (from 5x to 20x) and nine speakers on the right. As each speaker turns off, the corresponding multiplier on the left will disappear until there’s just one left – this is applied to your total stake.

This is triggered by landing three or more of the bonus symbols anywhere in view and this is a picking game which awards one pick per triggering symbol. There are six platinum discs to select from and each will pay a maximum of 20 the total stake.

We really like Stereo Miami, although we had to turn the sound down before long; the three features all seem reachable and the graphics offer something a little different. It’s well worth checking out.