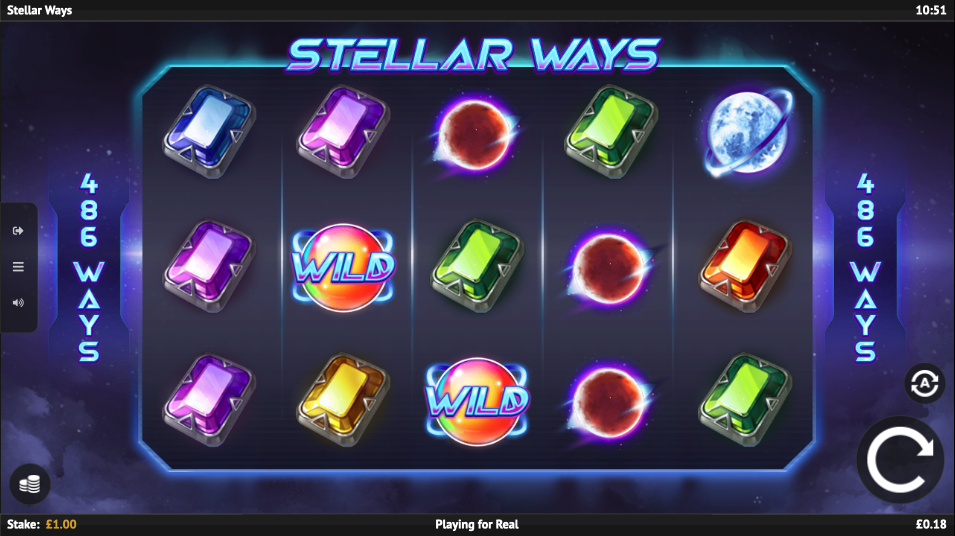 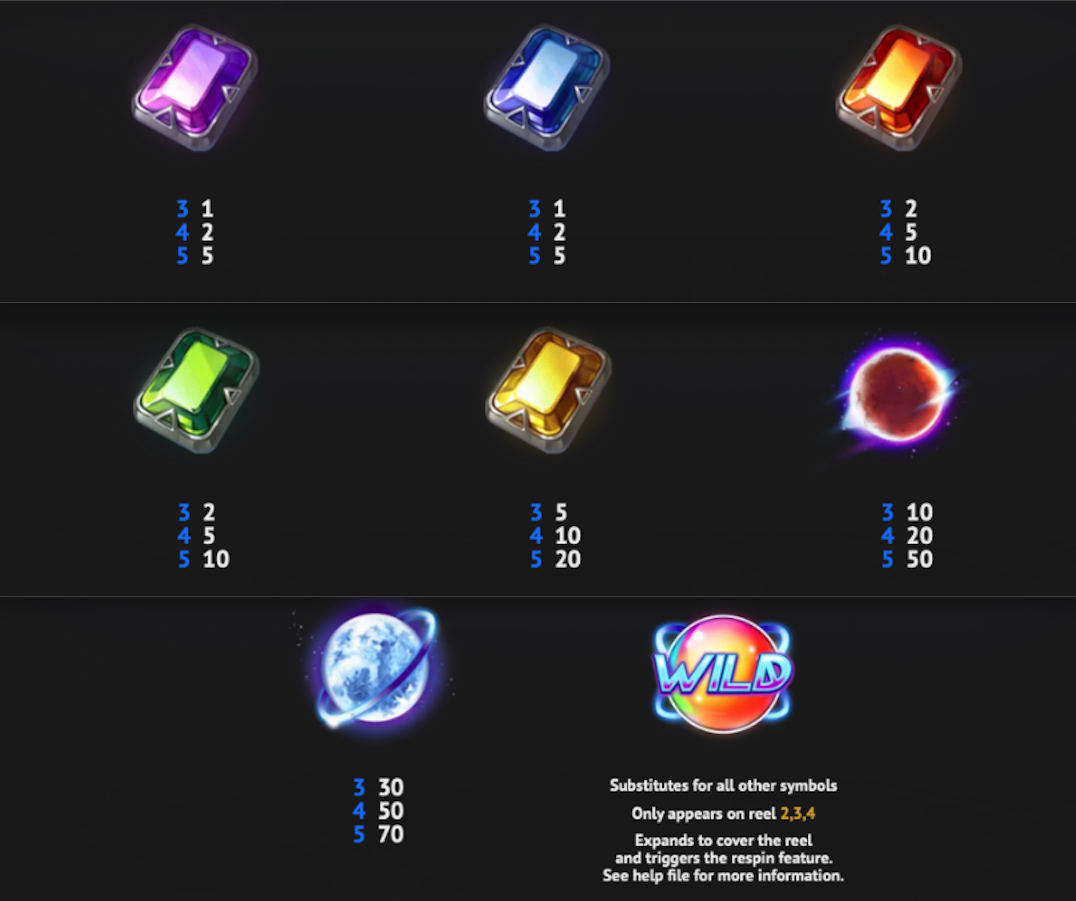 Far out in the infinite cosmos there’s a set of reels which spin endlessly in the purple haze – this is the setting for Stellar Ways, this online slot from 1×2 Gaming which comes with some stylish gameplay, good looks and a wild respin feature.

Stellar Ways is a five reel slot with three rows and four hundred and eighty six ways to win – that’s only possible because wins in this game can be formed from right to eft as well as from left to right. Stars twinkle behind the glowing reels, partially obscured by the hazy clouds below.

Two planets represent the higher value symbols and gems in gold, green, orange, blue and purple; the reddish planet is wild and it appears only on reels two, three and four.

Every time the wild planet symbol lands on reels two, three or four it will expand to fill its whole reel and award a respin while locked in place; any more wilds which land during the respin will also expand, lock and award another spin. The luckiest players will manage to get reels two, three and four completely wild with the obvious potential of some big wins.

Stellar Ways doesn’t offer too much in the way of bonus features but the wild respins occur regularly enough to keep things interesting; the other attraction of this slot is the high quality design and smooth gameplay which should keep you spinning for a little while longer.

Yes! Wild respins and paylines which run-in both directions.

The Return To Player percentage for Stellar Ways is 96.12%.

How To Win On Stellar Ways?

Land combinations of at least three matching symbols or wilds starting from the left hand or right hand side side; trigger wild respins.

Where can I play Stellar Ways?