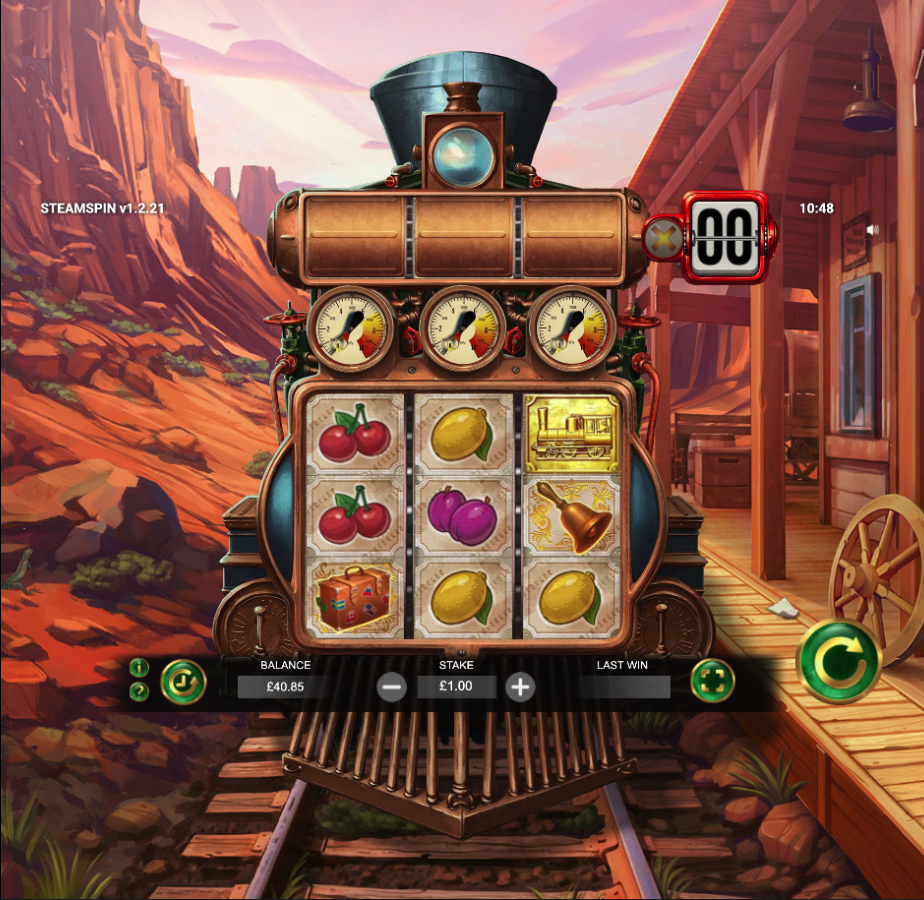 The heady days of steam-driven rail travel in the United States form the theme to this online slot from Jade Rabbit Studios which comes with the title of Steam Spin; it’s a clever game with nudging wilds, wild multipliers and two Steam Spin bonus features.

The three reels and nine paylines of Steam Spin are balanced on the cow-catcher of a fabulous Victorian train standing at the station of some Wild West town shaded by rock stacks and patronised by scuttling lizards.

The four high value symbols include gold bars, the station master’s cap, the bell and the suitcase; pears, plums, lemons and cherries represent the lower values. The two types of wild are the regular version and the multiplier wild which displays values of up to 10x. The scatter symbol is the golden train.

Every time a wild symbol lands on the reels it will lock that reel and award respins – on each spin it will move down one position until it drops off the bottom and the feature ends.

Landing three of the train scatter symbols anywhere in view will trigger this feature and it’s similar to the basic SteamSpin Bonus except that the win multiplier if fixed at 33x.