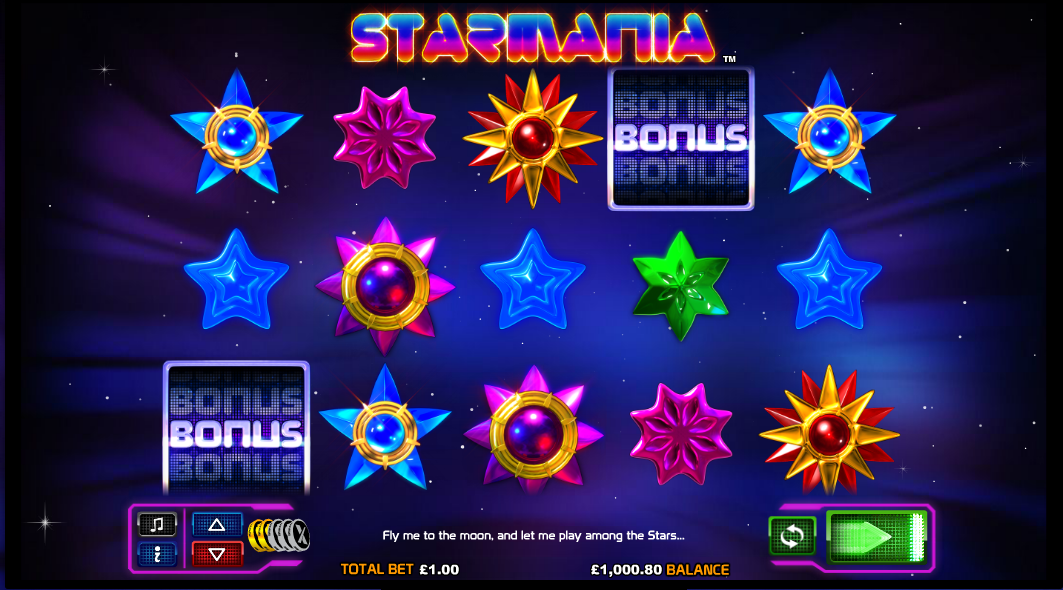 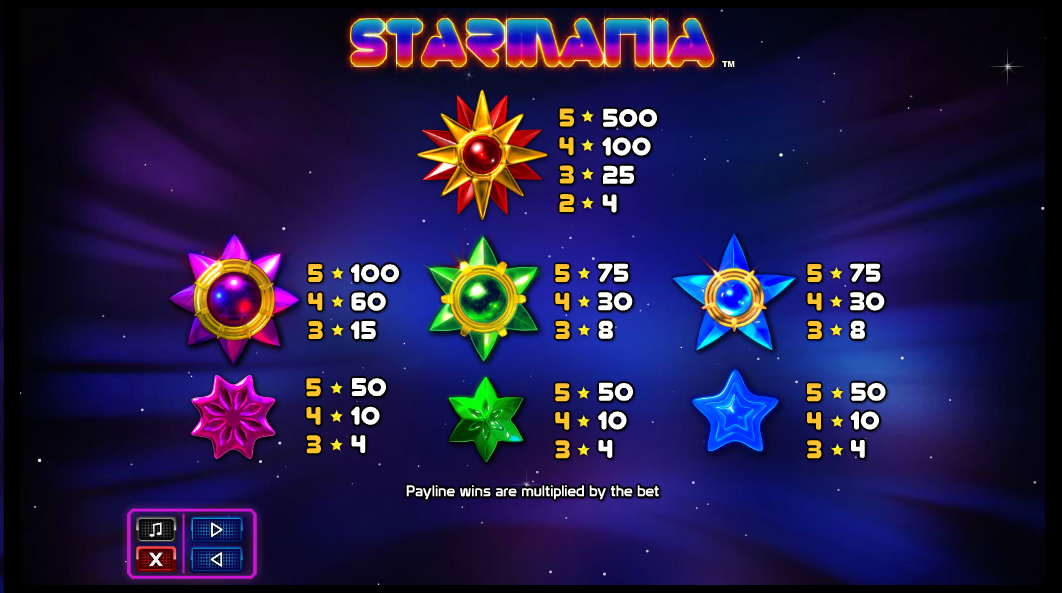 Starmania may sound like the name of a dodgy 1970s nightclub but it is in fact the title of this space-themed online slot from NextGen Gaming. It’s certainly colourful and it comes complete with a free spins round and an opportunity to gamble any wins but is it any good? Read our detailed review below to find out.

Starmania is a five reel slot with three rows and ten fixed paylines; we know we’re in outer space because there are stars twinkling in the background with the occasional planetary body floating through the void towards us.

The symbols are all related to the theme and they are all stars of one sort or another; the higher values come in various combinations of colours – red, gold, purple and blue – while the lower values are of single colours. Winning combinations can be formed from right to left as well as left to right.

The wild symbol is represented by a big, gold ‘Wild’, it appears only on reels two, three and four and substitutes for all others except the scatter which is a big ‘Bonus’ icon.

Before each spin an extra wild symbol is added to reels two, three and four which means that by the tenth spin there are thirty extra wilds added in total.

Each win can be gambled by clicking the ‘hearts/clubs’ which appears just above the ‘Spin’ button. You can now try and double or quadruple your win by guessing the outcome of a turn of the playing card. The maximum win is five correct guesses but a wrong answer loses all your winnings.

There’s nothing wrong with Starmania and it’s good fun to play but is it as good as the very-similar Starburst from Net Entertainment? We’re not sure, but it does have a very high RTP of 97.87%.