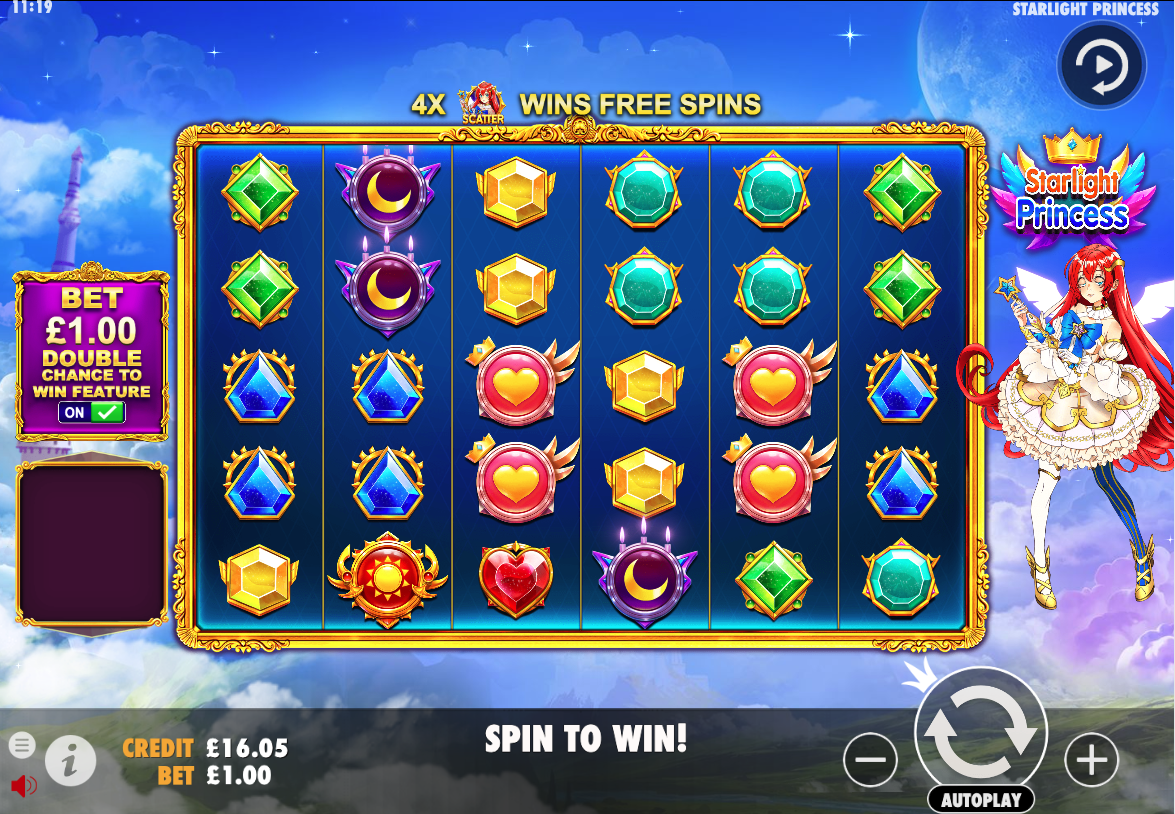 Influenced by Japanese Manga, Starlight Princess is an online slot machine developed by Pragmatic Play; it comes with an interesting gameplay mechanic plus some colourful multipliers and a free spins round.

Starlight Princess plays out on the 6×5 grid shown above and the symbols spin within an ornate golden frame which floats close to the magical castle of this particular royal who bobs around on the right hand side.

Creating combos is a little different here because you’ll win if at least eight matching symbols land anywhere on the reels – they’ll then disappear and allow more to fall in to replace them as part of the Tumble feature. The tumbling continues until there are no more wins.

The higher value symbols are a sun, a heart, a crescent moon and a star while the lower values are gems in red, blue, green, light blue and yellow – the princess is the scatter symbol.

When a heart lands on the reels it will display a multiplier of between 2x and 500x – when all tumbling has finished any wins during that sequence will be multiplied by the total of all multipliers in view.

Landing at least four of the princess scatter symbols anywhere in view will award an initial fifteen free spins and during this feature any multiplier which lands and helps with a win will have its value saved, added to any others and applied to the next win – for the luckier players these progressive multipliers can add up to some big wins towards the end of the spins. Landing three or more scatters during this round will award five extra spins.

There’s an optional ante bet which will cost an extra 25% of your stake but it doubles the chance to trigger the free spins feature.