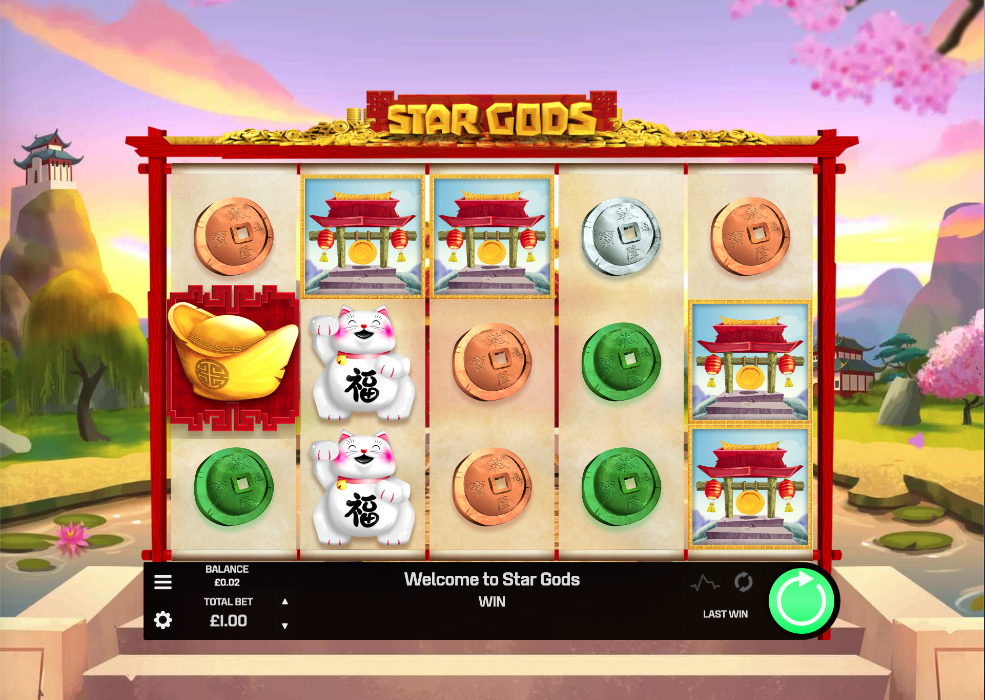 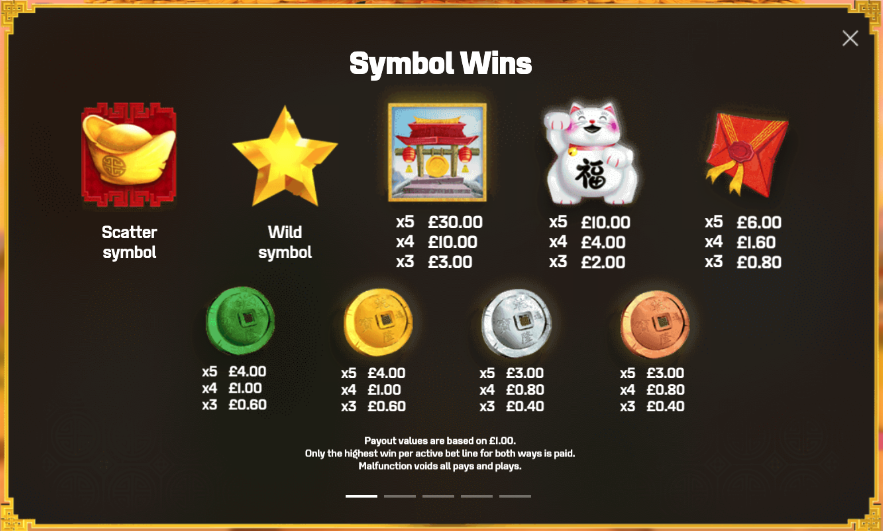 Cherry blossom, lucky cats and red enveloped tell us that we are visiting China once more to try out an oriental-themed online slot machine – this time it’s in the company of Star Gods, a game developed by Golden Rock Studios with expanding wilds and sticky respins.

The high value symbols include the gong, the Maneki Neko lucky cat and the red envelope which presumably holds some cash; four coins in green, gold, silver and bronze represent the lower values.

The gold star is wild, it appears on reels two, three and four and it will replace all standard symbols to help form winning combos – it also activates one of the features described below. The gold ingot is the scatter symbol.

Every time a wild symbol lands on reels two, three or four it will expand to fill all positions on that reel, transforming into a wise old sage; you will now receive respins with that wild stuck in place until a win is formed or another wild lands in which case the process continues. Of course the ideal situation is stacked wilds on reels to, three or four for the biggest wins.

Landing at least one wild symbol on reels two, three and four with a scatter symbol on reel one will award two free spins with the wild(s) locked in place.

Star Gods is a top quality slot with some intricate graphics and two clever bonus features which merge seamlessly into the gameplay – this is our first experience of Golden Rock Studios and very enjoyable it is too!