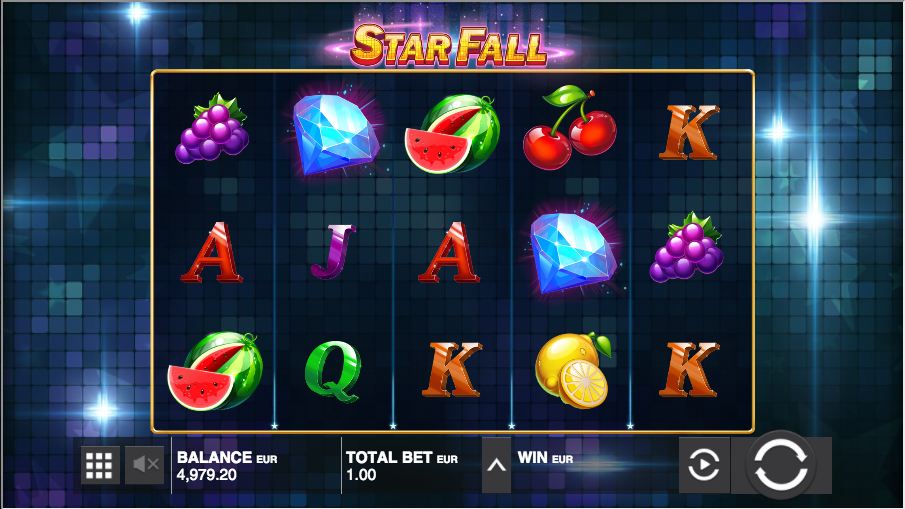 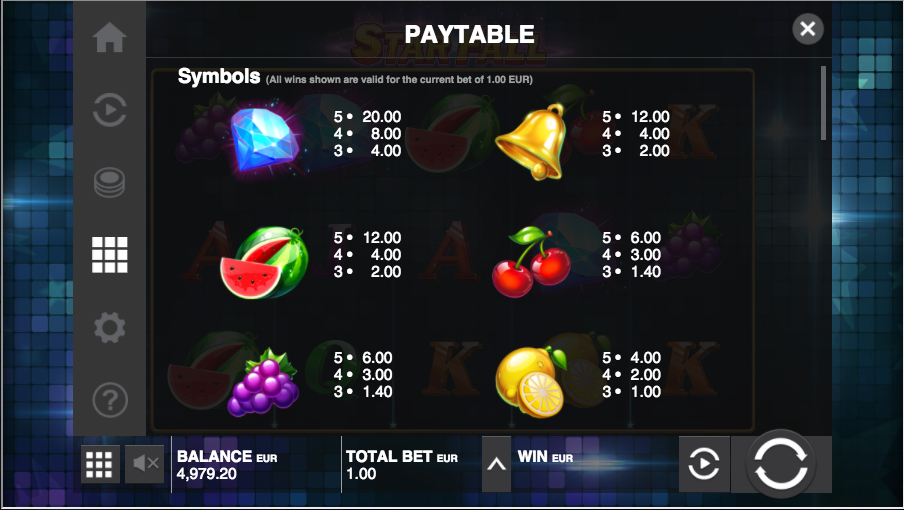 Push Gaming develop some very simple but good-looking online slots and there’s often more to these games than meets the eye; Star Fall is another example to add to the list, it’s a game with a faint sci-fi theme but plenty of traditional elements also – read all about it here.

Star Fall is a five reel slot with three rows and twenty five fixed paylines; those reels spin within a slender golden frame which sits against a backdrop of mirrored tiles reflecting the glow from various lights.

There are a traditional range of symbols including blue diamonds, bells, watermelons, cherries, grapes and lemons; J, Q, K and A make up the lower values.

The wild symbol is a gold star which appears only on reels two, three and four and can replace all other symbols to make a winning combo except the bonus coin and coins stack symbols; the wild also has an extra feature which is described in detail below.

This occurs whenever one or more wild symbols appear on the reels; any wins will be paid and then you’ll receive a free respin in which that reel will advance just one position. Any more wilds appearing (or still on the reels) means that another spin is awarded and so the process continues until there are no more wilds in view.

The stack of coins appears only on reel three and when it fills all positions there you will be awarded six free spins; any coins appearing on reels two, three and four are collected and assigned to that reel – once three coins have been collected on a particular reel it will become completely wild and locked in place.

Star Fall has some interesting creative features which combine with some nice gameplay and traditional elements and the result is an entertaining slot with an RTP of 96.61% – check it out.