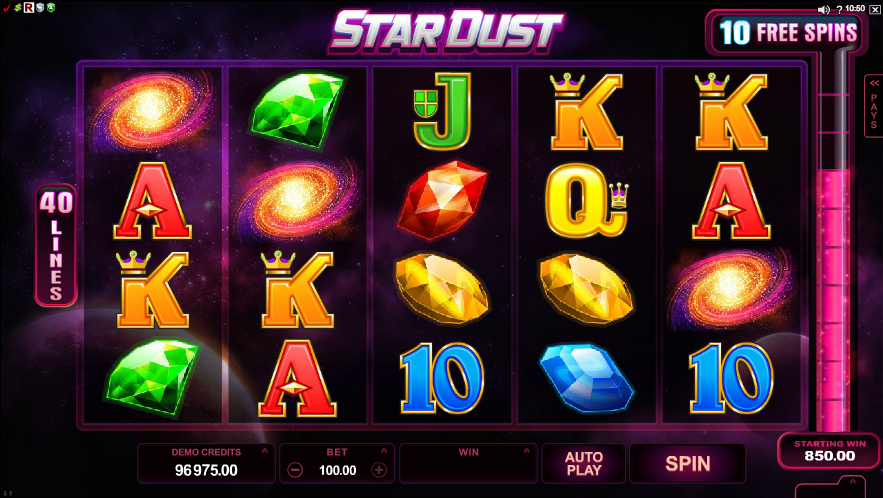 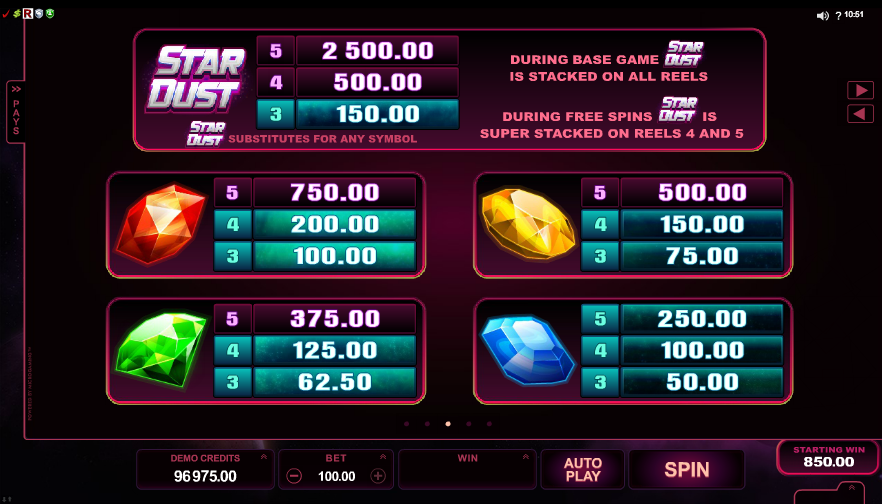 The far reaches of outer space are once again our destination as we check out Star Dust, a science fiction-themed online slot from Microgaming. The developer calls it a game with a ‘retro arcade feel‘ and the graphics and sound effects bear that out but it’s also got some clever extras including a gem collection feature and Radiant Respins.

Star Dust is a five reel slot with four rows and forty paylines; the design is quite basic but the backdrop to the reels features is a purplish view of distant planets and stars. There’s a gentle musical sound effect to accompany your gameplay.

The symbols are perhaps slightly unimaginative and include four gems – orange, yellow, green and blue – along with the standard 10, J, Q, K and A.

The Star Dust logo is wild and substitutes for all others; the galaxy symbol is important when it appears on reel three and there’s a bit more explanation about that below.

You will notice that there is a meter to the right of the reels; each time a galaxy symbol lands on reel three it will collect gems from the other reels – a maximum of one per reel. These are added to the meter and when it’s full you will receive a payout plus at least ten free spins and a maximum of thirteen.

The free spins take place with a 1024 payline reel structure so you will earn wins as long as there are matching symbols on adjacent reels starting from the left hand side.

The free spins cannot be re-triggered from within this round.

The gem collection feature is the standout part of Star Dust which otherwise is quite a basic-looking slot; it can take a long time to collect those gems but it’s worth it when it eventually happens.