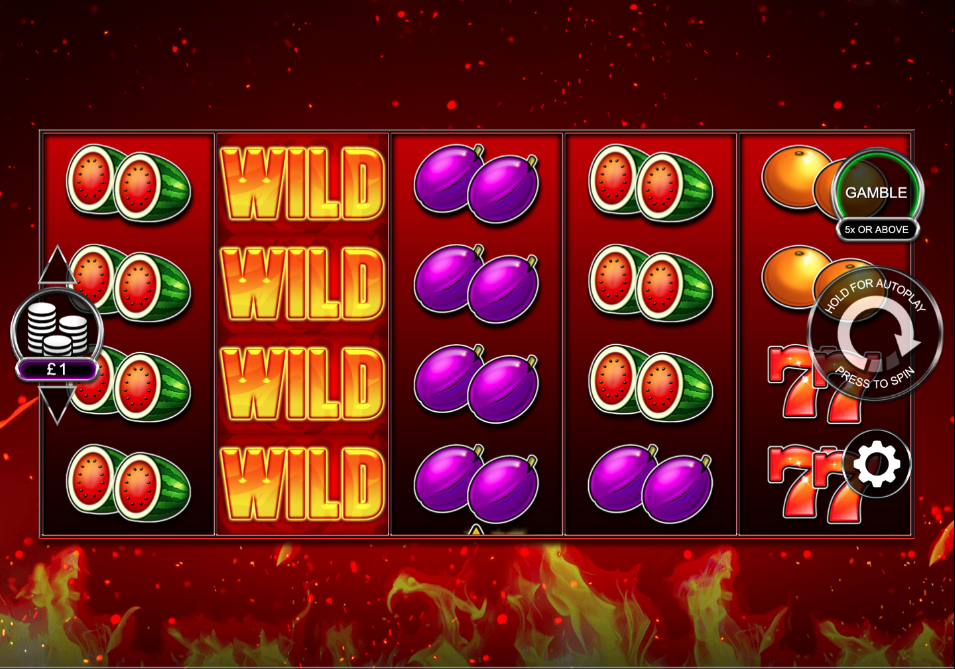 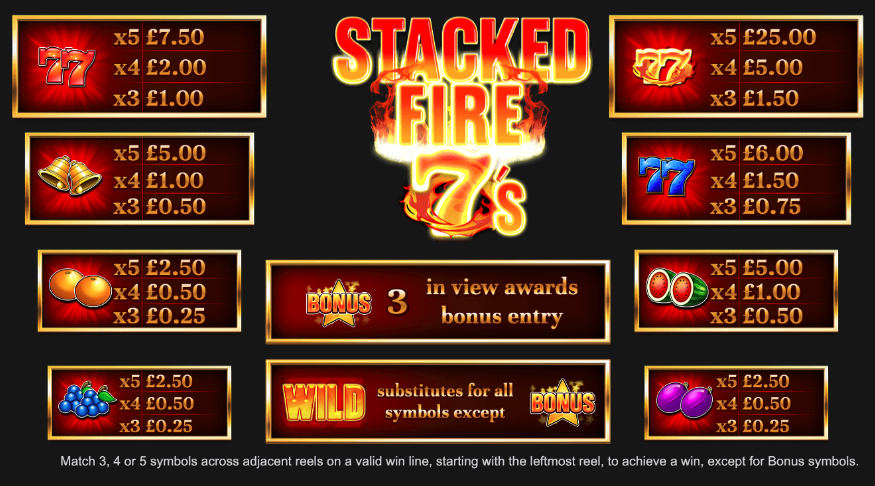 Heat and fruit usually result in some sort of stewed dessert but in the case of this online slot from Inspired Gaming it’s a combination which ends up with Stacked Fire 7s, a game offering players free spins and a gamble feature for the bigger wins.

Stacked Fire 7s is a five reel slot with four rows and forty fixed paylines; those dark red reels float against a fiery backdrop with burning embers drifting upwards from the glowing flames below.

The three highest value symbols are double sevens in red, blue and ‘fire’ while others include bells, oranges, bunches of grapes, watermelons and plums. As the title of this game suggests, all symbols appear stacked on the reels.

The wild is a big, glowing ‘Wild’ which appear on reels two, three and four and which will replace all standard symbols to help form winning combinations; the glowing star is the bonus symbol.

Landing three of the bonus symbols anywhere on reels one, three and five in the base game will award an initial eight free spins; this round now kicks off with only the wild symbol and the three double sevens in play which makes it a bit easier to land some big wins.

If you’re tolerance to risk is high then you may enjoy the gamble feature which can be switched on or off in the top right hand corner; there are actually two ‘on’ options:

The game itself offers the choice of two wheels – one to increase the winnings by one third, double them or triple them and the other to spin for the chance of winning some free spins.

Not only does Stacked Fire 7s have a very literal title, it also offers the type big, colourful gaming experience we’ve come to expect from Inspired Gaming; there are some big wins available in the free spins but always use the gamble feature with caution.