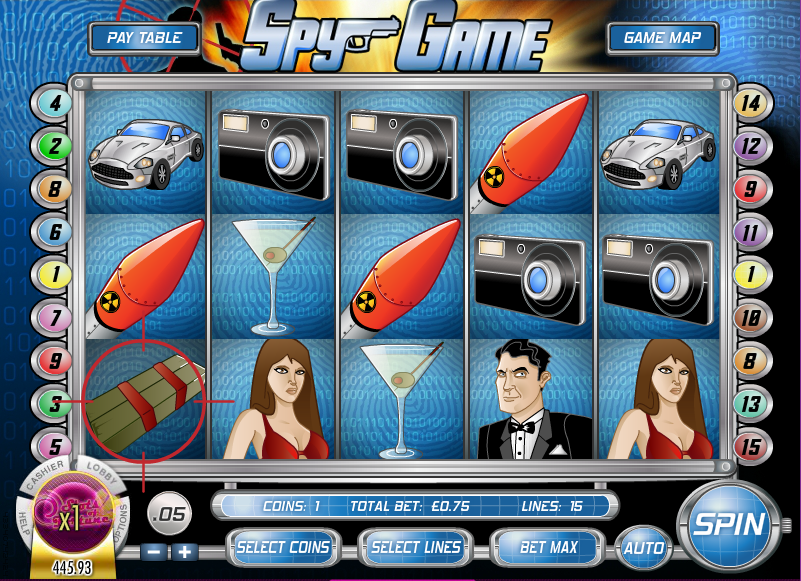 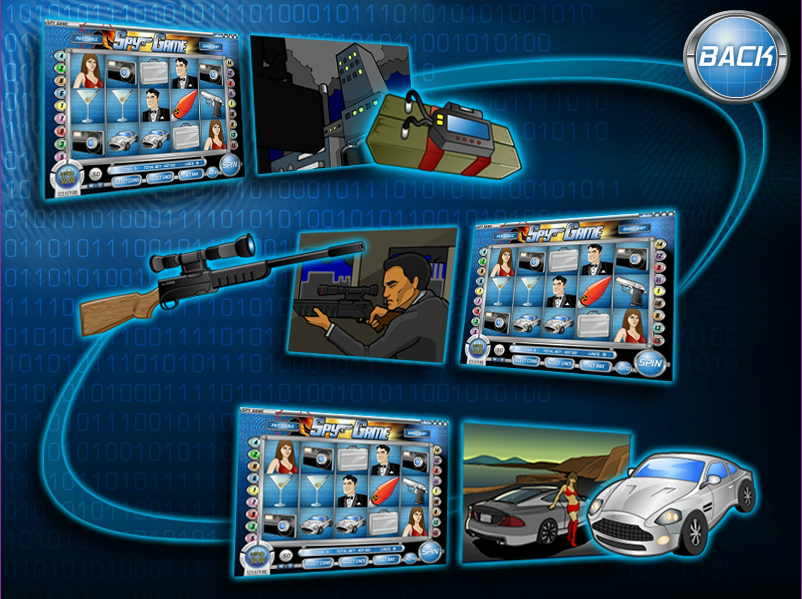 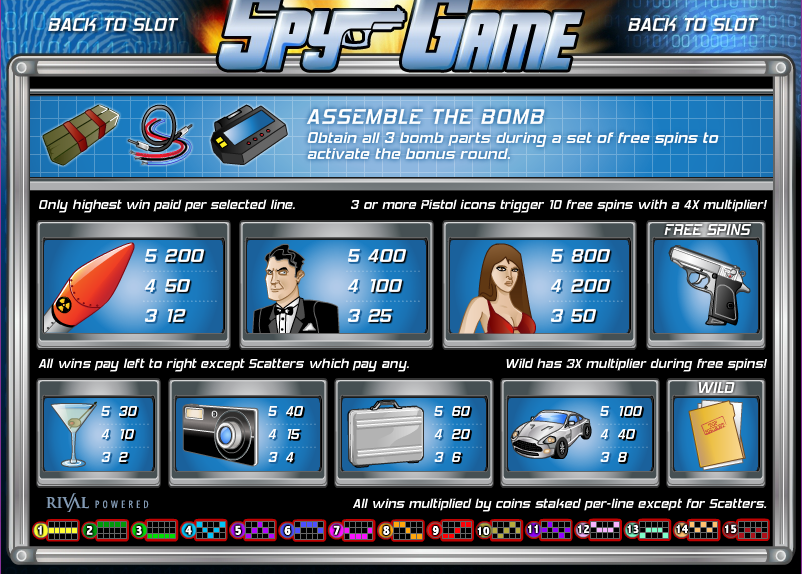 It’s time to don your tuxedo, grab yourself a cocktail and head out into the world to do battle with international terrorism in all it’s nefarious forms. This is Spy Game, it’s developed by Rival Gaming and it’s one of their i-Slots range which aims to deliver a more immersive storyline for players.

Spy Game features five reels and fifteen paylines and those reels are set against the backdrop of binary numbers on a swirling blue background. The main symbols are all those things associated with a spy – a fast car, a metal briefcase, a camera, a cocktail, an attractive lady, our man himself and a nuclear warhead.

A ‘top secret’ dossier represents the wild symbol and a pistol is the bonus icon which will activate the main feature.

Like many in the i-Slots range of games, there’s a narrative at work here and your task is to progress along that storyline as you play the game. Each time you trigger the bonus feature you will have a chance of moving a little further along that story.

Three or more of the pistol symbols are necessary to kick the feature off and it’s a free spins round; you will receive ten spins and all your wins during the round will be subject to a 4x multiplier.

During those ten spins you are required to land three symbols to complete a task; as you can see from the video above the first job is to collect the three bomb components. If you are successful, the next time you trigger the bonus you will have a new task. The three symbols you need only appear on reels one, three and five during the free spins.

If you really want to progress down that storyline on a limited budget then it’s possible to play with minimum stakes and just one payline. That’s because the feature is triggered by scatter symbols which don’t have to be landed on an active payline.

This is one of the simpler i-Slots games and there are probably better ones out there but it’s still fun; it seems relatively easy to trigger the feature and therefore to progress along the narrative.