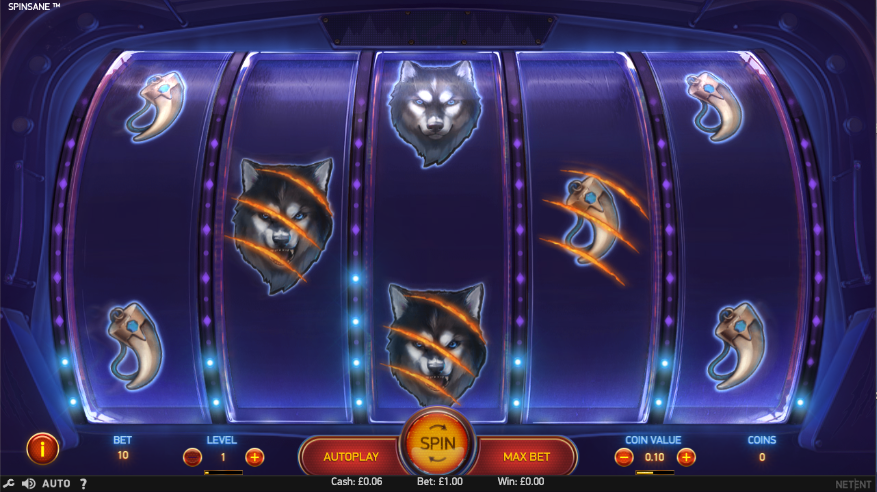 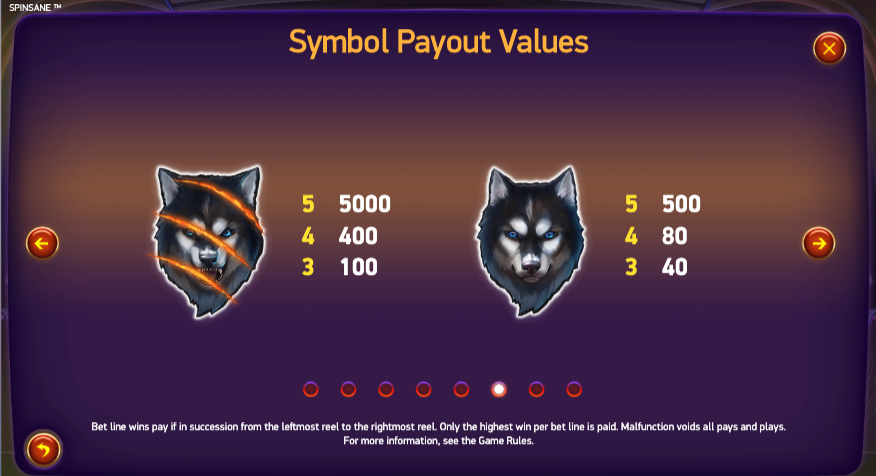 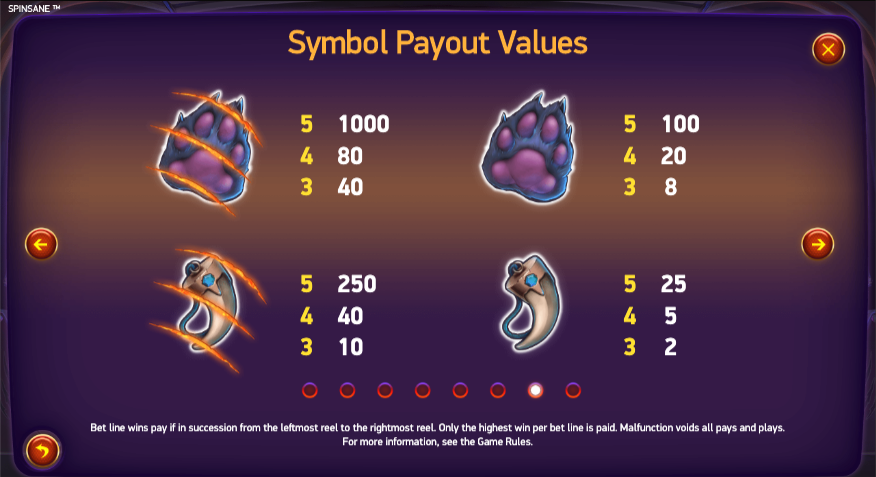 Currently spinning its reels at a Net Entertainment casino near you is this online slot machine themed on the wild wolf; it’s called Spinsane and it seems to be an odd combination of retro tech, blank spaces and wild features to keep things entertaining.

Spinsane is a five reel slot with three rows and twenty seven fixed paylines; the theme is a bit tricky to pin down but those reels seem to be spinning on a set which is both dated and futuristic at the same time.

There are just three standard symbols in play here – the wolf, the paw print and the tooth – but they also have a ‘super’ version complete with claw marks to bring the total to six. These super symbols will act as wilds for their standard version.

The normal wild symbol is a big ‘W’ which appears only on reels two, three, four and five and it will substitute for all others except for the full moon scatter symbol.

One extra spin will be awarded when the round is underway for each scatter symbol which lands and on each spin one of reels two to five will be completely wild.

There have been some rather negative reviews about Spinsane and although it’s not Net Ent’s most polished slot it seems enjoyable enough and it certainly offers something a little different with the overall design and symbol concept. If you don’t try then you’ll never know!