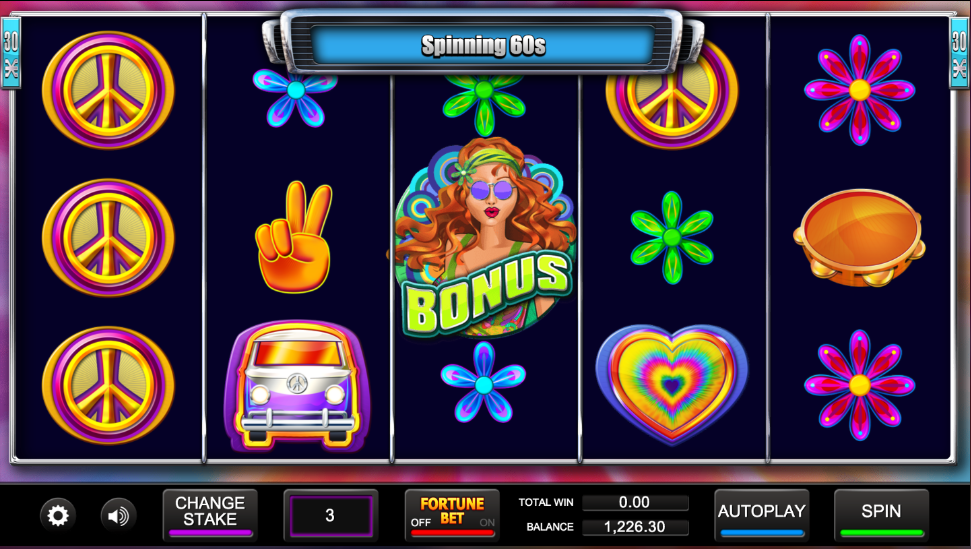 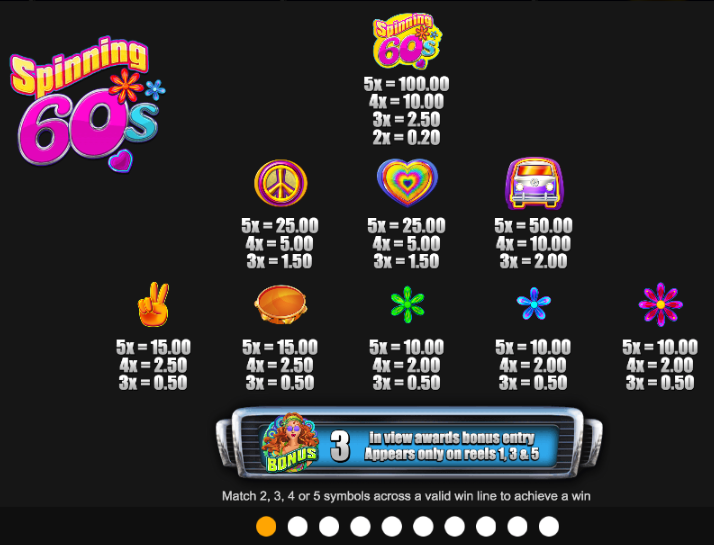 Online slot machines based on particular decades pop up every now and again and this one’s not the first themed on the 1960s, an era of peace, love and some heroic drug abuse; it’s called Spinning 60s, it’s developed by Inspired Gaming and you can find out all about it below.

Spinning 60s is a five reel slot with three rows and thirty fixed paylines; a gentle contemporary soundtrack accompanies your gameplay which takes place on a simple, silver frame with some psychedelic colours in the background.

The high value symbols include the game’s logo, the CND logo, a multicoloured heart, a VW Camper, the two-fingered peace sign and a tambourine; green, blue and purple flowers represent the lower values.

There’s no wild symbol in Spinning 60s but there is a bonus symbol represented by the hippy girl.

This can occur randomly on any spin and up to three reels will be stacked with the same matching symbol (but not the bonus).

Click this button below the reels to double the height of the hippy girl bonus symbols (to make triggering the main bonus easier) for a cost of your stake plus 50%.

This is triggered by landing at least three of the hippy girl bonus symbols anywhere in view for which you’ll receive ten free spins; first though you’ll be asked to pick one of the three question marks to reveal which symbol will be stacked throughout this round.

Spinning 60s is a simple, colourful slot which channels the spirit of that particular decade in a very satisfactory way from the multicoloured symbols to the vaguely psychedelic music; there’s generally a bonus feature just around the corner and an RTP of exactly 95.00%.