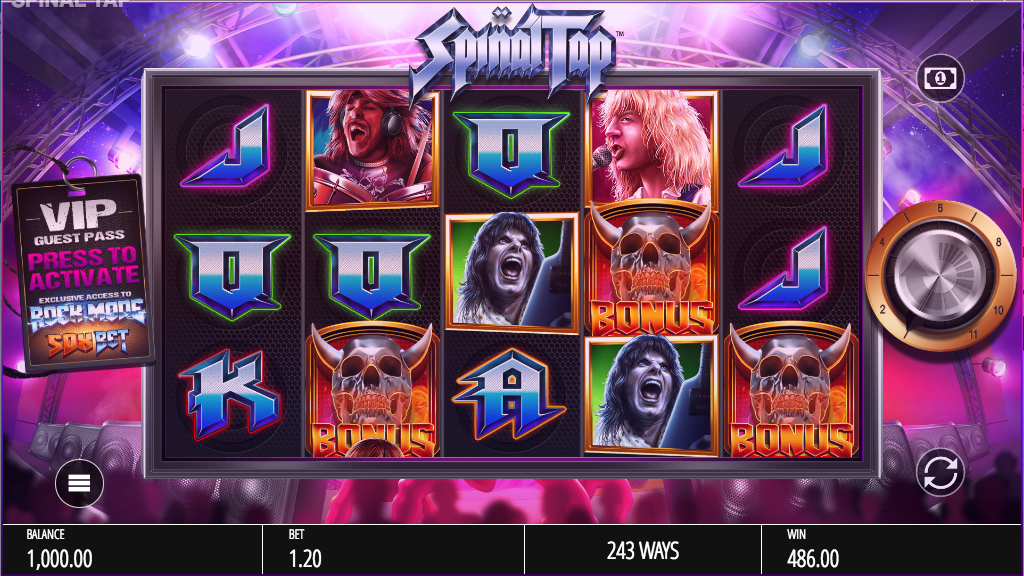 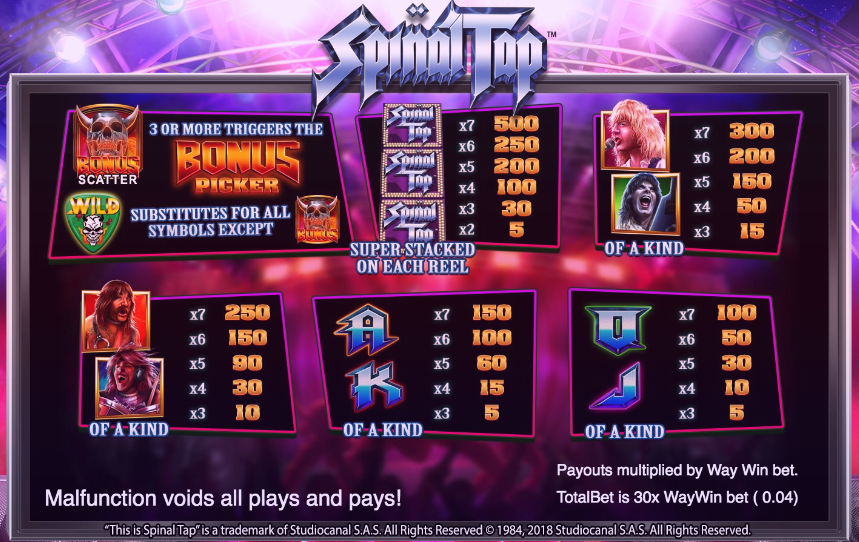 This Is Spinal Tap is the fictional (and very funny) account of the adventures of a British rock band touring the United States in the early 1980s; if you haven’t seen it then it’s time to do so but in the meantime check out this online slot from Blueprint Gaming themed on the group – it’s called Spinal Tap and you can read all about it below.

Spinal Tap is a five reel slot with three rows and a potential 2187 paylines but 243 in the base game; rock music accompanies your gameplay as the band play in some brightly lit auditorium packed with fans.

The high value symbols include the Spinal Tap logo, the four band members David St. Hubbins, Nigel Tufnell, Derek Smalls and one of the temporary drummers (who kept dying in odd circumstances); J, Q, K and A make up the lower values.

The wild is a green plectrum which will replace all others to help form winning combos except for the horned skull bonus symbol.

This is triggered by landing three or more of the horned skull bonus symbols anywhere in view and you’ll be prompted to pick one of the golden vinyls which will determine which of the following features are awarded:

This is an optional extra bet which will cost 50x your stake but you’ll be buying one spin with the 2187 payline layout; in addition a record will spin which will can award Wild Sparks (extra wilds), Heavy Duty Wilds (expanding wilds) or extra bonus symbols added to the reels.

Spinal Tap channels the serious-but-funny nature of the band and the film very effectively and there are loads of bonus features themed on various aspects of their lives as rock stars; it’s a very entertaining slot with plenty going on and it’s worth noting that the RTP increases slightly from 96.92% to 97.02% when using the VIP Guest Pass.