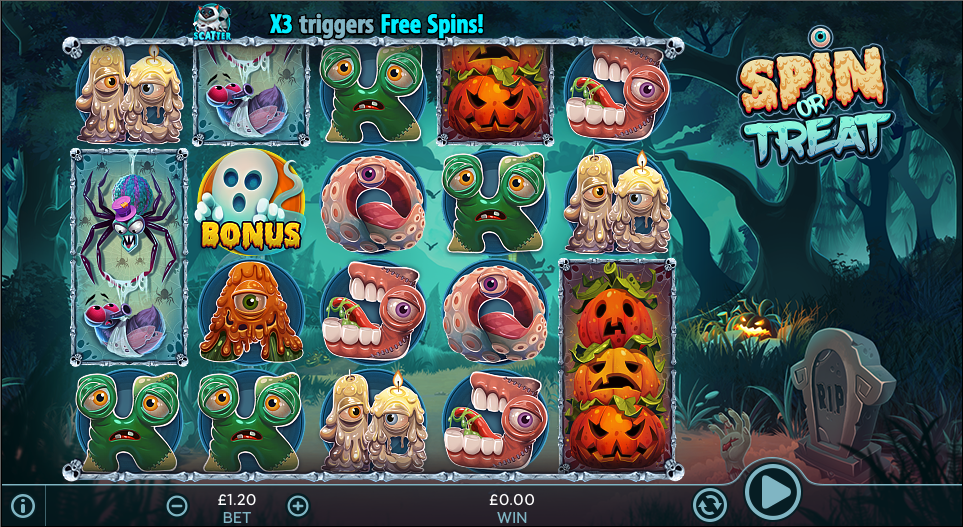 We’ve said it before and we’ll say it again – an online slot with a seasonal theme can be played at any time of year, as long as t’s good enough to hold one’s attention; here we have Spin or Treat, a release from Random Logic with a creepy Halloween theme and two bonus features – find out how it all works below.

Spin or Treat is a five reel slot slot with four rows and forty fixed paylines and the ghoulish symbols spin between rows of bleached bonus above and below; there’s a brooding graveyard scene in the background and a hand emerging from the earth in front of a gravestone.

The high value symbols are all two positions high and include a witch on a broomstick, eyeballs in a green potion, a spider and it’s prey, a gravestone and a stack of pumpkins; various ghoulish creatures in the shape of playing card symbols represent the lower values.

The skull and crossbones is wild and it will replace all others to form winning combos except for the cat/toilet roll scatter and the ghost bonus.

This is triggered by landing three of the ghost bonus symbols anywhere on reels two, three and four and you’ll get to play a two-stage picking game, each of which awards a multiplier value which are combined and applied to the total bet. 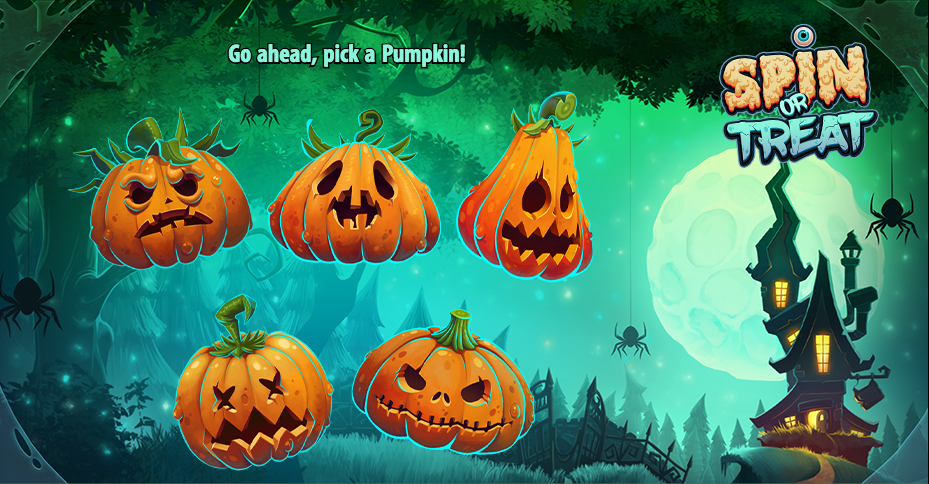 This is triggered by landing three of the cat-wrapped-in-toilet-roll scatter symbols anywhere on reels one, three and five; you will now receive ten free spins and any wilds which land on reels one to four will expand to fill the whole reel if they can form a win.

More spins can be triggered by landing three more cats and it’s also possible to activate the Spin or Treat Bonus from within this round.

Spin or Treat is a slot which is certainly enjoyable enough to be played at Halloween or any other time of the year should it take your fancy; the graphics are splendidly horrible and the features seem relatively easy to trigger. This game comes with an RTP of 95.86%.