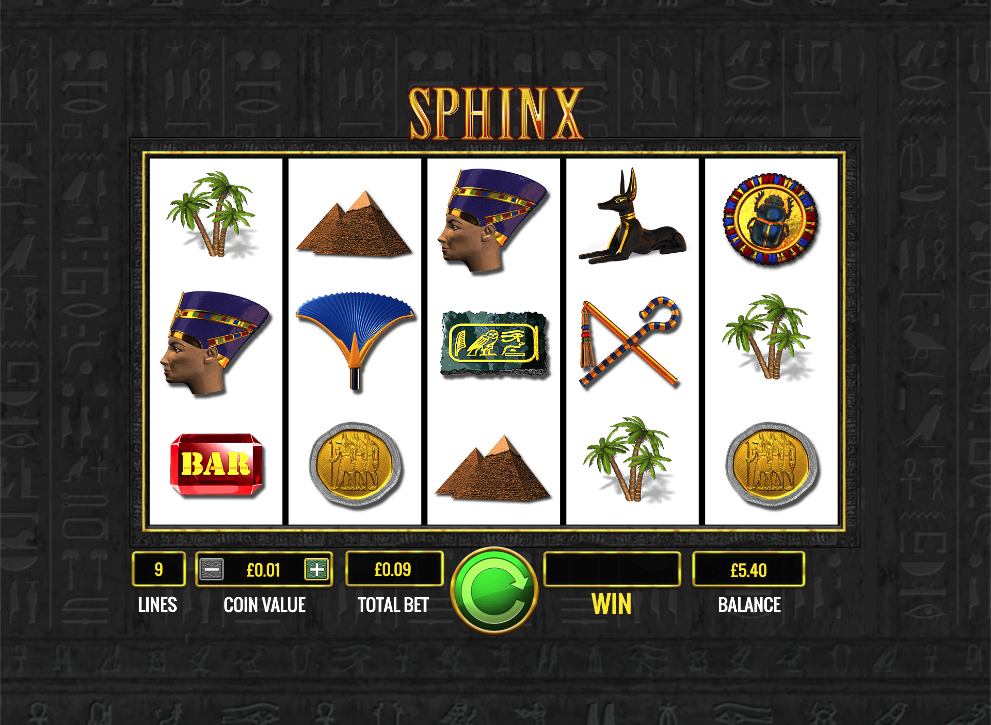 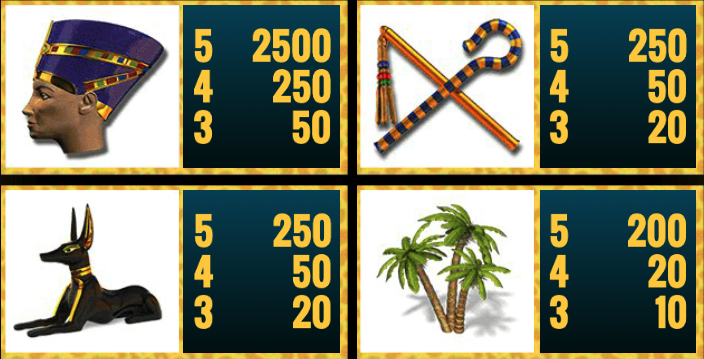 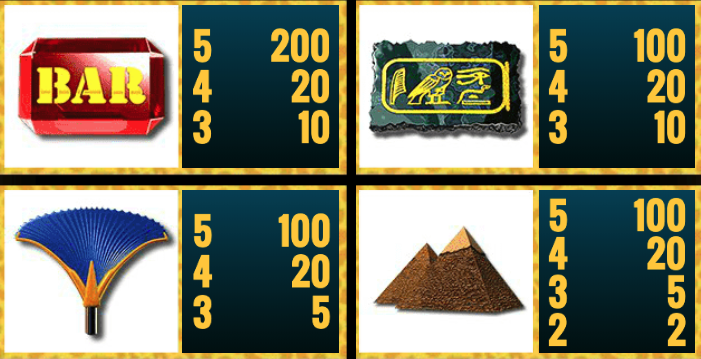 A wall of hieroglyphics behind the reels provides us with the clue that we are once more back in Ancient Egypt to try our luck on an online slot machine themed on the gods and culture of this dusty country; it’s called simply Sphinx, it’s developed by IGT and it offers players a picking round where it’s possible to win big prizes in the Sphinx Chamber.

Sphinx is a five reel slot with three rows and nine fixed paylines; a thin golden frame surrounds those reels which float against a wall covered with extensive hieroglyphics for which we’d need the Rosetta Stone to translate.

The symbols are mostly related to the theme and include the female profile, the crook and flail, a statue of Anubis, some palm trees, some hieroglyphics, the pyramids, the bar and the fan.  The head of the Sphinx is wild and it will replace all standard symbols to help form winning combinations; the gold coin and the scarab beetle are the scatter symbols.

Landing at least three of the gold coin scatter symbols anywhere in view will activate the Sphinx Bonus and this starts with a picking round in which you’ll get one pick for each payline with three scatters on (up to a maximum of five picks). Prizes in here are worth up to 250x the stake but you may also find the Sphinx statue which will open another picking round where prizes are worth up to 2500x the stake value.

Sphinx is a simple but high quality addition to the Egyptian-themed slots already out there and it’s those intricate graphics which set it apart from others in this genre.