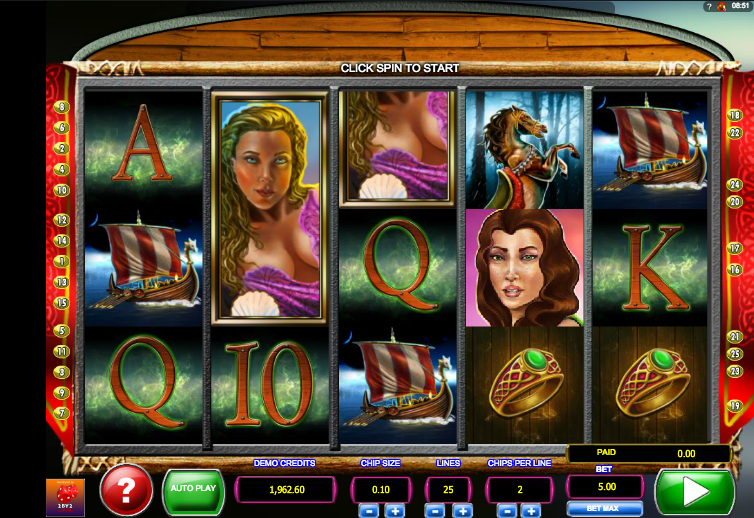 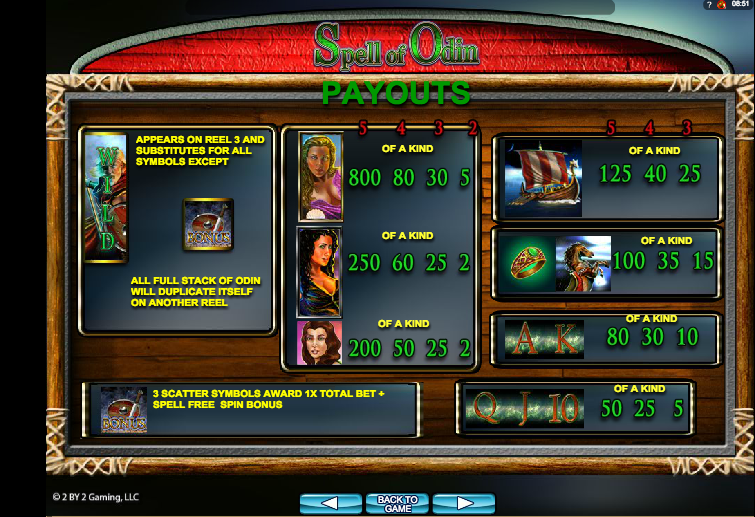 We like a Norse god-themed online slot as much as the next person and so we were pleased to be able to check out this release from 2by2 Gaming. It’s called Spell Of Odin and the eponymous character is of course the Norse god of a number things including death, battle and poetry.

Spell Of Odin is a five reel slot with three rows and up to twenty five paylines and there’s a dark, stormy atmosphere to this game reminiscent of a Northern European winter. The dramatic background music adds to the occasion.

There are six high value symbols – a rearing horse, a glowing green ring, a Viking longboat and three different girls; the black and blonde-haired girls occupy two vertical positions on the reels. Lower values are the usual 10, J, Q, K and A.

Odin himself is wild and appears only on reel three; he is also stacked three positions high to help out with potential wins. The scatter symbol is a sword/shield combo which activates the main feature.

We already know that Odin can appear stacked on the centre reel; if he does fill it completely he will also turn one more reel completely wild which can lead to bigger wins.

Landing three of the scatter symbols anywhere in view will trigger this free spins round and you will be offered three gameplay choices as follows:

More spins can be re-triggered in all three options by landing three+ more scatters.

So which free spins option to choose? We’ve had the best payouts with the Extra Scatters and Wilds but there’s probably not much in it.

We like the drama and atmosphere of Spell Of Odin; it’s not exactly state of the art in terms of graphics but the bonus feature options are a nice touch. The RTP is not listed for this game unfortunately.