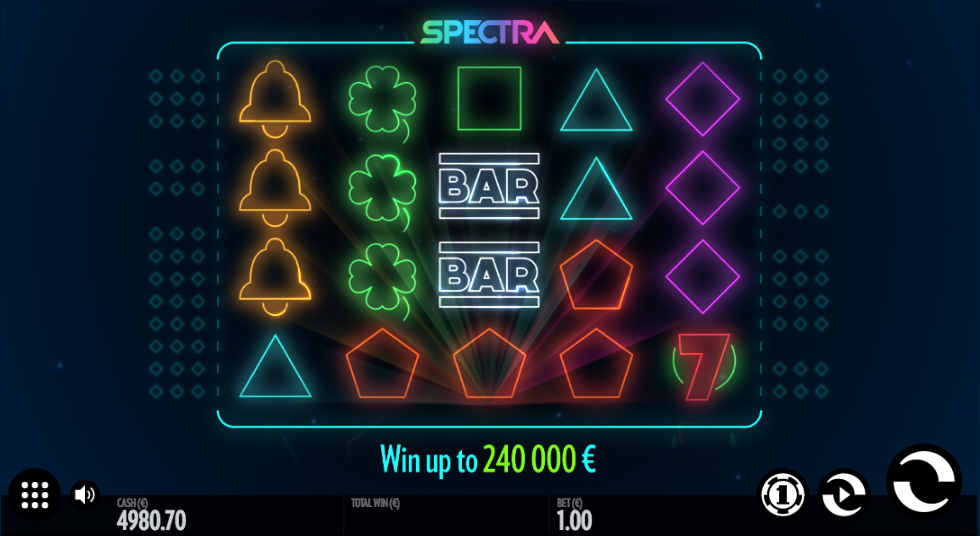 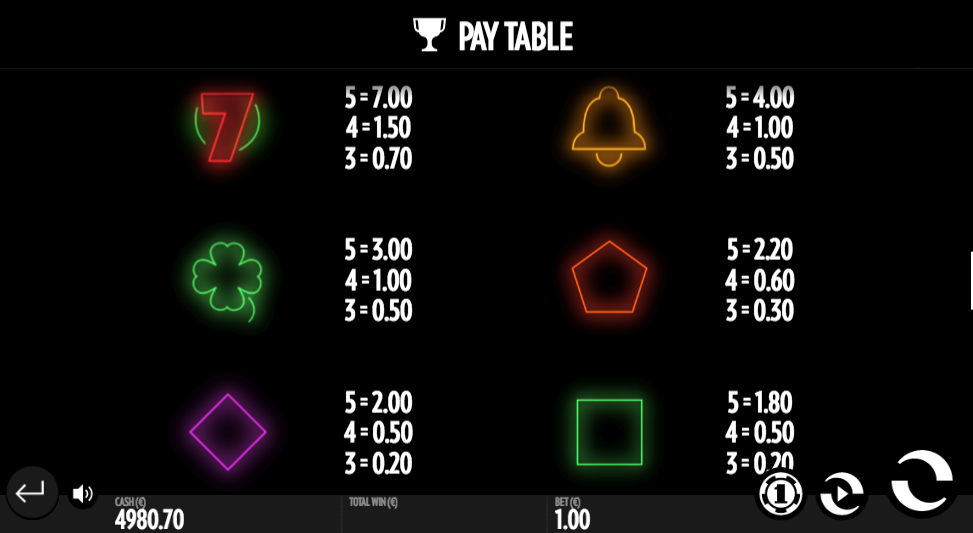 Certain online slots have an attraction for those of us of a particular age because they are designed to look like the early arcade games such s Space Invaders and Galaxian. Spectra is a good example of this, it’s developed by Thunderkick Games and although it doesn’t really have an obvious theme, the design is definitely science fiction – you can read all about it below.

Spectra is a five reel slot with four rows and thirty fixed paylines; the design is simple but futuristic in a 1970s way with plenty of thin neon lines and a twinkling soundtrack to keep things ticking along.

The wild symbol is a multicoloured ‘W’ and it will substitute for all others to help create a winning combination – additionally it will always appear stacked on the reels. There are no bonus or scatter symbols.

This is the only extra feature and it occurs each time a wild appears on the reels (or one position off the reels if next to a payline). After any payouts the wild stack will move one place towards the centre row and you’ll get a free spin with the wilds frozen in place. Once the wilds have reached the centre row any respins end.

Spectra’s design could be described as sparse but it fits the theme perfectly; it has some nice graphical touches, it’s colourful, playable and it comes with an RTP of 96.40%.